Remember how Apple just got in trouble for deliberately slowing down old iPhones? Samsung was just called out for the same thing. Antitrust authorities are now investigating both Samsung and Apple for their part in “unfair commercial practices.” More specifically, Samsung and Apple now part of two separate proceedings for “exploiting the shortcomings of some components to reduce the performance of their products over time and induce consumers to purchase new versions of the same.”

If Samsung is indeed in the same boat as Apple when it comes to slowing down old phones, it won’t look good for the company. It’ll look especially bad, considering they took stabs at Apple when Apple was first called out on their slowdown policy in the United States. As a quick refresher, the following paragraph is what Samsung delivered back in late December, 2017.

“Product quality has been and will always be Samsung Mobile’s top priority,” said a Samsung representative. “We ensure extended battery life of Samsung mobile devices through multi-layer safety measures, which include software algorithms that govern the battery charging current and charging duration. We do not reduce CPU performance through software updates over the lifecycles of the phone.” 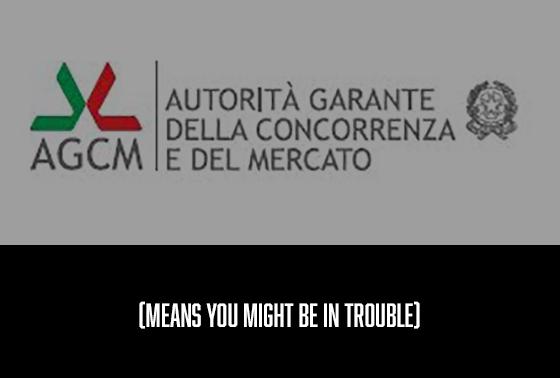 On Thursday the Italian Antitrust Authority (Autorita Garante Della Concorrenza E Del Mercado, or AGCM) suggested that both Apple and Samsung are potentially guilty of the same Consumer Code violations. “They would have been proposed to customers software updates of their mobile phones without reporting the possible consequences of the same update,” said the AGCM, “And without providing sufficient information to maintain an adequate level of performance of such devices, promoted and purchased for their specific and high technological characteristics.”

SEE TOO: Androids don’t slow like iPhone, but maybe they should

This investigation is no joke. In addition to the Autorita Garante Della Concorrenza E Del Mercado, both the Special Antitrust Unit of the Guardia di Finanza and the technical profiles of operations by the military of the Special Unit of Technological Frauds of the same Corps. They’re not pulling any legs here- they mean business.

This announcement from the AGCM was released on the 18th of January, 2018. The investigation will have already commenced by the time this article is set to go live. Stay tuned as we investigate this investigation as far as necessary.