The use of satire and parody over the Internet isn’t new, but as always, humor doesn’t travel well over TCP/IP. And given its very nature, such jokes often end up offending involved parties. Unfortunately, there are times when the law can be used, or abused, by offended parties to their benefit. That may seem to be what Samsung has just done in using a copyright takedown notice against a popular GTA 5 mod that literally used the Galaxy Note 7’s explosive powers. Unfortunately, as with any legal, especially copyright, matter, things are not as straightforward.

At the height of the Galaxy Note 7 case, a modder by the name of HitmanNiko publicized a GTA 5 mod that replaced the art asset for the game’s sticky bomb with that of what is shown to be a Samsung smartphone. Although it’s not specifically labeled as a Galaxy Note 7, given its fiery uses, one can just connect the dots.

The mod and its video made rounds over the Internet, causing no few laughs. Samsung, however, wasn’t laughing. Wielding the might of the Digital Millennium Copyright Act, it sent YouTube a notice about the video. And as per YouTube’s policies, said video was taken down, putting the burden of proving innocence on the accused. According to the creator of the video, YouTube has so far been unresponsive.

The knee-jerk reaction to this is that Samsung is just sour graping over an obviously embarrassing moment in its history. And while that may be true, given the timing, the law might actually be on Samsung’s side, regardless of its intention. The mod, and the videos that make use of the mod, make clear use of Samsung’s logo, which gives it leverage over copyright infringement claims. 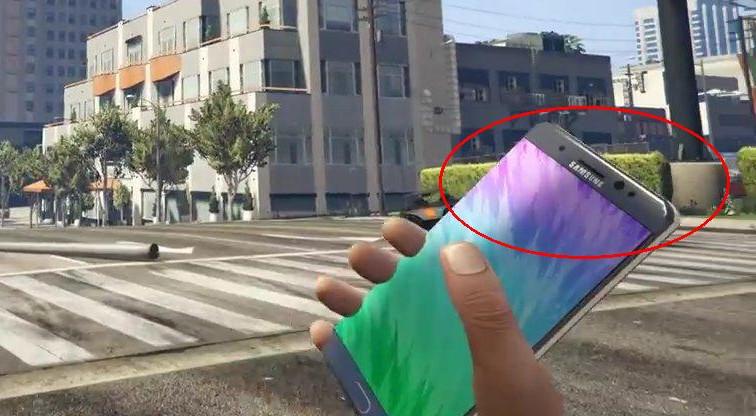 On the flip side, it is, after all, a parody and Samsung really has no one to blame but its self. Whether that will eventually fall under fair use remains to be seen, but there are already those on the Interwebs rallying against the already embattled company.

The mod, by the way, remains online and probably needs only a tweak or two to become free of any copyright problems. By now, anyway, everyone knows that if a smartphone explodes, it must be a Samsung.