Samsung holographic phone on the horizon

We’re inching ever closer to the time at which holograms are a real possibility for mobile smart devices. Only a few years ago I’d have completely disavowed the possibility that a mobile hologram were a reasonable pursuit of a major mobile tech company. Now, with what we’ve just seen in the last year – and what we’re expecting in 2019 – the possibilities don’t seem nearly so impossible.

The technology Samsung’s looking at is encapsulated in a patent filed by the company as a patent under the name “hologram reproducing apparatus and method thereof.” The tech appears to create a holographic image that floats above the handheld device as if manifested by magic. In reality, the tech requires an array of what’ll probably be rather costly bits of hardware. 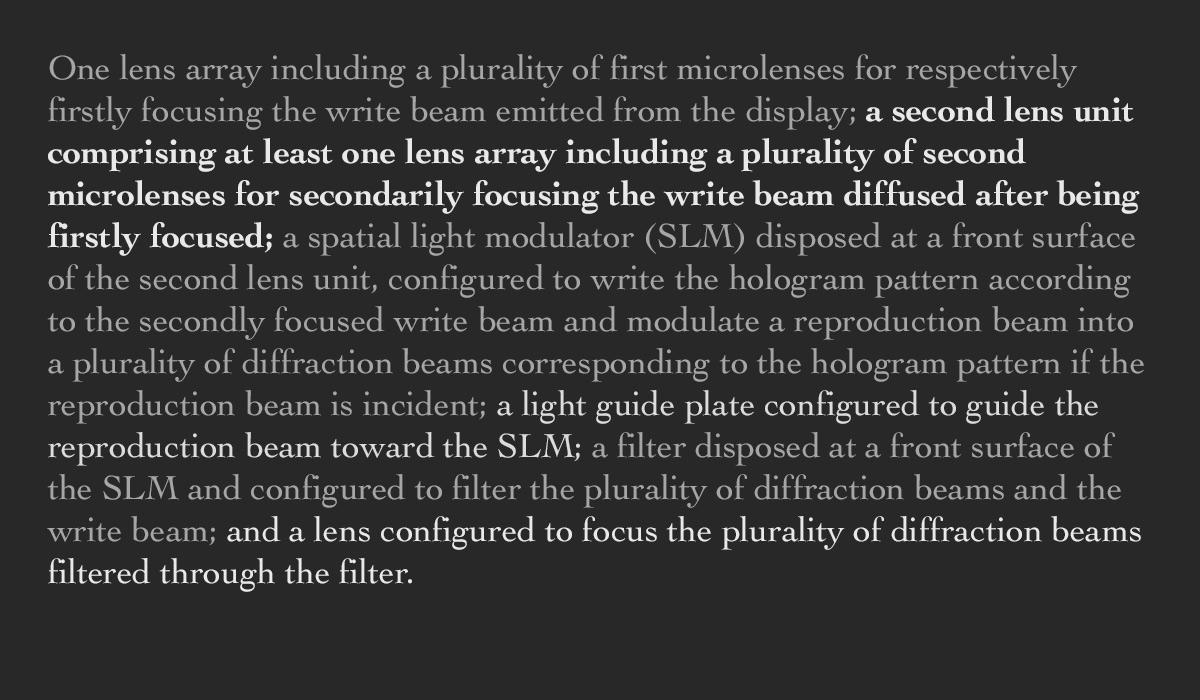 Required for this hologram reproducing machine are the elements listed above. It would seem that this first release from Samsung uses an LCD panel rather than OLED, and – perhaps most importantly – an SLM. In this release, SLM means Spatial Light Modulator, and it’s referred to throughout Samsung’s description of the Hologram Reproducing Apparatus. 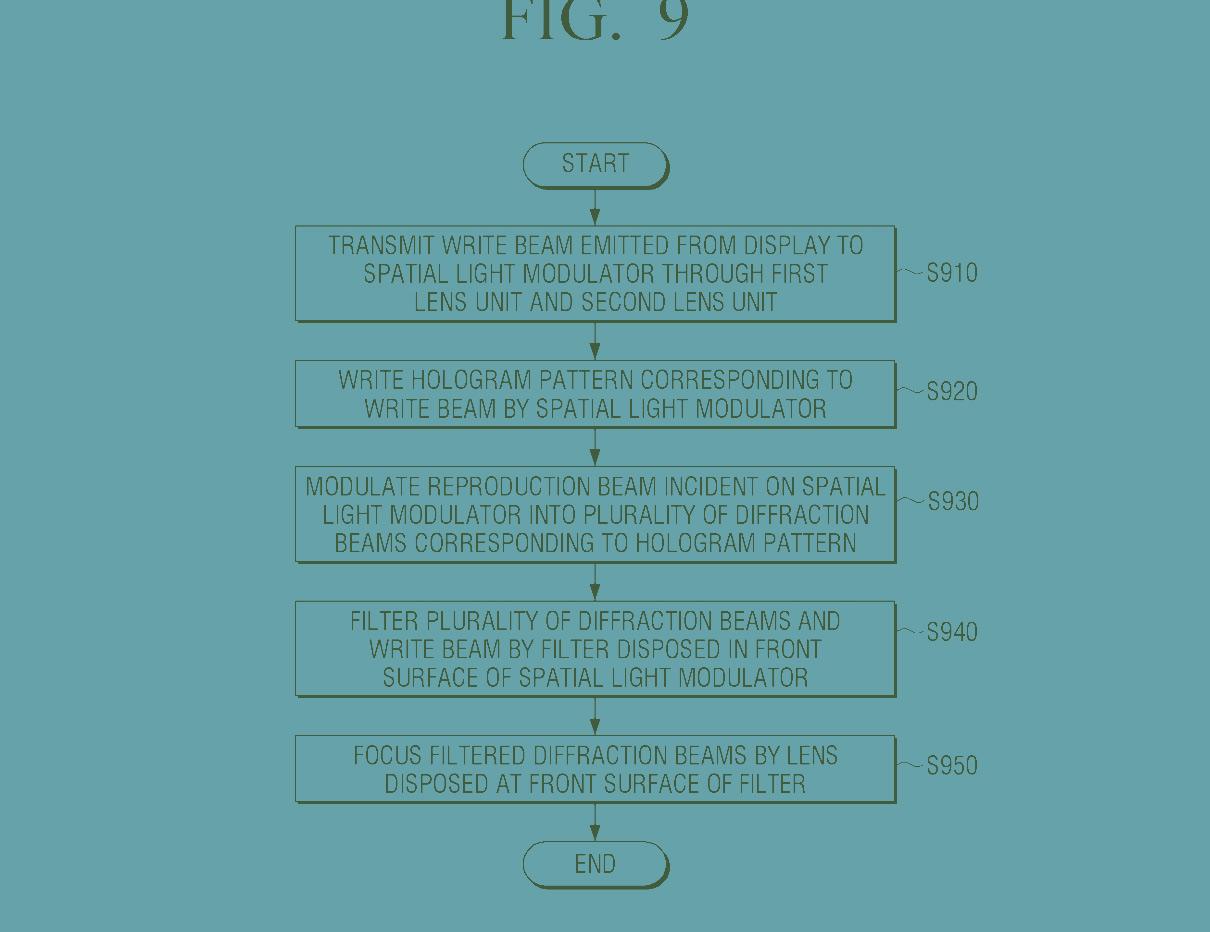 The solution Samsung seeks bypasses current limitations of the only SLM solutions available (as consumer-aimed components). These current solutions show holographic imagery with resolution dependent on “pixel pitch”. Pixel pitch is the density of pixels on a display. Samsung’s new solution is an “optically addressed SLM that is not affected by the pixel pitch and records and reproduces the computer-generated hologram pattern by light.” 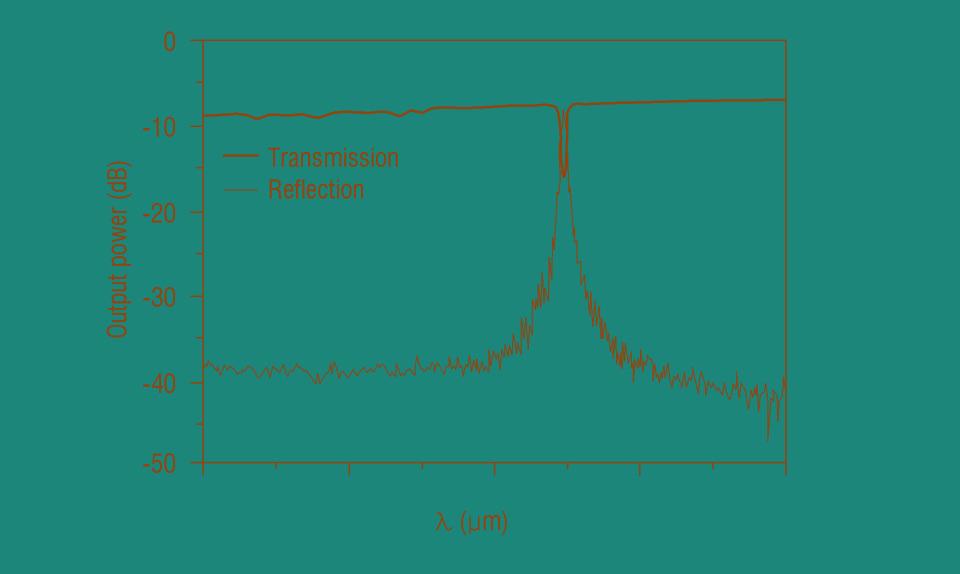 As mentioned by the folks at LetsGoDigital, different iterations of this technology have appeared attributed to Samsung in WIPO and USPTO over the last year or so. This is the most clear description of the technology we’ve had yet – and it’s still pretty abstract. You might also remember some holographic glasses patented by Samsung in 2017. 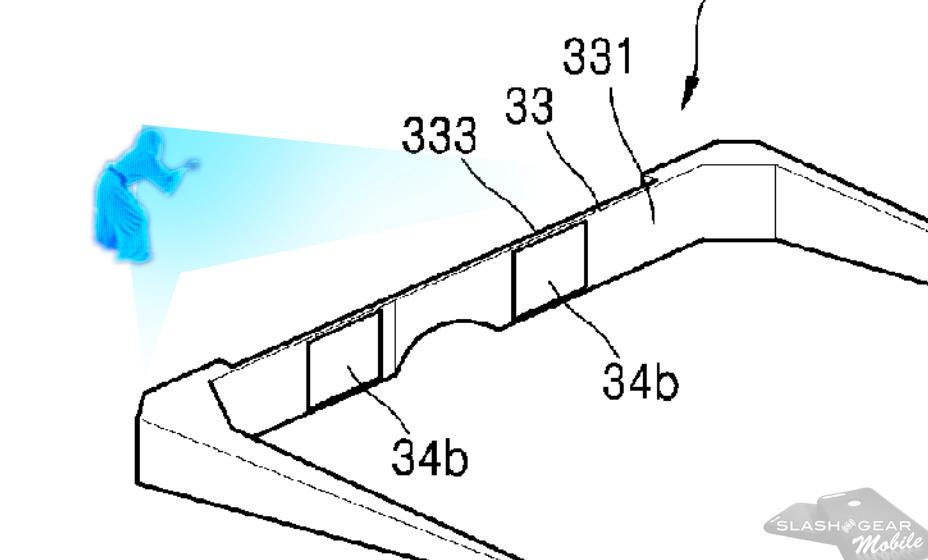 If what Samsung describes is made real – and somehow made with a mobile device that’s not “a large bulky shape” as they’ve described it – they’ll have something amazing on their hands. For now we’ll have to settle for the lesser amazing breakthroughs coming in the next year, like holes in displays and displays with cameras behind them that can see through said panels.