Samsung gets back into the rugged business with Xcover 3

After more than two years, Samsung is finally giving its Xcover line a chance in the market again. Now at its third generation, the line whose name is evokes images of toughness and protection, the smartphone gets up to date with the latest in industrial-friendly features. But if you expect the formidable sounding Xcover 3 would be Samsung’s premiere rugged smartphone, you’d be greatly mistaken. This is no Galaxy S6 Active and, for all intents and purposes, is an incremental upgrade to 2013’s Xcover 2.

While the Xcover 3’s 4.5-inch screen is indeed higher, it still has the same 800×480 WVGA resolution as its predecessor. The processor, fortunately, has been upgraded, now with a 1.2 GHz quad-core chip instead of the previous 1 GHz dual-core. Although a recent leak suggested only 1 GB of RAM, Samsung bumped it up just a wee bit to 1.5 GB. Internal storage has been doubled to 8 GB. While the rear camera remains at 5 megapixels, the front-facing shooter has been upgraded to a 2 megapixel one.

Of course, the Xcover 3’s real calling is in its toughness. Sadly, it comes just a point short of having the highest IP rating, stopping at only IP67. This means that it can survive being in the water for 30 minutes at a depth of 1 meter. Samsung adds MIL-STD 810G to that, providing ample shockproofing to the smartphone. Unlike Samsung’s main smartphone line, the Xcover has 3 physical buttons for home, back, and multitasking, as well as one for turning on the LED flash. This makes the phone’s basic functions available even when wearing gloves. 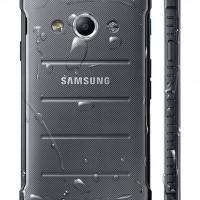 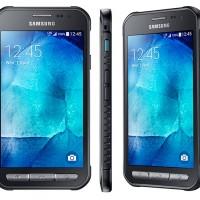 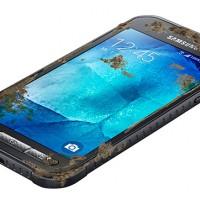 The Samsung Xcover 3 will make its first public appearance at CeBIT next week in Hannover, Germany. It will then launch sometime in April with a price tag of 275 EUR, around $289 when converted.