Three versions of Samsung’s newest smartwatch, the Gear S2, have been revealed today. Each of the three, the Samsung Gear S2, Gear S2 classic, and Gear S2 3G will come with round faces and Tizen for their software platform. While the Gear S2 and S2 classic will come with Wi-fi connectivity, a Gear S2 3G version will also be released with the same specifications save a slot for a 3G SIM card. Each of these devices will also come with Bluetooth 4.1 and NFC, and will be released likely by the end of the year.

The Gear S2 will have two different color combinations, one in Dark Gray with a Dark Gray band, the other in Silver with a White band. Again, the Gear S2 classic will be all black and black.

Samsung suggests that the Wi-fi editions of these devices will last between 2-3 days, while the 3G version will last closer to 2 days. 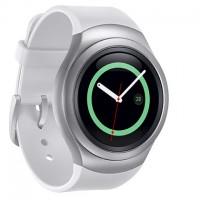 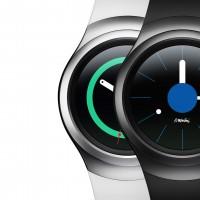 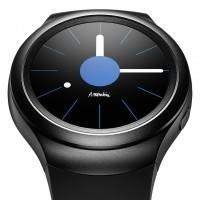 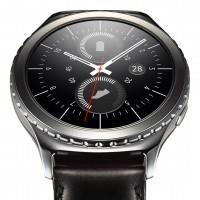 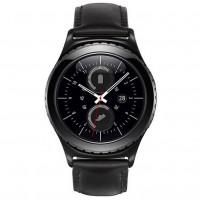 UPDATE: Above you’ll see a gallery with more images of the Gear S2, S2 3G, and S2 classic.

UPDATE 2: The Samsung Gear S2 “both Bluetooth and 3G connected models” will be available from Verizon. So says Verizon – without availability dates or pricing – but there it is!

Samsung also mentions today that the Gear S2 with 3G will work with the first-ever e-SIM with voice capability. They say that this means that users will be able to “perform quick functions without being closely tethered to their phone,” which to us makes it seem like the SIM card is doing voice processing, which would be… very strange. It’s far more likely that the SIM would continue to provide data while the smartwatch’s processor does the heavy lifting.

Samsung’s inclusion of NFC here means users will be able to make mobile payments with their wrist. At this time we’re unaware of any currently-active apps for mobile payments on Tizen, but we’d be unsurprised if the first were Samsung Pay.

Pricing and retail release has not yet been revealed for the Gear S2, Gear S2 classic, or Gear S2 3G.