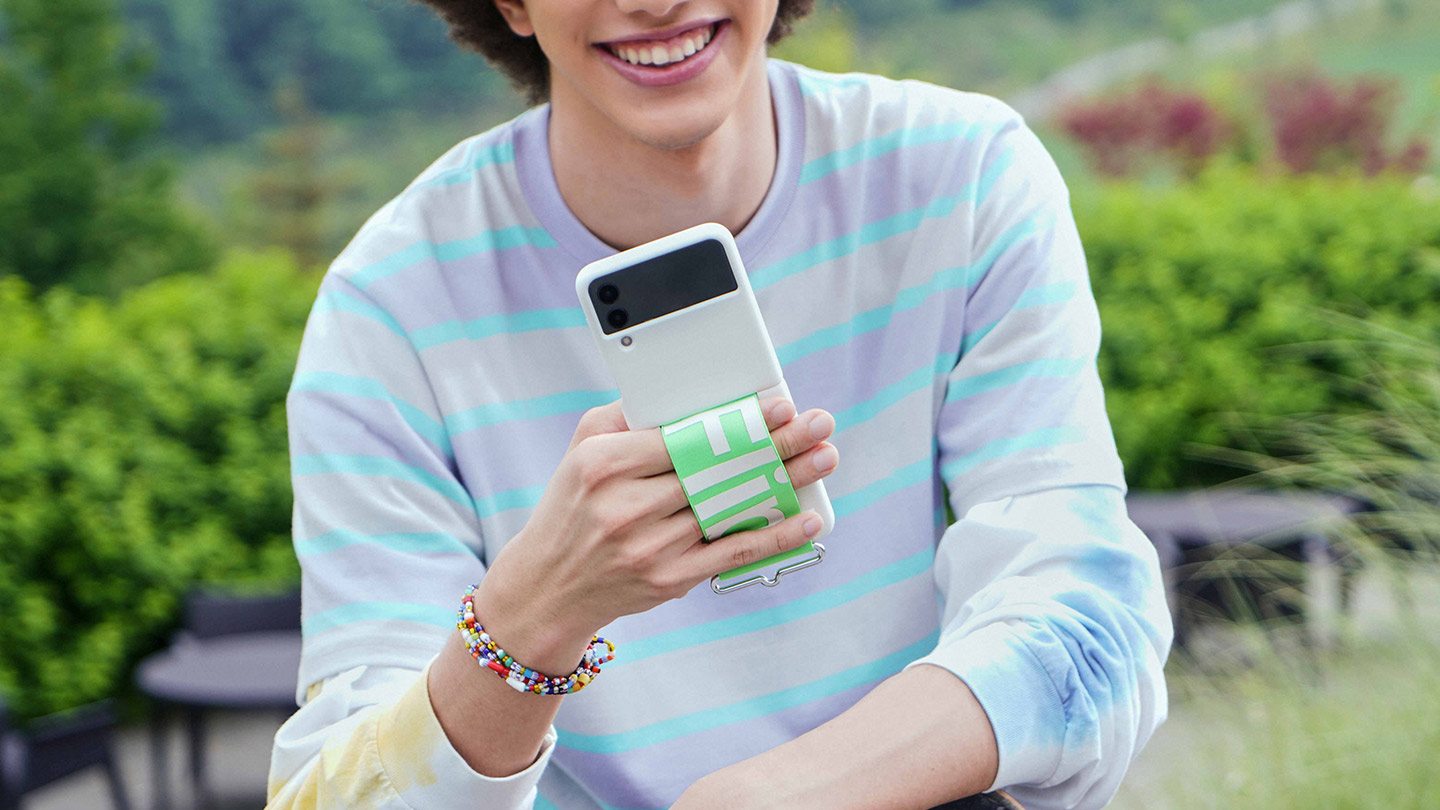 Both the old and the new Flip devices have a fingerprint sensor on their side for wake up and unlock. Both machines have effectively the same set of cameras on their front (inside) at 10MP with F/2.4 aperture. The external cameras are also effectively identical to their predecessors, though they come packed in a very different looking array. The Galaxy Z Flip 3 also works with Super Clear Glass with Corning Gorilla Glass with DX where the old machine does not, for what it’s worth.

*Differences start to appear in the quality of the displays. The foldable display is the same size as its predecessor, is still called FHD+ Dynamic AMOLED, with Infinity Flex Display branding, but it’s quoted as having 2640 x 1080 pixels, while its predecessor had 2636 x 1080 – you’ll get four more pixels! 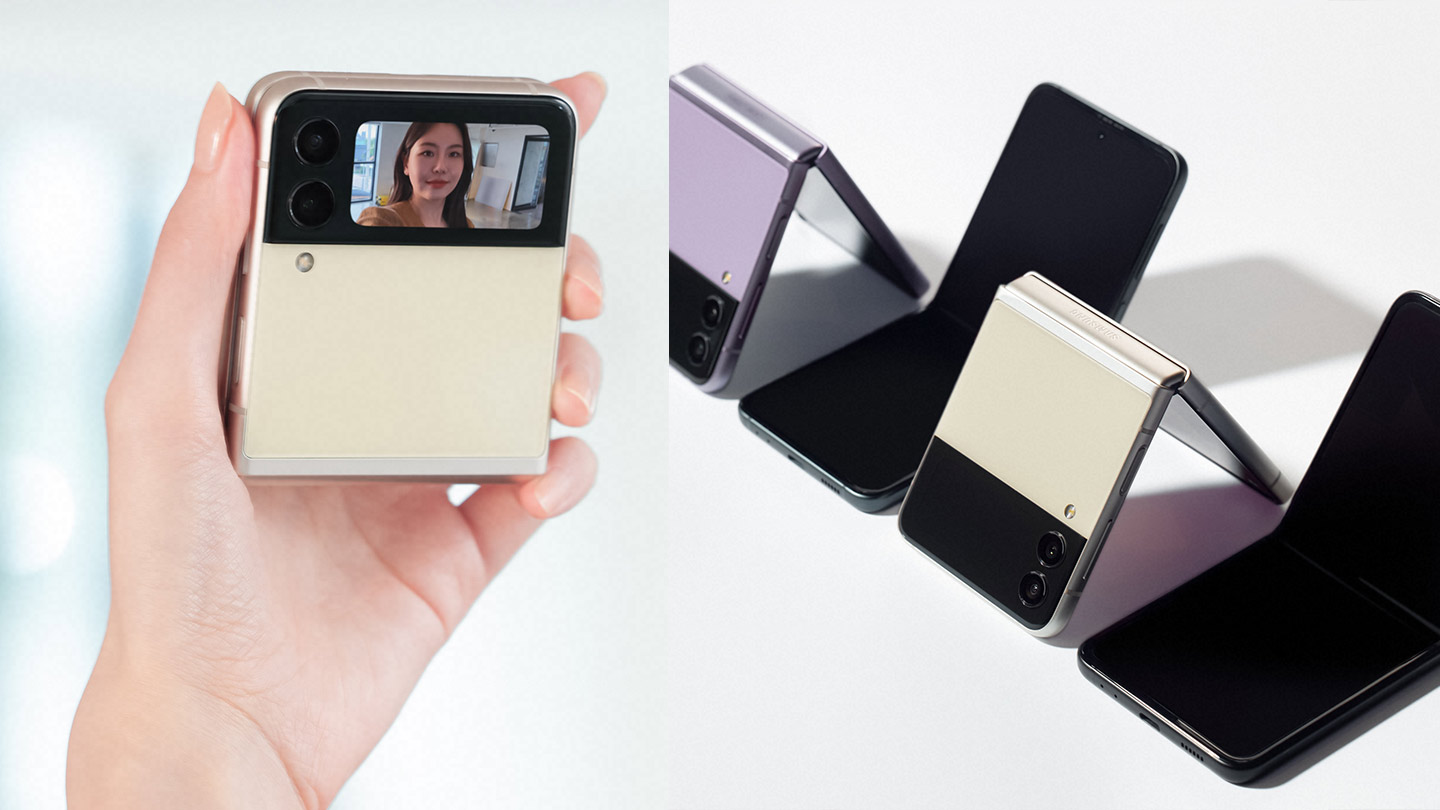 The new Samsung Galaxy Z Flip 3 works with a new processor – the Qualcomm Snapdragon 888, where the previous Flip worked with the Snapdragon 865. The old device was available with 8GB RAM and 256GB internal storage with UFS3.0. The new device has UFS3.1 storage with two options: 128GB or 256GB. Both versions have 8GB RAM.

The Galaxy Z Flip 3 has a stereo speaker system while the previous release had just the mono speaker system. Both devices had Dolby Atmos sound system branding. 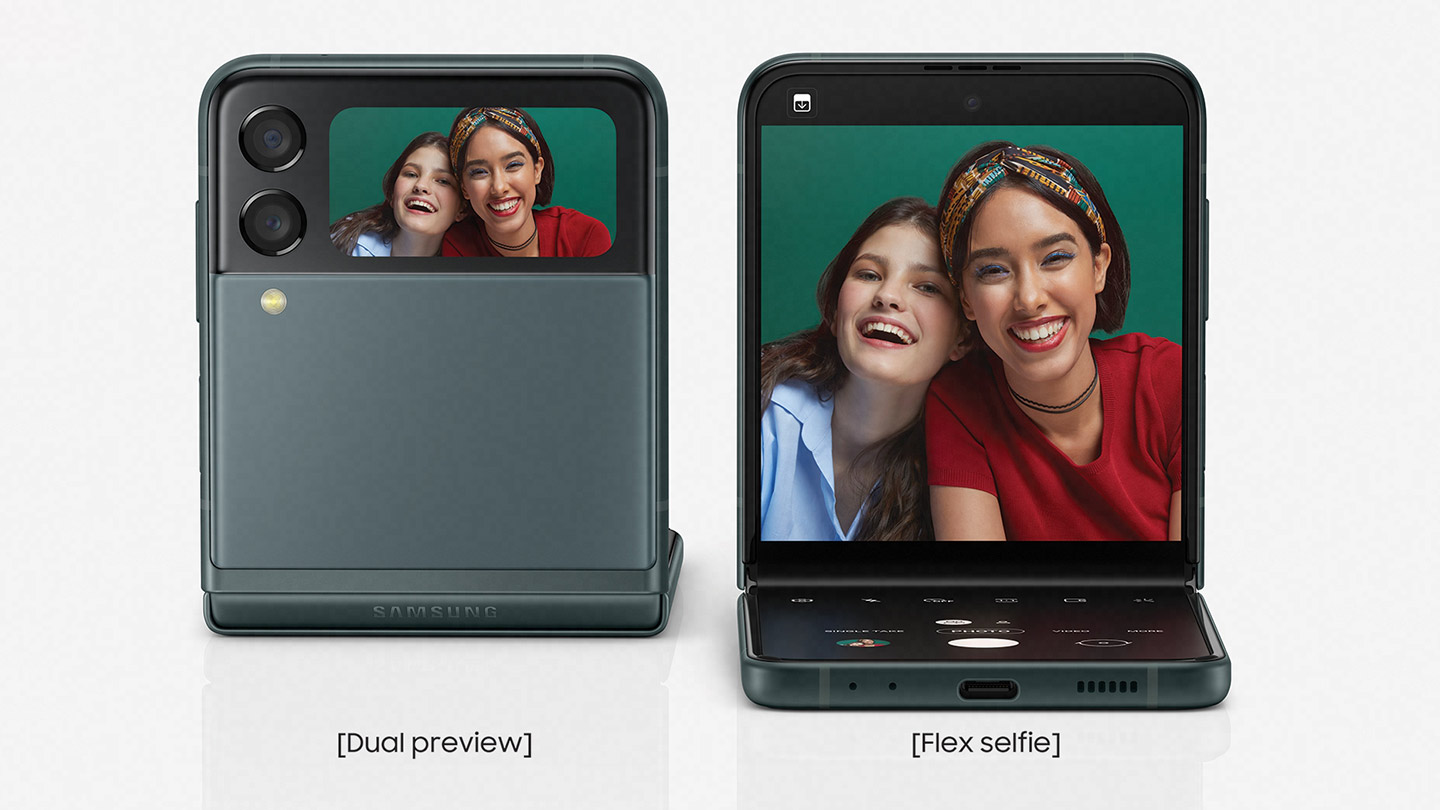 The new Galaxy Z Flip 3 has IPX8 water resistance where the previous device had none. The new device has Corning Gorilla Glass Victus on all of its external surfaces (save the camera lenses and the foldable display panel). The entire device has what Samsung calls Armor Aluminum to deliver Samsung’s “strongest aluminum frame yet.”

The Samsung Galaxy Z Flip 3 will have more options for colors than almost any Samsung smartphone released before (at least at launch). Included on release date are the colors Cream, Green, Lavender, and Phantom Black. Also included for sale on launch day, but exclusively from Samsung.com, are the colors Gray, White, and Pink. 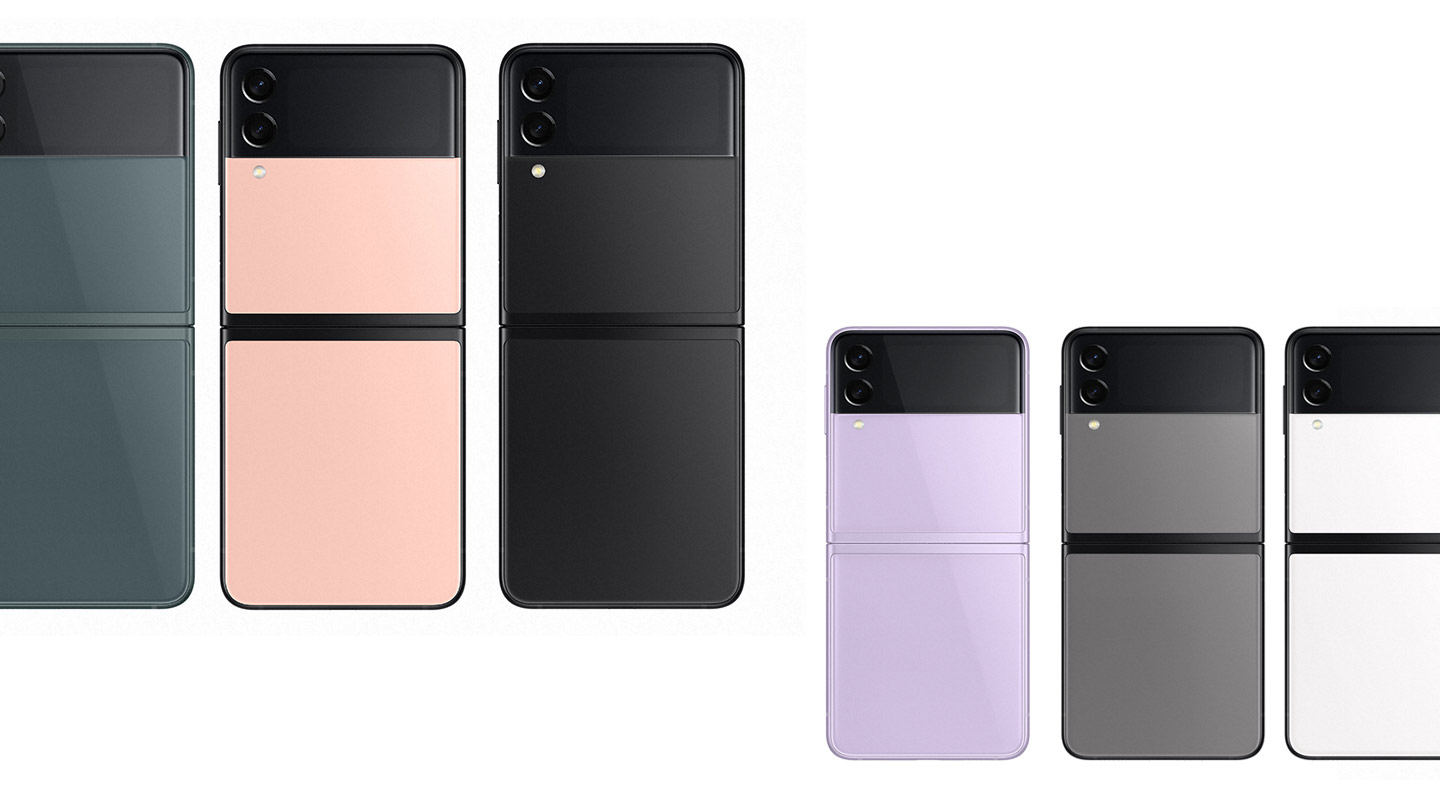 Above you’ll see all the colors available except for Pink. Below you’ll see Cream (in a splash of water). 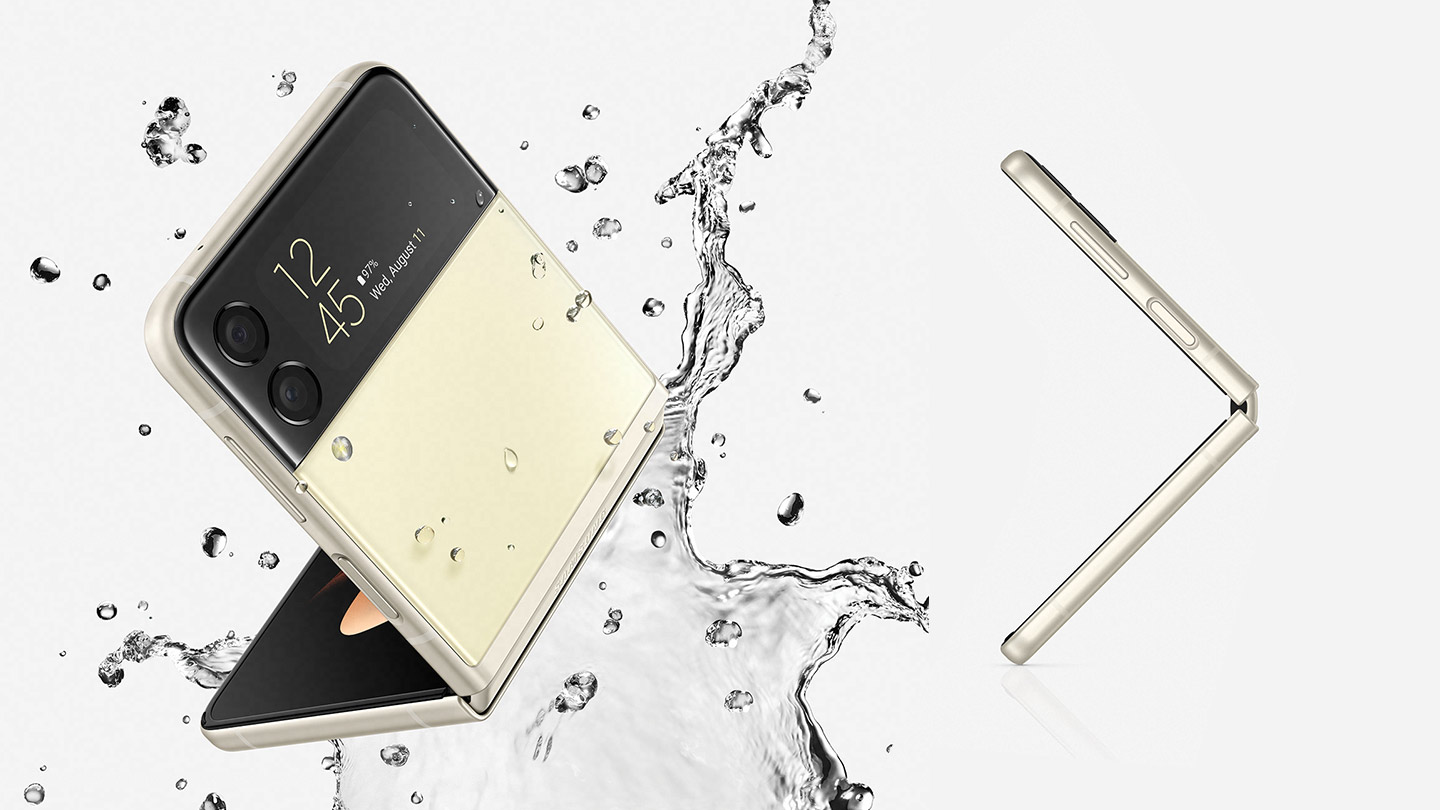 The Samsung Galaxy Z Flip 3 has a starting price of approximately $999.99 USD. That’s for the 128GB internal storage size version of the machine. If you’re buying this device on pre-order between August 11 and August 26, through Samsung.com, you’ll get $150 Samsung Credit. People who pre-order through Samsung.com or the Shop Samsung App AND opt-in to a 3-year Samsung Care+ plan will get a “discount on the total plan price” as well as no monthly payment for the first 12 months. Samsung suggests that this plan is “cancellable at any time.”