The next major release from Samsung in the foldables department leaked in press images this week. The Samsung Galaxy Z Flip 3, the third iteration of the clamshell foldable smartphone (with foldable display), appeared in imagery that shows the machine front, back, side-to-side, and both open and shut. This is one of at least two smart devices that’ll likely launch at an event set to take place on August 11, 2021.

In leaked imagery from WinFuture’s Roland Quandt, we see an elegant foldable smartphone that appears shockingly sleek and flat. We see a USB-C port at the bottom of this phone along with a speaker grille and a pair of microphone holes.

SEE TOO: Samsung Galaxy Z Flip 3 needs to be cheaper, or this will never work

Unfolded and on the back – or the outside, however you’d like to imagine it – we have two large panels that cover the bulk of the device flanked by metal borders that surround the phone’s cameras, buttons, and displays inside. There’s an LED flash just below the two outward-facing cameras, and the two cameras sit to the left of an exterior display, all under a pane of protective glass.

The right of the device has a volume rocker and a home/lock button, in the same color of the surrounding metal encasement. Earlier leaks suggested that the black panel (with the glass) a the back would be black no matter the color of the rest of the device. Rumors suggest that there’ll be a least 5 different color options, including black, gray, white, purple, and green. 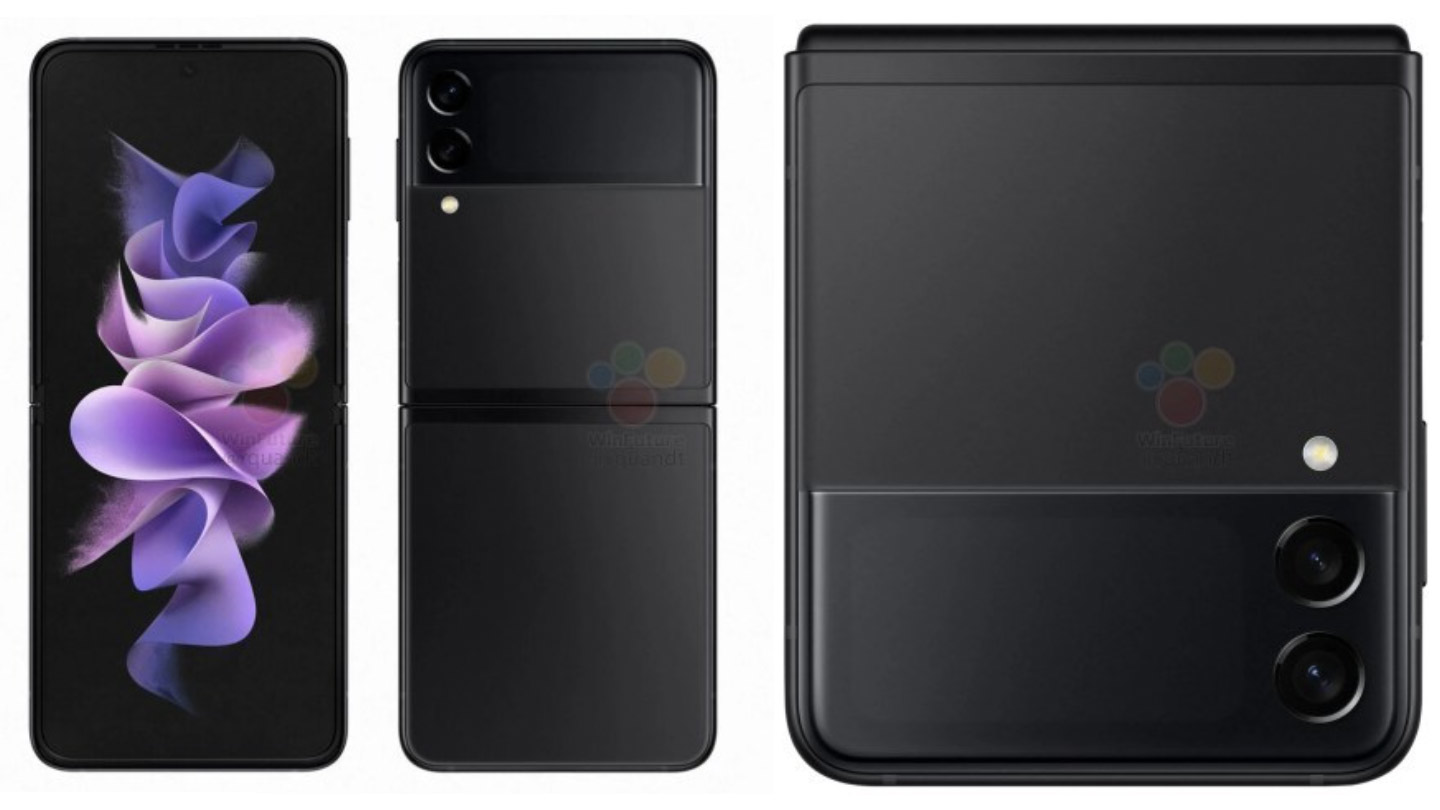 The Samsung Galaxy Z Flip 3 was tipped to come with a Qualcomm Snapdragon 888 SoC (processor chipset) with a likely 8GB RAM. There’ll be at least two options for internal storage size, including 128GB and 256GB, all with UFS storage tech. This newest device is tipped to be waterproof and will likely have a 6.7-inch (foldable) display with 120Hz image refresh rate.