This device also has an 8-megapixel rear-facing camera, a front-facing camera sitting at 2.1-megapixels, and an IR-blaster up top. The IR-blaster is put in place to allow the tablet to control your television set – or whatever other electronics you have that work with infrared control abilities. 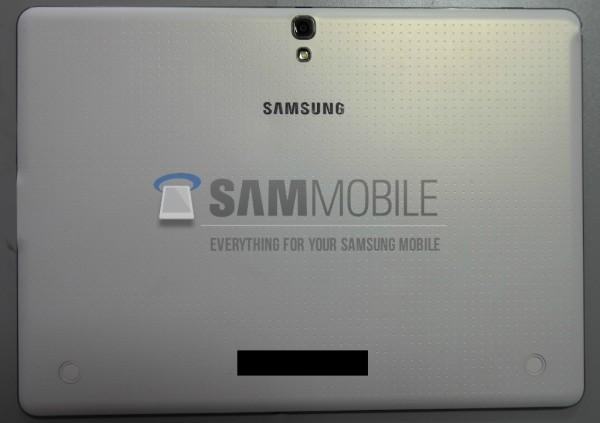 With the Samsung Galaxy Tab S you’ll find software extremely similar to that of the most recent Galaxy Tab and Note Pro models. This means Samsung’s Magazine UX over Android 4.4 KitKat – without the S Pen software, of course.

While we’re not certain of the company’s release schedule for this device, chances are Samsung will push this Tab’s reveal to its next Unpacked event.

This means IFA 2014, and a reveal alongside the Galaxy Note 4. September 5th through the 10th in Germany – we’ll be there!