There’s a brand new Galaxy Tab in town, this one created in Germany with a new form factor that does a bit of sidestepping like the Samsung Galaxy Tab 10.1N did late last year. Regardless of this, it does have the long awaited (by me) forward-facing speaker upgrade, this being the biggest change between it and its 7.0 non-N edition. Inside you’ll be getting Android 3.2 Honeycomb right out of the box with Ice Cream Sandwich update in the pipeline.

This device has a 7-inch PLS-LCD display at WSVGA resolution, that being 1024 x 600 pixels – that being 169.6 pixels per inch. The Galaxy Tab 7.0N weighs in at 345g, has 16GB of internal memory, and has a microSDHC slot to expand memory by up to 32GB. The battery inside this device is a massive 4000mAh, Bluetooth 3.0, and GPS, and the whole thing works with GSM and HSPA, so we’ll more than likely see this device coming in on AT&T and/or T-Mobile if it ever gets to the states.

Likely though this tablet is going to stay in Germany for the long run, this being clearly a device made for the Euro market where the tablet is still being contested by Apple as a copy of the iPad, no matter its size or shape. This version of the 7.0 is set to be released later this month for a suggested retail price of an absolutely undeniably insane price of 600 Euro. That’s so much cash it should make your head spin. 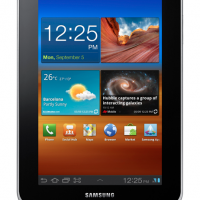 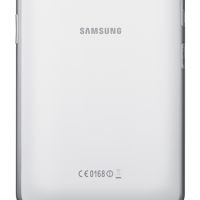