With Samsung’s Galaxy S6 and S6 edge, one of the coolest features is the new fingerprint scanner. Rather than having to drag your finger across the home button, you can now simply lay a finger on the button and get the same effect. It’s a much better method than Samsung’s last-gen fingerprint scanner, and draws heavy comparison to Apple’s Touch ID. But just how similar is it to Touch ID? In Barcelona for MWC, we went hands-on with the new fingerprint scanning feature from Samsung, and we gotta say — we’re impressed.

In our extended hands-on time with the Galaxy S6 and S6 edge, we find a few things we really enjoy about the phones. The proprietary color of each is an interesting wrinkle, and we think the exclusivity might make some fans want a S6 edge in blue. Okay, so really, we want one in blue. 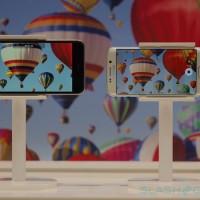 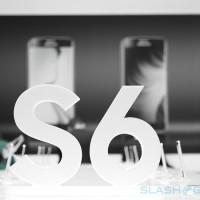 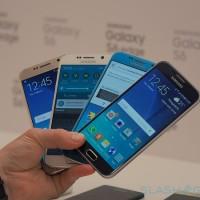 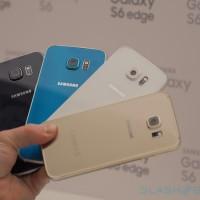 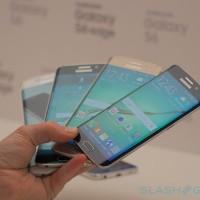 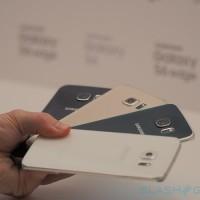 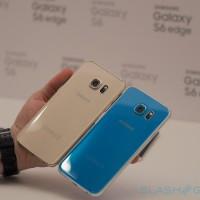 Samsung is also talking up their camera hardware in a big way, with some improvements around back that will bring in better white balance and auto HDR by default, while the 5MP front-facing cam will have you video chatting away. The OIS int he Galaxy S6 edge, as you can see, is held out as better than Apple’s iPhone 6 Plus. Whether that holds up in real-world scenarios, we’ll have to wait for a full review to test it out.

Another interesting camera feature is the auto-tracking auto-focus. Roll your wrists around a room to snap pics, and you’re almost always in focus and ready to snap great shots. the feature doesn’t seem to be too laggy, either. It might be one of the neatest hardware/software tandem we’ve seen in a camera in a long time. 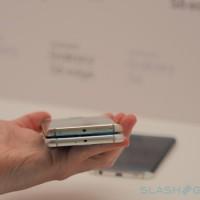 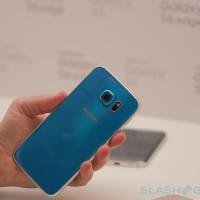 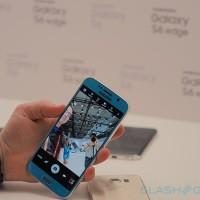 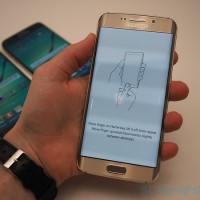 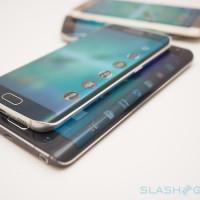 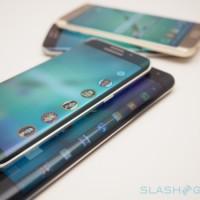 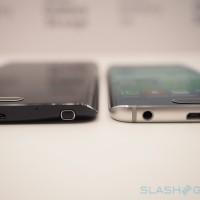 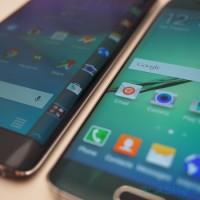 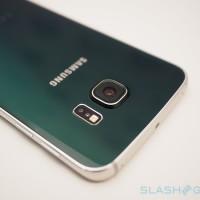 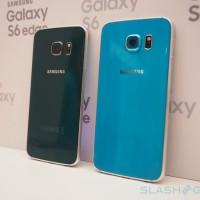 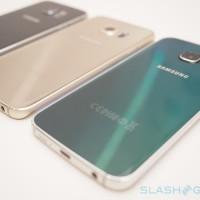 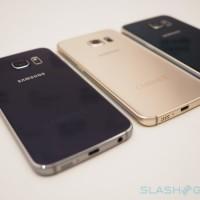 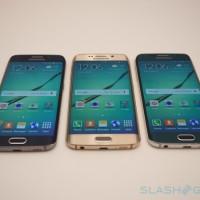 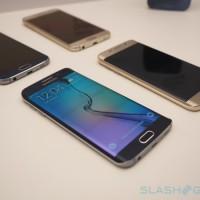 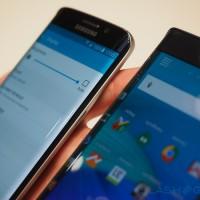 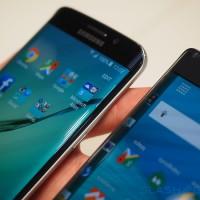 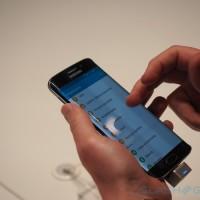 Still, the fingerprint scanner might be the most impressive feature. In practice, it works much like Touch ID from Apple. Even in setup, the act of placing a finger on the button in several different angles is familiar and easy. While fingerprint scanning is a touch boring (pun intended!), you’ll end up using it quite a bit — if it’s handy.

Formerly, Samsung’s fingerprint scanning wasn’t very easy to use. Now it is. Samsung also has LoopPay coming, so the Galaxy S6 and S6 edge might actually end up very competitive with the iPhone and Apple Pay.