This week we’ve seen so many Samsung Galaxy S4 rumors and tips that it’ll made your head spin, including today’s information on how the next-generation smartphone will be bringing a whole new display technology to the game. In addition to bringing forth an AMOLED display with what’s being called “green PHOLED” technology, this device is said today to be ushering in additional bridges between the S and Note lineup. While we’ll have to wait until the 14th of this month – next week- to see the final product, the Samsung Galaxy S4 is shaping up to be quite the hard-hitter here in the interim!

This tip is coming straight from SamMobile where their tipster appears to have information about the Samsung Galaxy S4 that begins with floating touch. This feature was seen previously in the device known as XPERIA Sola and is actively moving the Galaxy S IV (or S4, however you prefer) closer to the Note lineup with the ability to use your finger as a more active player in your note-taking activities. You’ll also be using your finger to expand notifications by hovering – and you’ll likely be working with an advanced version of Flipboard while you’re at it. 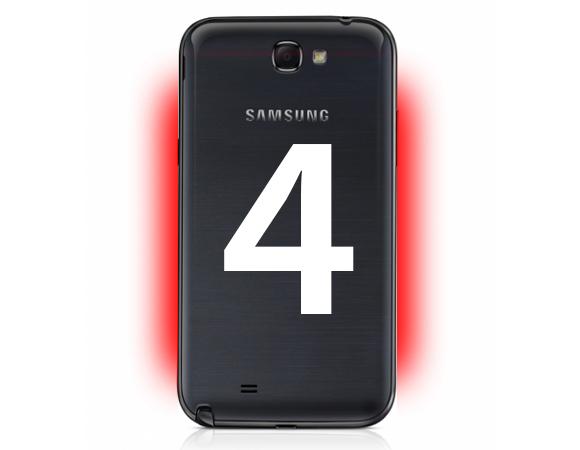 Have a peek at the Samsung Galaxy Note 8.0 to see how Flipboard will be ushering in a whole new generation of apps that use hovering technology – sensing, that is – to expand your world. The Samsung Galaxy S4 is also being tipped this week – once again – to be coming with features such as Smart Scroll and Smart Pause, these being expansions of the features you know as Smart Stay and Smart Rotation, based on your eyes being sensed by your device – cool beans!

This set of tips also notes that “green PHOLED” will be what they’re calling absolutely revolutionary. They’re saying that green PHOLED uses color GREEN-YELLOW to make the display 25% more efficient than past AMOLED units. That’s good for battery life, mind you, as well as your eyeballs – if they want light so bright that your head explodes, of course.

Have a peek at the timeline below for more information on the Samsung Galaxy S4 and stick with us up through the 14th – next week – where we’ll be in New York City to bring the whole unveiling event straight to your face!