There’s a new Samsung Galaxy S smartphone coming to the public in the year 2021 – of that you can be sure. The device we’re looking at today is what its leakers suggest will be called the Samsung Galaxy S22 Ultra 5G. This device looks fantastic, from its four back-facing camera lenses, sensors, S Pen integration, and nearly full-coverage front display. But one flaw remains – right up there on its forehead.

The modern smartphone continues to hold on to a fully visible front-facing camera the way smartphones a few years ago tried to hang on to the headphone jack. Smartphones used to come with microSD card slots and removable batteries. A few smartphones even came with their own HDMI port. 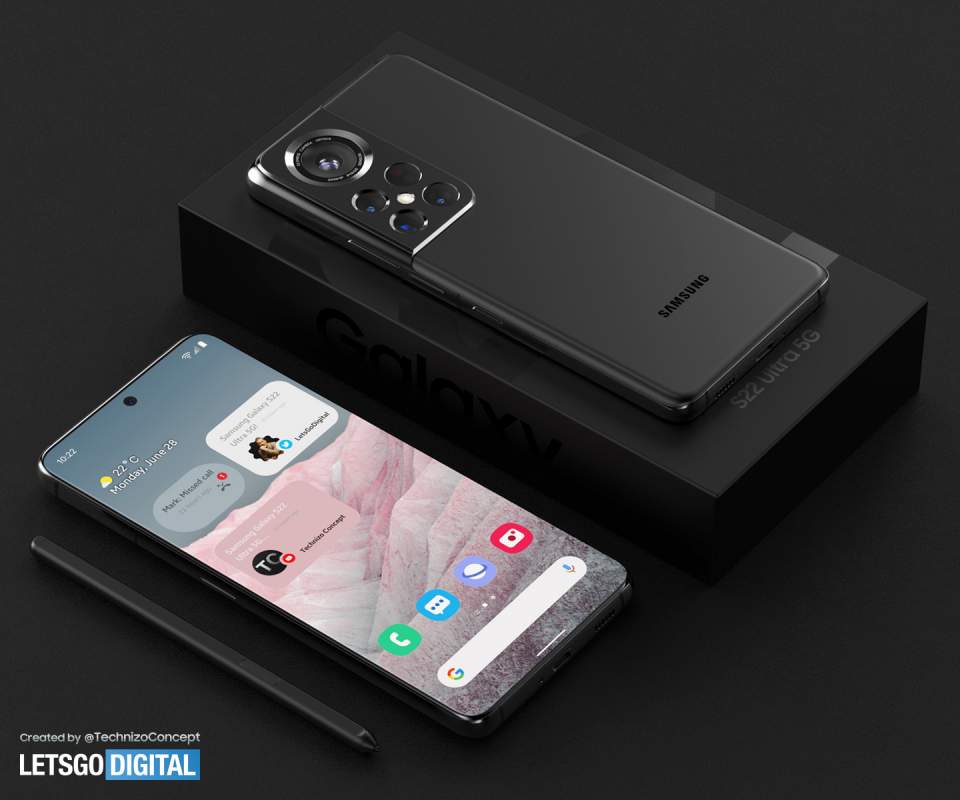 But here, with the Samsung Galaxy S22 Ultra 5G, we have a device that’s so very close to flawless that it’s a shock to find the front-facing forehead camera hole still in full effect. This piece of hardware has a display that reaches all four sides, all four corners, bright and colorful. But it has a hole in its head.

The Samsung Galaxy S22 Ultra 5G renders you see here were created by LetsGoDigital and TechnizoConcept. They’ve included another feature that’s been patented by Samsung, but has not appeared in any tips or rumors on this phone before now. The Adaptive Heat Fan would, according to this concept illustration, sit just below the back-facing camera array and expel heat from the body of the phone, not unlike some of the most high-end gaming phones released in the past few years.

The tech included in this new smartphone will likely mirror that of the otherwise most recent Ultra smartphone from Samsung, complete with the most advanced array of cameras ever offered on a Samsung phone. At the moment we’re writing this article, it does not seem that Samsung will include any sort of 3D scanner (LiDAR, 3D ToF sensor, etc) at the back of the smartphone – but we can still hope! 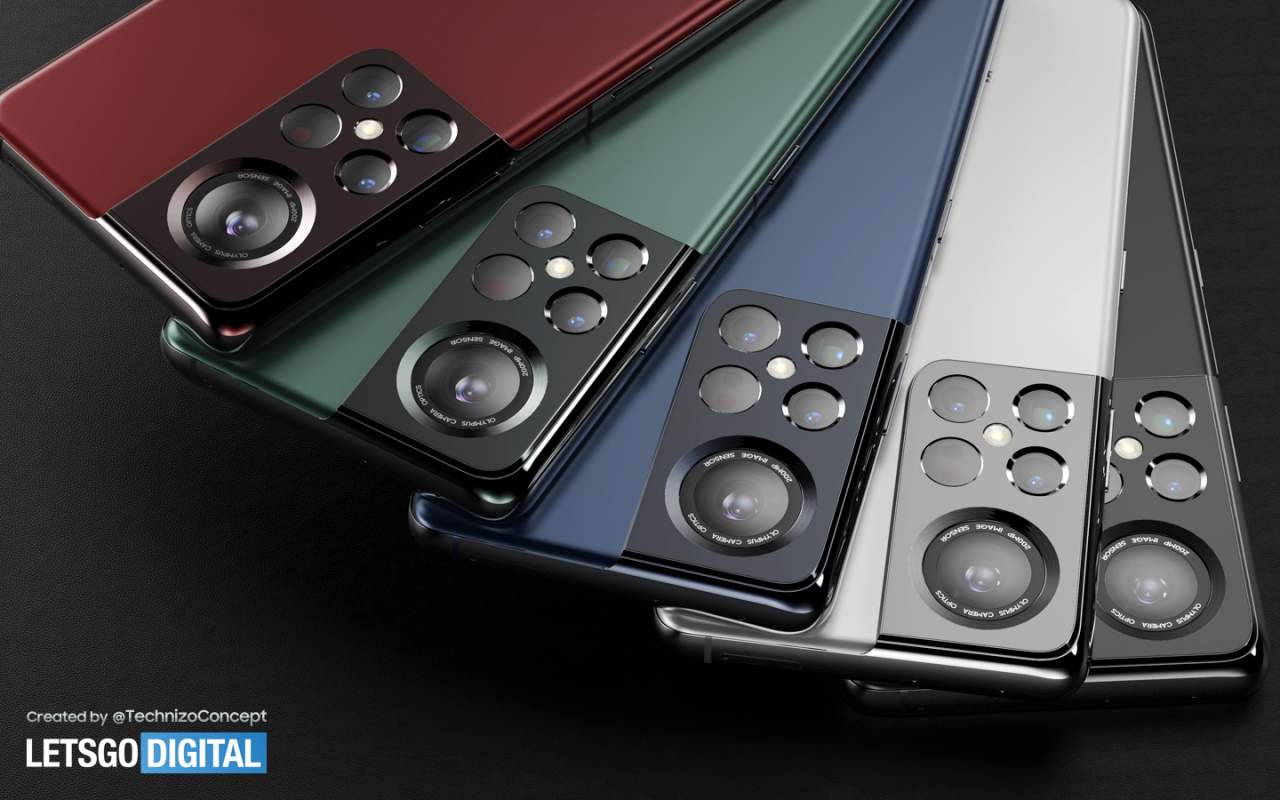 Rumors suggest that we’ll have a Samsung event in late December 2021 (unlikely) or early January 2022 (far more likely). At that time, we’re expecting that a Samsung Galaxy S22 release date will be revealed for somewhere in late January or early February of the year 2022.