The Samsung Galaxy S22 leaked in detail this week in multiple sizes and varieties. This next Samsung device appears to be coming in at least three sizes, one a “Base” Galaxy S22, another a Galaxy S22 Plus, and a third called Samsung Galaxy S22 Ultra. Per the collected leaks, the two smaller devices will have effectively the same set of cameras, while the larger will ahve a significantly more powerful set of image and video capturing hardware components.

The leaks this week are augmented by a set of renders released by ConceptCreator and LetsGoDigital. They’re looking at the possibilities with the Samsung Galaxy S22 and Galaxy S22 Ultra, pointing to a slightly more simplified bit of industrial design. The video above was done in collaboration with Jermaine Smit. You’ll likely find this design to be more than believable – it’s downright desirable.

Let this be a lesson to the smartphone industrial designers out there in the world today: Keep It Simply Simple. We’re at a point in smartphone design history where a bold, handsome design can really make the power of the device shine! 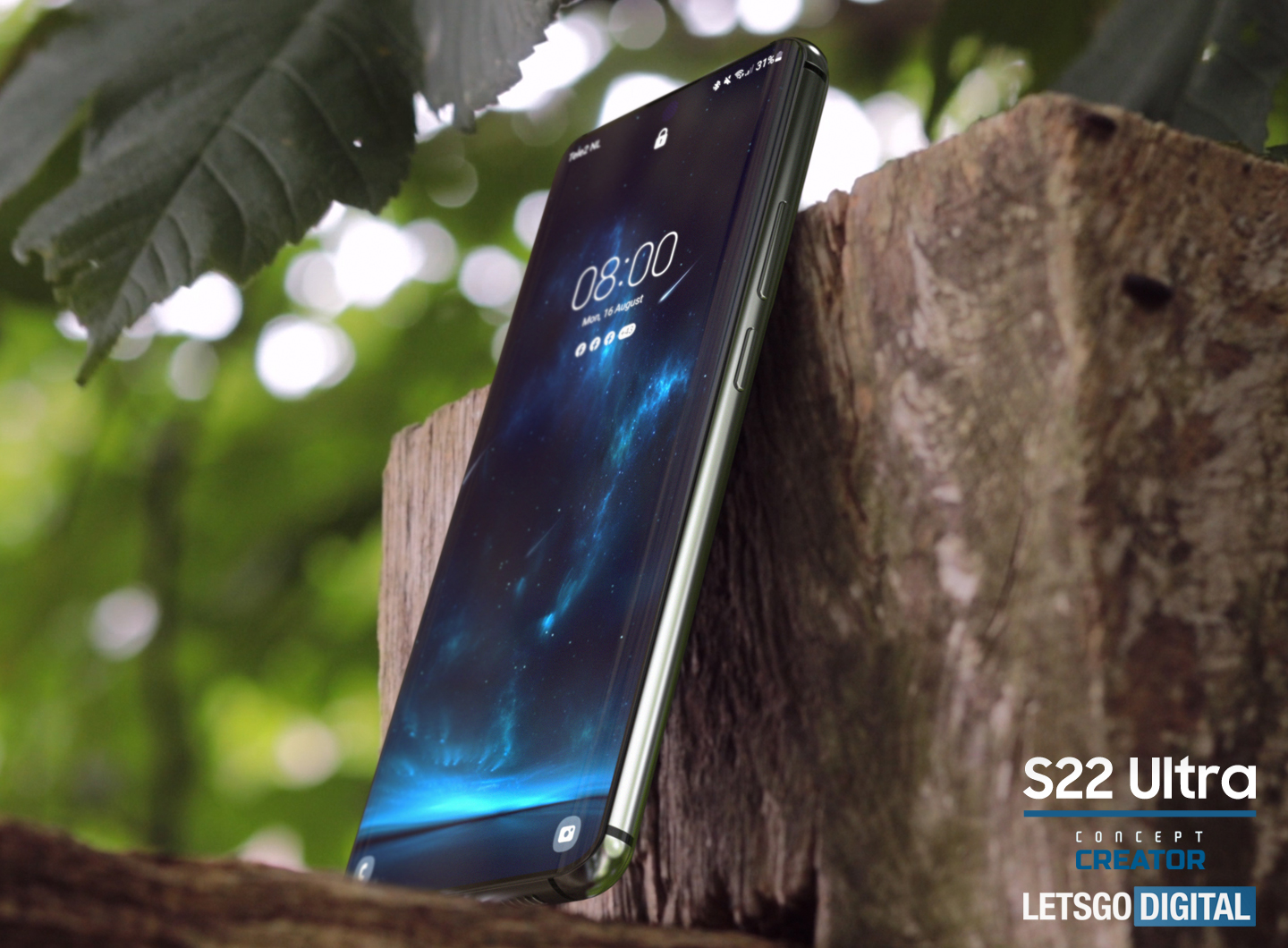 Per Tron, the Samsung Galaxy S22 family will likely be released with two different SoC versions. The first is a Samsung Exynos 2200 with AMD mRDNA GPU with Samsung 4LPE (effectively 5LPP) RAM. The other version would have a Qualcomm Snapdragon 898 SoC with Adreno GPU, with Samsung 4LPX RAM. It’s suggested that the RAM and ROM design will be “identical to the S21 Series.”

As for the release date for the Galaxy S22: It seems very likely that we’ll get a late January 2022 release (street date), assuming the world doesn’t end before then. It’s safe to assume Samsung will reveal the Galaxy S22 lineup in the first month of the year, 2022 – unless something drastic happens before then! UNTIL then, there’s still a Samsung Galaxy S21 Ultra out in the wild!