If Galaxy S10 looks like this, count me in

Today we’re having a peek at the Samsung Galaxy S10 as it very well might be in early 2019. This smartphone is a ways off still, as we’re still living in August of 2018, and the Galaxy Note 9 is still a week away from official reality. But don’t let that stop the creators of conceptual works! None may stop their furious workmanship in earnest and in an early manner!

This isn’t the first time we’ve seen concepts for a smartphone that’s all-but-confirmed. The Galaxy Note 9 received so much concept work in the months leading up to its reveal that we saw all possibilities, every which way but right, up until CAD drawings were released. Sometimes they were better than the real deal, most of the time slightly worse.

Concepts here come largely from Concept Creator. He can be found on the YouTube channel posted below or on Twitter. Barring the actual official images/videos from Samsung, Concept Creator is about as good as it gets. Now, if only the designers at these phone companies would listen!

Images and video here show a Galaxy S10 with a rather idealistic and yet really fathomable setup for a display set in a phone with very little bezel. Going step-by-step from the Galaxy S9 to the Galaxy Note 9 brings us here, to a place where the left and right bezels are all but disappeared and the top and bottom bezels are there, but barely.

Some of the images here were created in conjunction with Technobuffalo for an editorial about what the Galaxy S10 should look like. Those images are in the light, while the ones in the dark are from Concept Creator directly. None of the images or video content you see here comes directly from Samsung, no matter how much you wish it did. 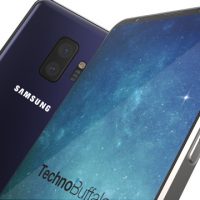 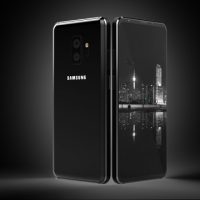 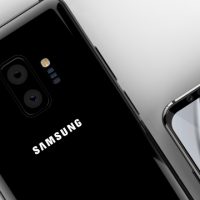 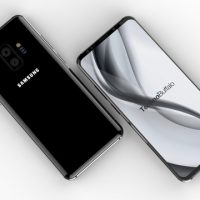 Look at the Galaxy Note 9 video below and note that this came out well in advance of the Note 9 event. If you’re reading this on the 9th of August or after, compare this to that, and note the … you know… similarities. Also cross your fingers for the silver version, because we love things that are shiny and chrome!