With the third of four pillars included in Samsung’s approach to the user experience with the GALAXY S 4, they’ve explored how to “add convenience to your life.” The Samsung GALAXY S 4 adds convenience to your life with several features that take you above and beyond the traditional smartphone experience, starting with some Galaxy Note features pulled in from the larger Samsung universe.

With the Galaxy Note II, the S-Pen began working with a feature called Hover. With the GALAXY S 4, you’ll be able to use the Hover feature with just your fingers. Hovering over emails or calendar events expands them to preview with ease – a step between seeing just the title of note and seeing the full message is exactly what this preview element represents.

You can expand contacts to see who’s behind your speed dial numbers, magnify elements throughout the device’s UI, and the custom version of FlipBoard shown with the Galaxy Note 8.0 works here with the finger-only Hover as well. 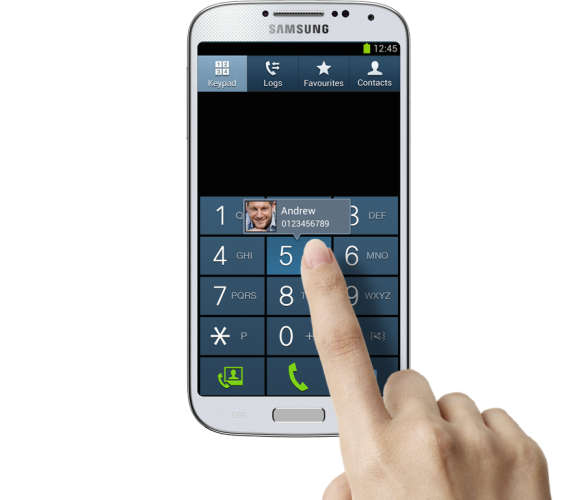 You’ll also find Air Gestures to be working here with the GALAXY S 4. You can browse content now with your hand just hovering above the device. You can Air Browse through your music, flipping from track to track with a wave of your hand. This also works with your web browser to move up and down through the page you’re viewing or back and forth through tabs. 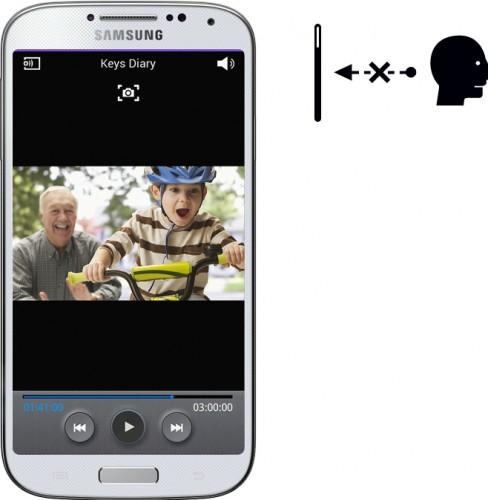 Smart Stay continues to work in the GALAXY S 4 as it did with the Galaxy S III, so your device will never go to sleep as long as it detects your face looking at it. The Galaxy S4 works with Smart Pause and Smart Scroll now as well. If you tilt your device with Smart Scroll, you’ll scroll through content without having to gesture or touch the display. With Smart Pause, video will be paused when you look away from the screen – like magic!

This device works with an analog optical reader, meaning you’ll be able to view – for example – a business card with the camera on the GALAXY S 4 and the vital information will be translated digitally for you. Text can be translated easily, emails, phone numbers, and of course QR-codes as well. S-Translator is also embedded into your analog optical reader so you can view text in a language you don’t understand and have it translated for you in a jiffy. 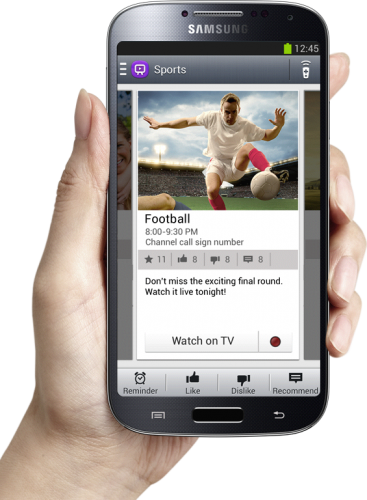 The GALAXY S 4 has an IR-blaster equipped right up at the top. Similar to what we’ve seen with the Galaxy Note 10.1 and Galaxy Tab 2 series, you’ll be able to control your television right from your smart device. You’ll be working with Samsung WatchON to control any TV and discover Video On Demand content and see television station information based on your location and provider as well.

Have a peek at the timeline below for more information on the Samsung GALAXY S 4 including full specifications as well as some hands-on experiences as well – coming your way soon!