Samsung is readying a new PMP version of its Galaxy S family of Android smartphones, with the Samsung Galaxy Player YP-GB1 expected to make its debut at CES 2011 next month. The 4-inch WVGA PMP measures 9.9mm thick and uses a Super LCD display rather than Super AMOLED; it also loses the cellular connectivity, with WiFi b/g/n, Bluetooth 3.0 and GPS, though Samsung Hub says that does free up room for a T-DMB digital TV tuner.

There’s also a 3.2-megapixel rear-facing camera and a front-facing camera for video calls. The battery is a 1,200mAh unit, and there’s a microSD card slot along with Samsung’s 1GHz Hummingbird processor running Android 2.2 Froyo.

Interestingly, despite the lack of cellular connectivity, the Galaxy Player is supposed to have access to the Android Market (along with Samsung’s own app store). No word on pricing or availability at this stage. 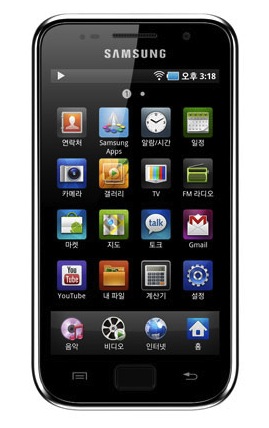