The Samsung Galaxy Note 9 release date draws closer as a new dose of details leak from South Korea this week. The full extent of the truth about the largest of Samsung smartphones won’t be known until Samsung’s official release event, but until then, leaks! Today news centers in on the device’s ability to use accessories released with the hardware’s previously released array of iterations.

The size and shape of the Samsung Galaxy Note 9 is very similar to that of the Galaxy Note 8. So similar that the earliest leaks of smartphone cases (and those on direct sale in South Korea and China) suggested they’d work for both the Note 8 and 9. As it’s turned out, those few that purchased those off-brand cases are in for some disappointment. 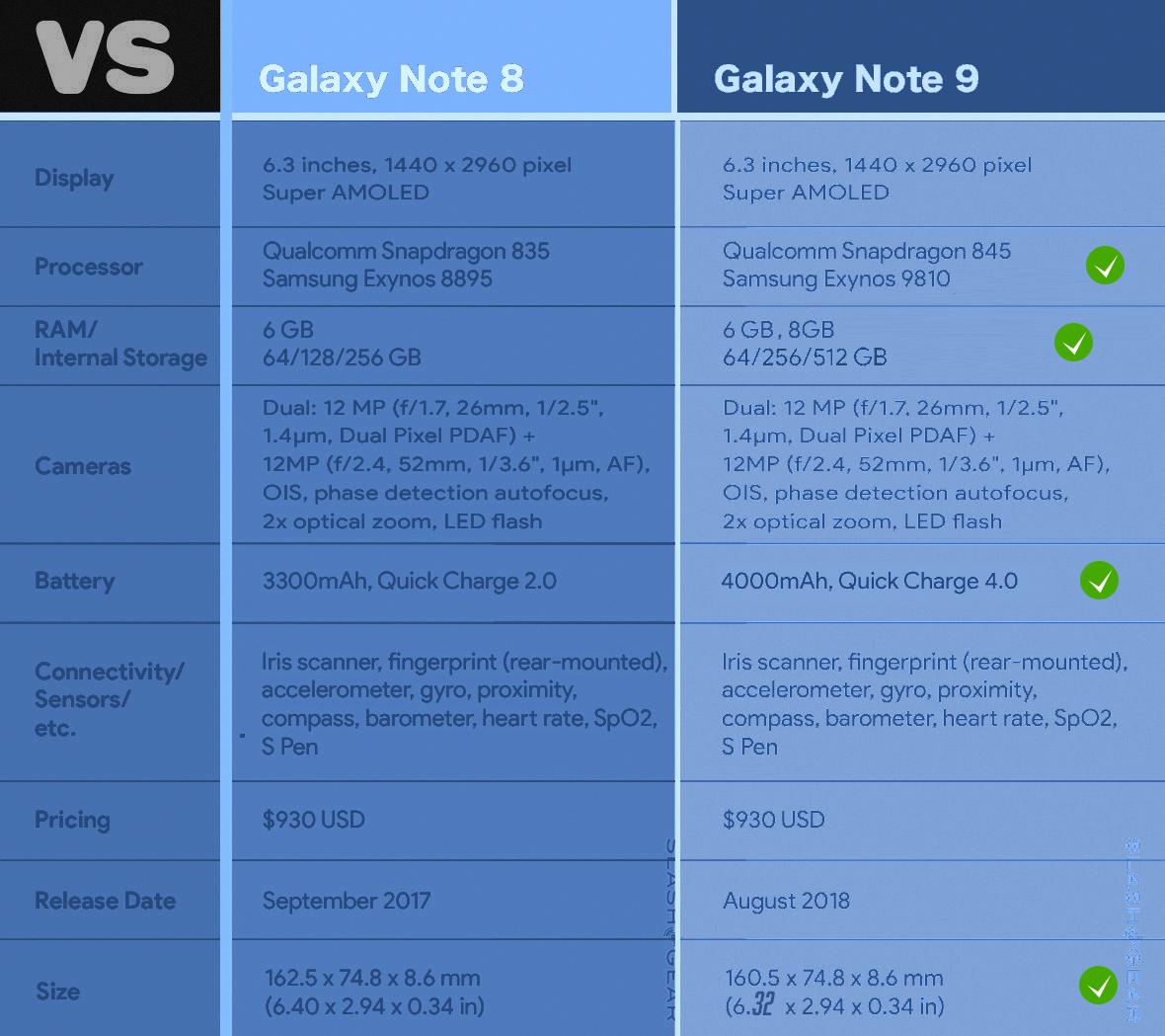 The Galaxy Note 9, we’re to understand, has a near-identical display as released on the Note 8. It’s not exactly the same – it’s got a few bits and pieces different behind-the-scenes, in tech that’ll affect touch and sensitivity of the device’s S Pen. But the size is almost right-on. It won’t FEEL the same, but it’ll be effectively the same.

The Note 9’s display will feel a bit larger because the device will be smaller overall. The Note 9’s dimensions, according to rumors and our latest insider tip (from a tipster who wishes to remain anonymous), are as follows. The Galaxy Note 9’s height comes in at 160.5 mm (6.32 inches) – that’s a bit shorter than the Galaxy Note 8. The width and the thickness of the device are said to be effectively the same in the 9 as in the 8.

The big difference for cases – beyond the height – is the arrangement of the cameras and sensor(s) on the back of the phone. The Galaxy Note 9 has its camera and LED flash in a similar arrangement as the Note 8, but the fingerprint sensor is set aside. Instead of appearing in a bundle with the rest of the backside elements, the fingerprint sensor is lower on the back of the phone. Almost as if it was placed there later in the game, and Samsung at some point planned on a location different from there – but we might never know.

The Samsung Galaxy Note 9 will be revealed in full on August 9th, 2018, at a Samsung media event in New York City. SlashGear plans on covering this event up close and personal as it happens, starting at 11am ET. The event goes by the name Galaxy Unpacked, and we’ll have hands-on photos and video when we get our hands on the device!