Galaxy Note 9 and the coolest detail

A Samsung Galaxy Note 9 detail was tipped today in the realm of coolness. Where the company’s claims for a renewed bout of processing speed comes from seems to be in the tubes. Right under the backside cover of the Galaxy Note 9, “almost half of the right side” will apparently be “covered with copper tubes to decrease the heat in the device.”

It’d be a feat indeed to increase the amount of components in the smartphone from generation to generation when the device stays the same size. It is perhaps in a more tightly packed conglomeration of hardware elements that the Galaxy Note 9 finds more room for heat dissipation metal. Below you’ll see an X-ray of the Note 8 from iFixit. Not so sure where Samsung’s going to have a whole lot of copper tubing in the new model really – seems kinda like a tall order for such a component-packed smartphone. 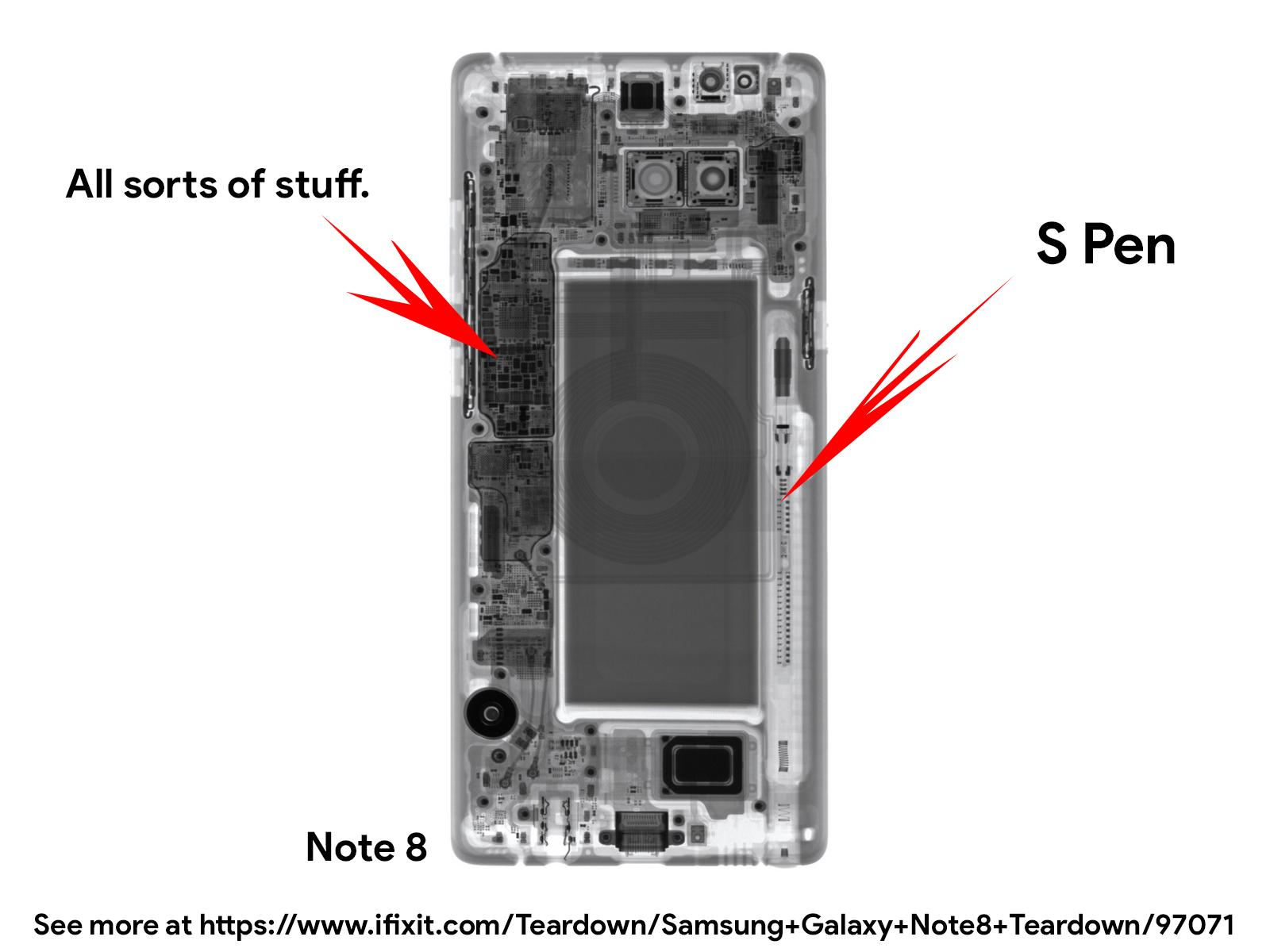 The tip comes from notorious leaksters at @Samsung_News_ on Twitter. They also delivered a few images from Mengtor, a components shop of some note. One would expect that a shop called MENGTOR would sell black metal accessories – like spikes and whatnot – but they don’t.

It’s quite likely the folks at Mengtor do indeed have access to parts lists for the Galaxy Note 9. What’s strange is their timing. What good is listing parts for a device that’s not yet on the market? Articles like the one you’re in now. People remember where the parts were listed, and they head back in and buy them when the time is right.

If these parts are ready to be listed, the entirety of the innards of the Galaxy Note 9 must be out in the wild – at least in parts shops and at case-maker manufacturer’s 3D-printing stations. As such, there’s a good chance it’s evident the entirety of the right side of the device could be seen by the eyes of a leaker like Samsung_News_, which is how they’re able to relay said information to the web.

The processor in the Galaxy Note 9 will almost certainly be part of either a Qualcomm Snapdragon or a Samsung Exynos model SoC. Even if this processor isn’t significantly more powerful than other top-tier smartphones released late this year, a significant increase in heat dissipation would improve the Galaxy Note 9’s ability to perform.