Samsung Galaxy Note 9 had a new leak this morning that showed the size and shape of the smartphone. This screen protector was one of several similar sorts of accessories revealed over the past week, each of them showing a device that’s essentially a Samsung Galaxy S9 Plus with a shape that’s closer to the Samsung Galaxy Note 8. This device will have several different iterations, the most impressively massive of these heading exclusively to South Korea and China.

The Samsung Galaxy Note 9 has an impressive array of sensors and cameras on its frontside, it would seem – at least as many as those present on the Galaxy S9 Plus. This device, like past Galaxy Note devices, will improve upon the Galaxy S9 in several key areas, including the camera, the battery capacity, and the software. 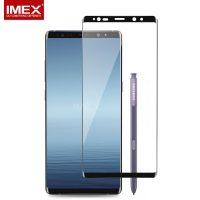 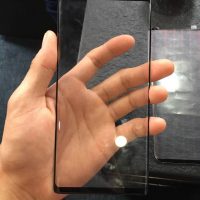 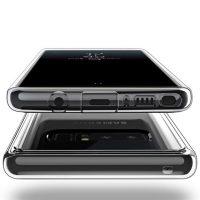 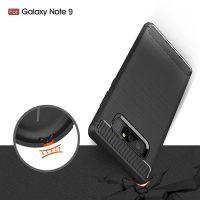 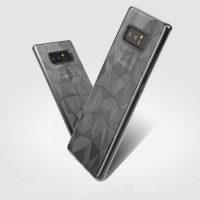 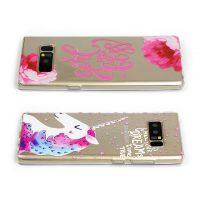 Of course the software will eventually be delivered to the Galaxy S9 and S9 Plus too – but it won’t be instantaneous. For those that wish to be on the bleeding edge of the Samsung smartphone technology universe, there’s only going to be one choice come August (for pre-orders, that is.) The event at which this device will be revealed in full will likely take place on August 2nd or 9th, and pre-orders will probably start within a week of said event.

The Samsung Galaxy Note 8 is so similar to what we expect for the Galaxy Note 9 that I’d recommend Galaxy Note 8 users think twice before upgrading. Unless their upgrade is free, of course, in which case – go for it. But with the speed at which Samsung’s been delivering updates to smartphones, and the lack of major change between generations, it’s hardly worth the effort to switch from 8 to 9 – or I expect it won’t be.

The Galaxy Note 9’s fingerprint scanner remains on the back of the device, where it’s been for a few generations. This time there’s an adjustment to the placement of said scanner – it’s not in the same home row as the camera this time around. Instead, the fingerprint scanner sits just below the camera array, allowing the user to easily feel for it without smudging the camera lens cover glass.

The Samsung Galaxy Note 9 will remain in the “Edge” family of devices with an “Infinity Display.” That means the display will curve ever-so-slightly around the left and right of the handset, making it appear to cover more than just a mere front side of the phone. Unlike the original Galaxy Note Edge, this edge-like display does not attempt to sell itself with special features made specifically for said edge.

In the near future we’ll likely see a major change to the Galaxy series of phones in a larger sense. According to clues we’ve seen earlier today – and for the past several months, let’s be honest – the whole front side of the Samsung Galaxy S10 will likely be covered by display. There’ll be a bezel, sure, but it won’t be any larger than it’s ever been on a Samsung device before – and likely smaller, too.

The Samsung Galaxy Note 9 will likely be revealed – as mentioned – in early August. Expect a pre-release shortly thereafter, and a full in-store release in a few weeks. That means late August or early September, we’re expecting the Galaxy Note 9 will be out in the wild. Stick around for our full review, when the time is right!