The Galaxy Note 3 might forever be known as the most massive of the series. Since the Note 3, Samsung’s been making the body of the Galaxy Note smaller – if only fractionally – every generation. The trend continues today with the Samsung Galaxy Note 9, a device that looks like it’ll have the same size display as its predecessor, but a bit smaller body, making it feel more “full”, as it were. 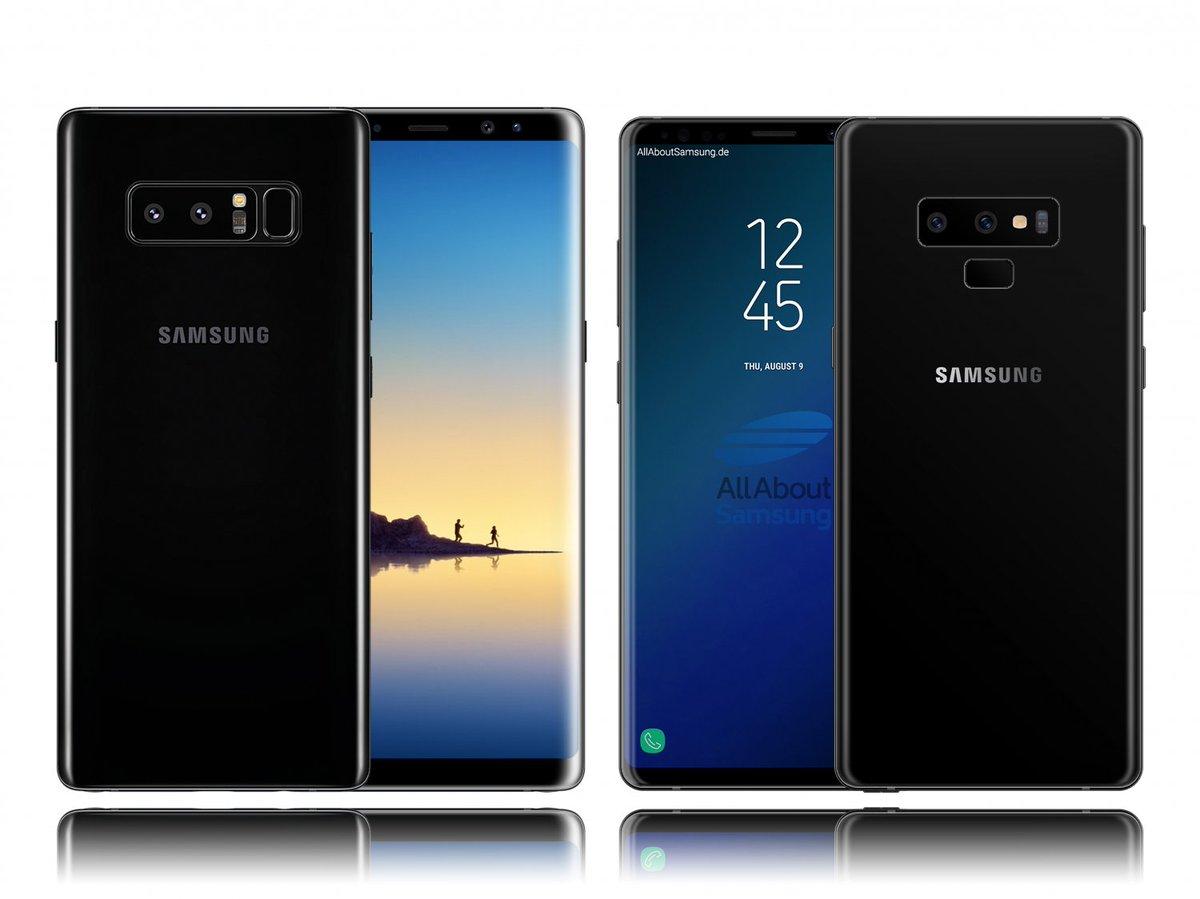 Because the Galaxy Note 9 has a smaller bottom lip – and maybe top lip too, but to a lesser degree – it’ll feel like more of an “all screen” device. The Galaxy Note 8 already is that, to a degree, but Samsung’s edging ever-closer to that fabled borderless device.

The Galaxy Note 9 will almost certainly be an iterative upgrade over the Galaxy Note 8, coming with features very similar to that of the Galaxy S9. Below we’ve got a chart of rounded-up rumors and anonymous tips made into specs, arranged in a way that should allow you to connect the dots rather easily. 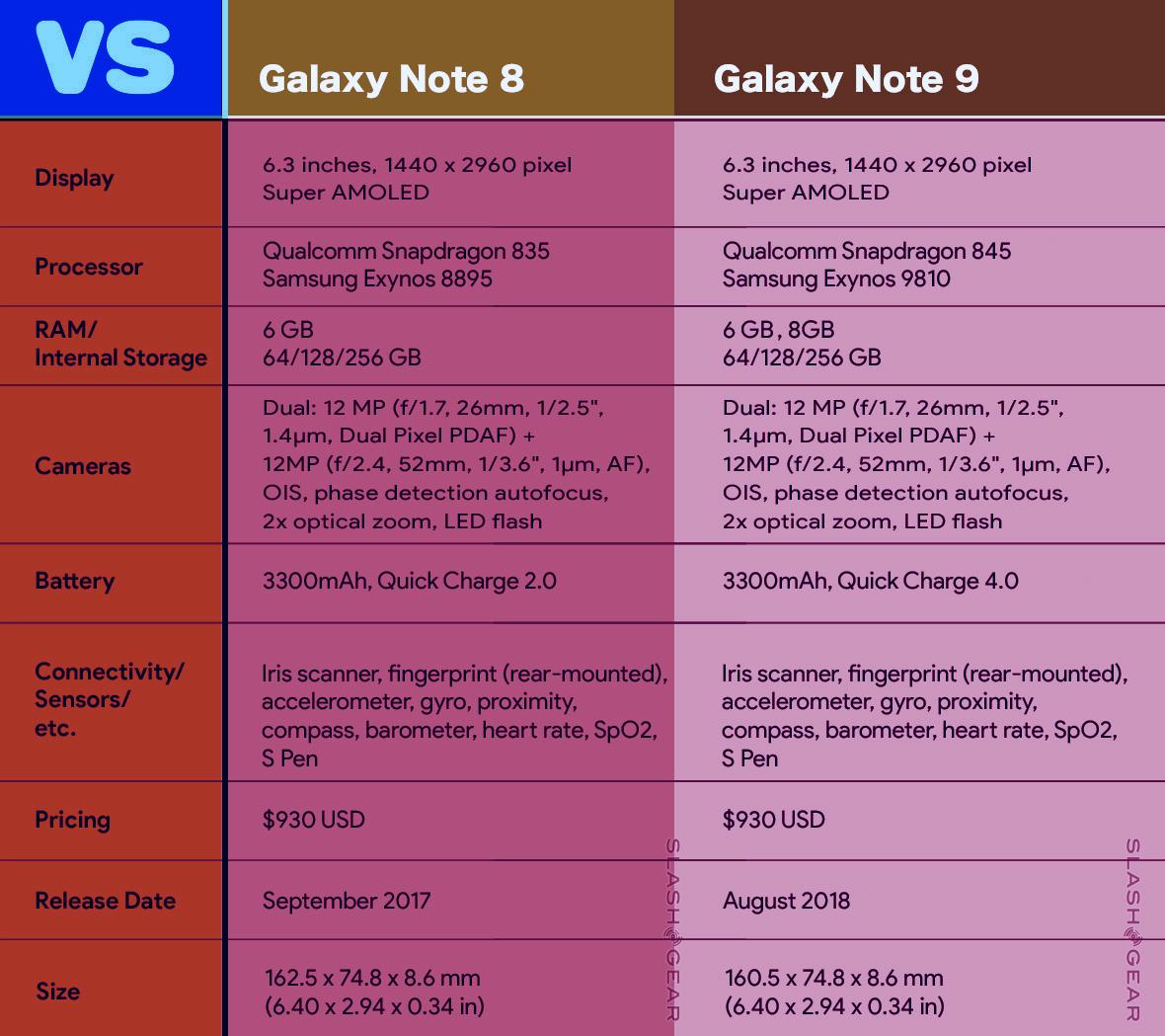 Note that the above information on the Galaxy Note 8 is official and totally factual. The information shown in the chart above about the Galaxy Note 9 is based solely on rumors and anonymous tips – which means it’s NOT official, not from Samsung, not yet. We’ll have to wait until the first couple weeks of August to see this device revealed by the company.