Much like previous hyper-expensive versions of smartphones of all sorts, we’ve got to put a disclaimer on this. We do not know if the final product will ever be seen. But the people who make these products seem to have stayed in business for an age – so they must be doing something right?

The interior remains unadorned so as to leave the folding display unaffected by any sort of decoration. This design also employs a latch to keep it shut when not in use. 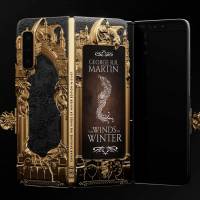 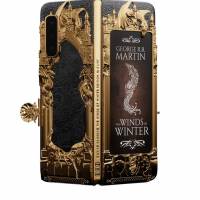 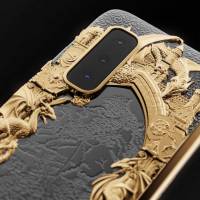 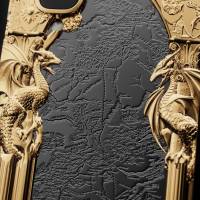 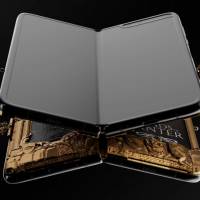 Since the user will be purchasing a phone for more than eight thousand, two hundred dollars, they’ll be glad to know that this is an edition of just seven. Only seven of these devices, with this design, will ever be released by Caviar. As if the chances of two people getting this same device were in any realm of possibility.

Also, yes, this is a version of the phone that’s not necessarily been fixed by Samsung before final production. We can assume the final product will use one of Samsung’s final products, with fixed display mechanism – anything less would be untoward.