Break’s over: Who’s still up for the Galaxy Fold?

Samsung has had better days. After exploding phones, faulty foldable screens were the last thing it could want. From its PR to R&D departments, things must be pretty intense now at Samsung. It genuinely seems like they have a manufacturing crisis on their hands, with multiple tech reviewers reporting similar cases of damaged screens just within this week. The trend of faulty screens seems to centre on users removing the plastic film over the screen, mistaking it as a pre-installed screen protector.

What they didn’t know was removing it would completely ruin the screen. The screen would turn black and become unusable.

All the hype and praise received for boldly pioneering the foldable screen technology seemed to have vaporised, replaced with doubt and some degree of cynicism.

Admittedly, it seems a little strange that Samsung would set loose a phone with a flimsy protective layer, given the high quality of their product line. The Fold may very well have been pushed out too quickly.

The incident also raises another question: With all that’s gone wrong with the Galaxy Fold, who’s going to want one now?

You can bear with the film

If you thought notches were the point of contention, protective films may just be its successor. We’re not too sure what Samsung are going to do about the flimsy protective layer on their devices. While the news is out that we should not be removing them, there’s little we can do to stop kids from ignorantly peeling them off, wrecking your phone. Samsung’s made a hilarious “don’t touch this button” scenario for themselves.

Given Samsung’s typically high level of quality, this film really shouldn’t be here. And if nothing changes before the Fold’s launch on 26 April, it’s going to be something buyers have to overlook – and never, ever remove. 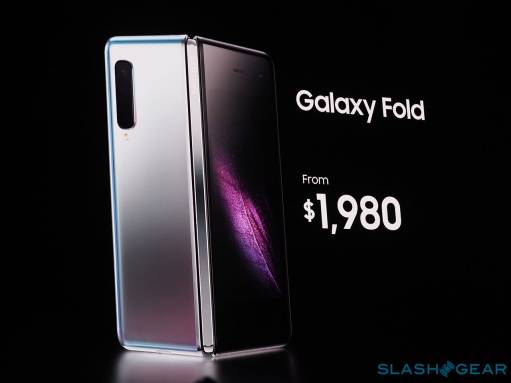 Foldable technology just gave phones another reason to become even more expensive. You could buy a lot of tech with $2,000. High-end laptops, multiple iPads and tablets, maybe even with a spare phone. It’s alarming how far companies can push prices today.

You want the latest and greatest of tech

With all that said, the Galaxy Fold marks the best of consumer tech today when it comes to specs. 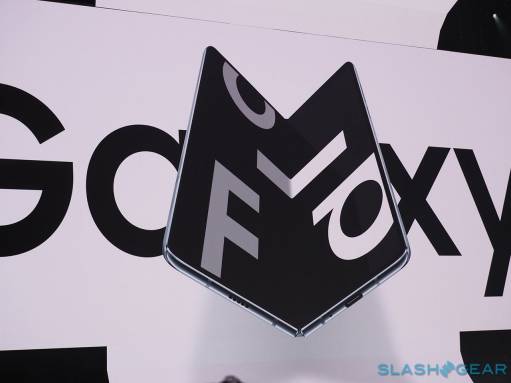 Snapdragon 855, 12 whopping gigabytes of RAM, the stellar cameras of the Galaxy S phones, and a unique and vibrant screen that’s best in class (when it works, that is) – it’s got everything.

This list alone may be reason enough for some of us to pick one up, despite the technology being in its infancy. Imagine the bragging rights. 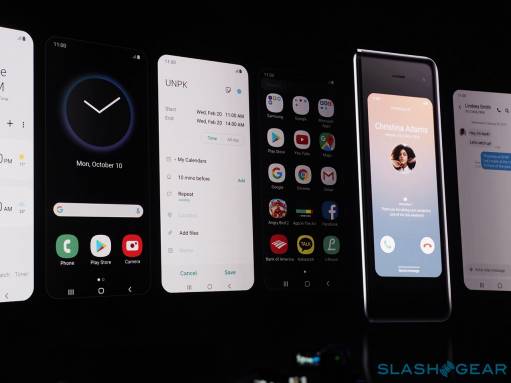 Amongst the long list of cool things Samsung shown off during the Fold showcase, it was multitasking. The large 7.3-inch screen fits up to three applications at once. You can launch an article on one half and use the other half to simultaneously jot down notes and have messages open for quick glances.

The Fold effectively uses the luxurious about of screen real estate available and with all the apps open, it feels like very little is put to waste. This is how you do it, iPad. 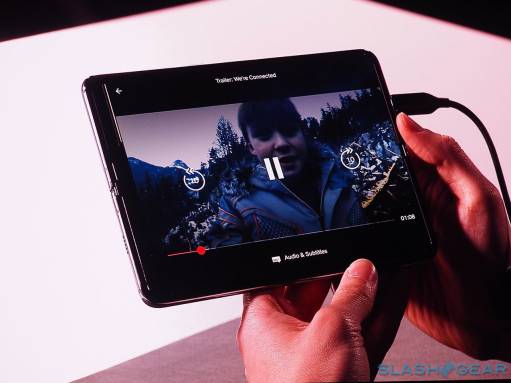 Playing games on a phone was never ideal. Stubby fingers get in the way while controlling characters. Words are often difficult to read.

Instantaneous access to a massive 7.3-inch display fixes all that. Launch it on the front screen and flip open the Fold to play it in all its big-screen glory. The best part: Your fingers are well out of the way.

It also makes a great screen for watching videos and films.

While wow-moments aren’t hard to come by with a device this extravagant, you’ll have to shut an eye when it comes to its appearance. It’s not an elegant execution.

Many things about it are not quite balanced. Its front 4.3-inch display looks a little off-centre – not to mention the bezels and the thickness of the device, both of which are large even by 2009’s standards. You’re not going to fit this one into your pocket.

Folding the screen inwards has also meant that the phone doesn’t close completely flat. There’s a gap near the fold as if folding a book backwards against the bind.

And finally, the crease. Sadly, much like a piece of paper you fold, there’s a subtle crease of pixels down the centre of the screen. While it is possible to rewire your head to ignore it, it doesn’t help the fact that it’s still there.

So what’s the point of the Fold? 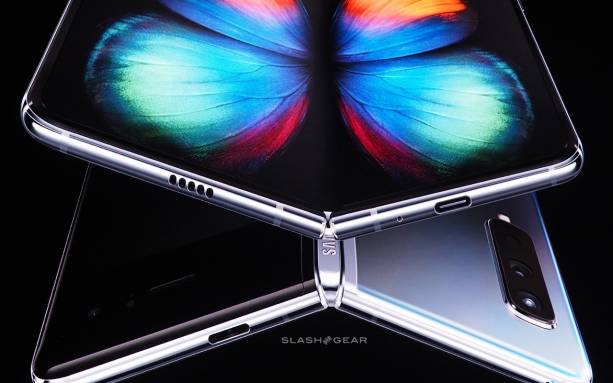 The Samsung Galaxy Fold is a really cool device. But with all its successes, it just doesn’t feel like the finished product yet, never mind the ongoing manufacturing woes. We’re not too sure how many of us can look past its awkward aesthetics or the practicality of carrying a chunky brick of a phone around. You’re getting a lot of phone here, but $2,000 is still a massive asking price. This is certainly still a niche market.

If anything, the folding phones of 2019 are a statement that the technology is entirely possible and is deserves development and time. Samsung, along with Huawei and line of manufacturers in line, are making the case for bigger screens in smaller bodies. Multi-tasking, entertainment and – eventually – durability are all compelling reasons why we could do with folding phones. But for now, patience.