The Samsung Galaxy Book Flex2 α is the least expensive of the three devices released for sale this week. This device isn’t quite as extravagant as the “Pro” models, but gets the job done with a QLED touchscreen that Samsung suggests is “super vivid even outdoors” and a battery that’ll last “up to 18.5 hours.”

The Samsung Galaxy Book Pro is very similar to the Galaxy Pro 360. You could consider the Pro to be the “essential” version of the Pro 360, as they both have the same sort of power and most of the same features, but the 360 goes ALL IN. The Galaxy Book Pro works with an “Advanced AMOLED screen”, comes with an 11th gen Intel Core CPU with Intel Evo, and has a 21-hour battery.

Samsung’s big selling point here is that this device has “Galaxy continuity,” which effectively means it’s THE notebook for people that always use Samsung Galaxy smartphones, and tablets, and so forth. You can find the Samsung Galaxy Book Pro from Samsung on Amazon for a starting price of $999 USD. That’s for the 256GB version – the 512GB version starts at around $1,199.99 USD, in colors like Mystic Blue and Mystic Silver. 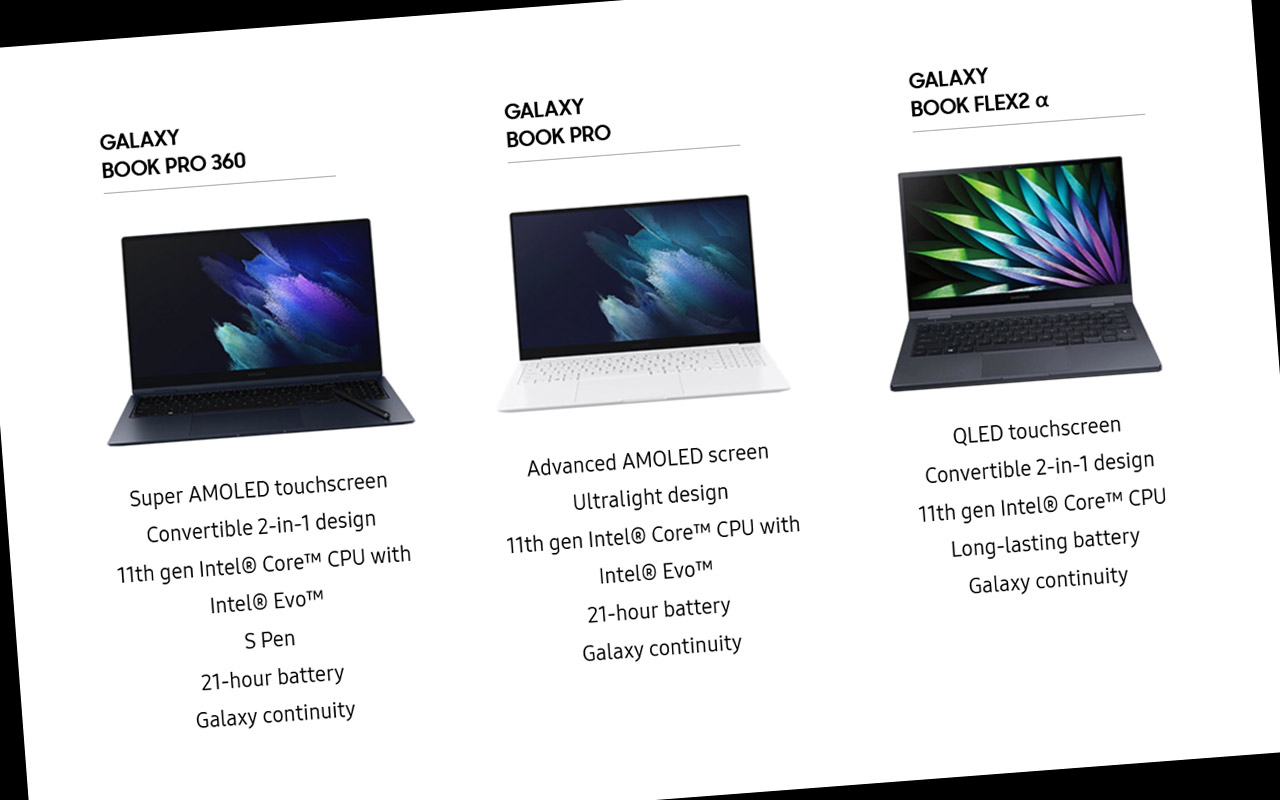 The 360 also has a 21-hour battery and “Galaxy continuity” and a starting price that’s slightly higher than that of the non-360 Pro. You can find the Samsung Galaxy Book Pro 360 13-inch version starting at around $1,200, while the 15-inch version will start at around $1300 USD – and you’ll find this machine available in Mystic Navy and Mystic Bronze.