Those users looking for Samsung notebooks will find a couple new devices appearing on shelves today. Much as it was with each previous release of devices that run Windows and/or Chrome, there’s always alternatives to the newest of the new. Today we’re looking at what these newest bits of hardware provide, and we take a peek at what we might recommend you also consider before buying.

The Samsung Galaxy Book 2 12-inch display-toting 128GB internal storage-having computer has an S Pen and a keyboard, too. This is a sort of Microsoft Surface competitor with Samsung’s spin. The stylus is similar to what Microsoft has for the Surface Tablet, but this is the S Pen, Samsung’s own brand and delivery of the stylus experience. 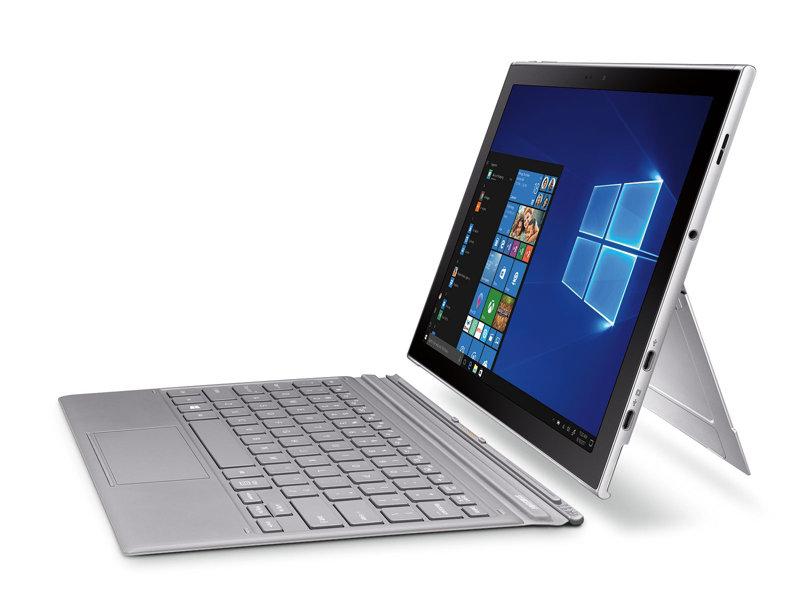 The tech you’re getting with this S Pen isn’t exactly the same as it is with the S Pen on the Galaxy Note. Each piece of hardware is a little bit different. In this case, though I’ve not used it myself quite yet, I imagine it’s a bit easier to hold this stylus for longer periods of time since it’s larger than the Galaxy Note 9’s S Pen. There’s also a rubbery eraser bit here that works with Window 10’s stylus experience in multiple apps.

The tablet can be used with the included keyboard or on its own, completely flat. There’s a kickstand at the back so you can keep it tipped up, and with the keyboard it becomes pretty much a laptop experience. This device uses a Qualcomm processor which we’ve yet to benchmark, and includes AT&T’s LTE connectivity (if you opt for that model).

What does it cost, is it better than a Surface?

It costs more than a Surface Go, but it’s not really meant to compete with a Surface Go. You can learn more about the $400 Surface Go and see if it’s more your speed if you wish. 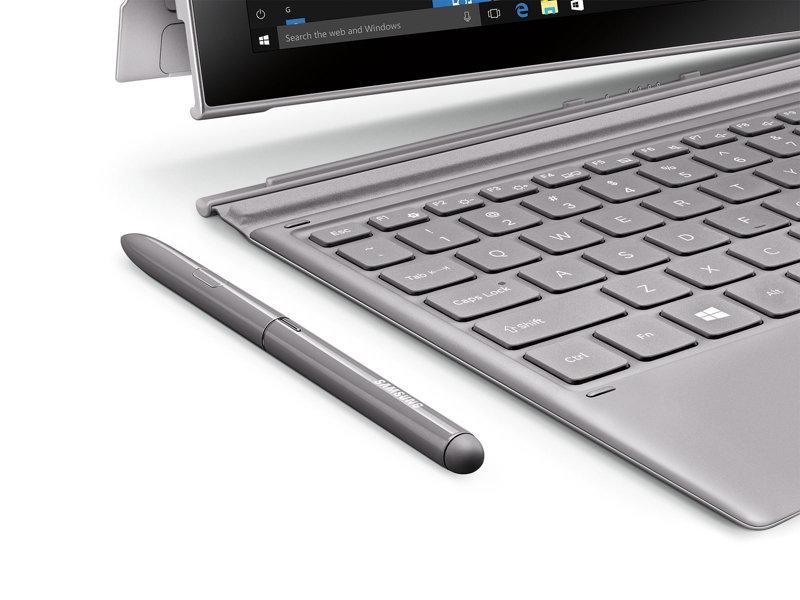 The Surface Pro 6 starts at $900, and includes a full 8th Gen Intel Core processor under its hood. As of the publishing of this article, there is no such thing as a Surface Pro 6 with LTE. For that, Microsoft literally recommends you buy a Surface Pro 5th Gen with LTE on its product page for the Surface Pro 6.

This new Samsung Galaxy Book 2 with LTE was made available starting this week through AT&T and Samsung online. You might even be able to find it elsewhere, if you get lucky!