Samsung has revealed another in its Galaxy series, the Galaxy Ace 3, now targeting entry-level smartphone users who want a pocket-friendly 4-inch device. The Ace 3, teased for some weeks now, packs a 1GHz dualcore processor and a 4-inch WVGA display, along with 3G or LTE depending on market, and Android 4.2 Jelly Bean with Samsung’s own TouchWiz interface and apps suite.

On the back, there’s a 5-megapixel camera with an LED flash, while a VGA-resolution camera is above the screen. Connectivity includes WiFi b/g/n (2.4GHz only) with WiFi Direct support, Bluetooth 4.0, and USB 2.0; no sign of NFC at this level, unfortunately. A-GPS and GLONASS are included, as well as an accelerometer, digital compass, and proximity sensor.

Inside, there’s 1GB of RAM and 4GB of user storage in the 3G model, though only 1.77GB of that is expected to be available to the user. That’s because of all the apps and services that Samsung preloads: you get S Translator and S Travel, along with S Voice for spoken controls, Samsung ChatON for messaging, and the Samsung Hub for media and game downloads. 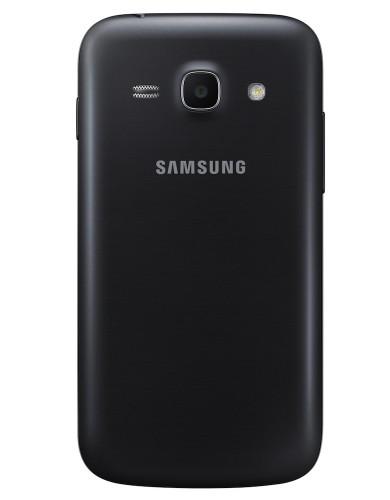 A microSD card slot handles cards up to 64GB if 1.77GB isn’t enough for you, and there’s a 1,500 mAh battery and the option for dual-SIM. The LTE version of the Galaxy Ace 3 has 8GB of user storage; so far, Samsung has only confirmed that the UK will get the LTE model.

The Ace 3 measures in at 121.2 x 62.7 x 9.8 mm and 115g, which makes it a little shorter – but wider and thicker – than the similarly 4-inch iPhone 5. Apple’s handset (which, admittedly, is only a direct competitor in screen size) also has a higher resolution panel.

Samsung hasn’t said how much the Ace 3 will cost, though given the specifications we’d guess it’ll be at the inexpensive end of the market. We’ll presumably know more when Samsung shows the new smartphone off at its Premiere 2013 event later this month.