It was a promise half a year in the making. Samsung has finally launched its first line of Ultra HD monitors that aim to cater to gamers more than any of its screen lineup. While the 24-inch U24E590D and the 28-inch U28E590D do not flaunt curves like Samsung is wont to do, they do have one advantage over regular monitors, curved or not. Aside from an Ultra HD resolution, these two displays are the first of Samsung’s monitors to carry within them AMD‘s FreeSync technology.

FreeSync might be an alien name for those who haven’t been keeping tabs on gaming technology. In a nutshell, FreeSync synchronizes the refresh rate of the monitor with that of the graphics card. Being an AMD technology, that practically means an AMD GPU. In some cases, due to performance considerations on the PC side, the graphics card dishes out data faster or slower than the refresh rate of the monitor. FreeSync can dynamically adjust the monitor’s rate in that case to prevent tearing and increase responsiveness.

Sounds familiar? That’s practically the same concept behind NVIDIA‘s G-SYNC, AMD’s rival in the graphics industry. Both try to solve the age old problem of tearing in their own proprietary way. Both also require specific branded hardware to make the magic happen. While some have espoused G-SYNC, Samsung, who was sued by NVIDIA by the way, is siding with AMD.

Last November, Samsung and AMD announced their partnership to bring FreeSync to Samsung’s UHD monitors. Fast-forward 6 months, those monitors have finally arrived. Or at least one of them. The U24E590D has a 23.6-inch screen that utilizes PLS technology while the U28E590D has a 28-inch TN panel. Both sport the same 3840×2160 UHD resolution and 16:9 widescreen aspect ratio. In terms of brightness, the U24E590D scores 300 cd/m2 while the U28E590D boasts a higher 370. Aside from the FreeSync feature, the UHD monitors also come with Picture-in-Picture, allowing users to “embed” a video while working on a document, and Picture-by-Picture, which lets users connect two input sources to the same monitor. 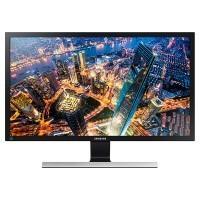 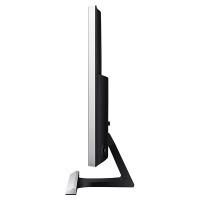 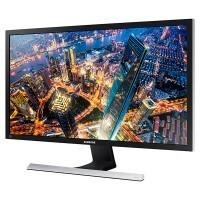 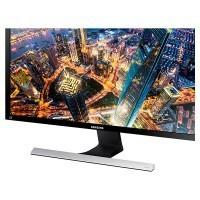 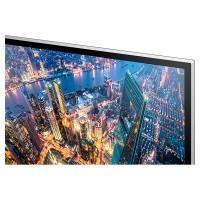