Samsung beaten by Xiaomi in China for smartphone shipments

This quarter appears to have been the haymaker for Xiaomi in China as, according to analysts at Canalys, the vendor tripled shipments in three months. What’s more, it would appear that Xiaomi has done what Apple – thus far – has been unable to do: they’ve out-shipped Samsung. Samsung’s shipments fell this quarter as well while Xiaomi, Lenovo, Yulong, and Huawei all grew.

China is very obviously a growing environment when it comes to smartphone shipments and sales. Xiaomi earned a 14% share of the shipments of smartphones this quarter in China, beating out every other major vendor. Samsung, Lenovo, and Yulong all have 12% of the market, Huawei has 11%, and the rest of the smartphone market in the region (including Apple) account for the other 39%. 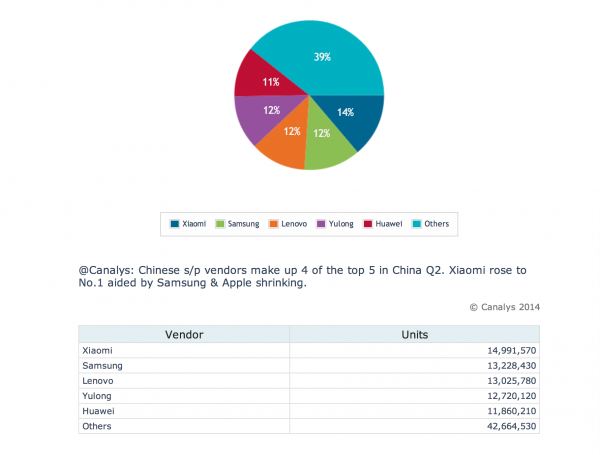 NOTE: This is smartphone SHIPMENTS, not sales. Shipments can be imdicative of sales, but do not reflect end user sales directly.

Apple also grew 58% year-over-year this quarter in China, putting it amongst the crew as a very similar contender with the growth rate of Huawei. Meanwhile Xiaomi, again, blew up the charts with 240% growth year-over year. 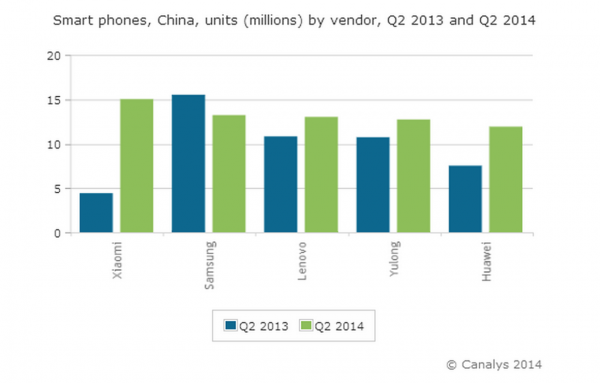 This should be a sort of wake-up call for Samsung in the region – unless of course they’ve got a more grand plan which includes world domination. They’re doing pretty OK at that at the moment as well. 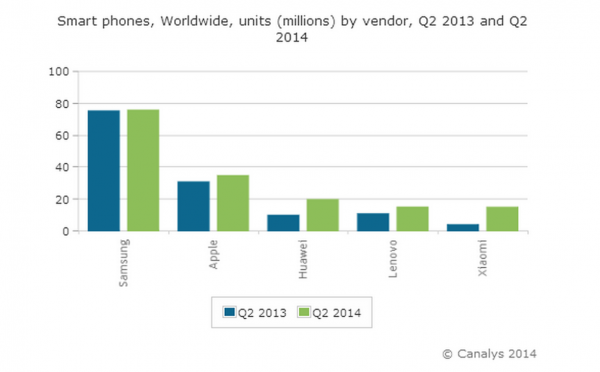 Above you’re seeing smartphone shipments worldwide. See that massive set of columns on the left? that means that Samsung is doing very well for itself. Or at least doing extremely well at shipping phones.