Samsung has a new version of its most popular SSD, with the Samsung 870 EVO promising up to a 38-percent boost in speed for those wanting a big chunk of speedy solid-state storage. Replacing 2018’s 860 EVO, the new SSD supports maximum SATA sequential read speeds of up to 560 MB/s, and write speeds of up to 530 MB/s.

It’s based on Samsung’s new V-NAND memory and controller, with a variable SLC buffer. The performance improvement isn’t just in sequential rates, either; Samsung says that random read speeds are up nearly 38-percent in the 870 EVO, compared to its predecessor. While the 860 EVO’s focus was removing a bottleneck for 4K editing, times have moved on and the 870 EVO has set its sights on the 8K editing that many creatives now find themselves wrangling.

While there are faster drives out there, Samsung’s goal with the EVO series is balancing performance with price. On sale now, it’s available in sizes from 250GB through to 4TB, kicking off at $49.99 at the low-end and $529.99 at the other extreme. All use a 2.5-inch SATA interface for maximum compatibility, and there’s support for Windows’ Modern Standby system. 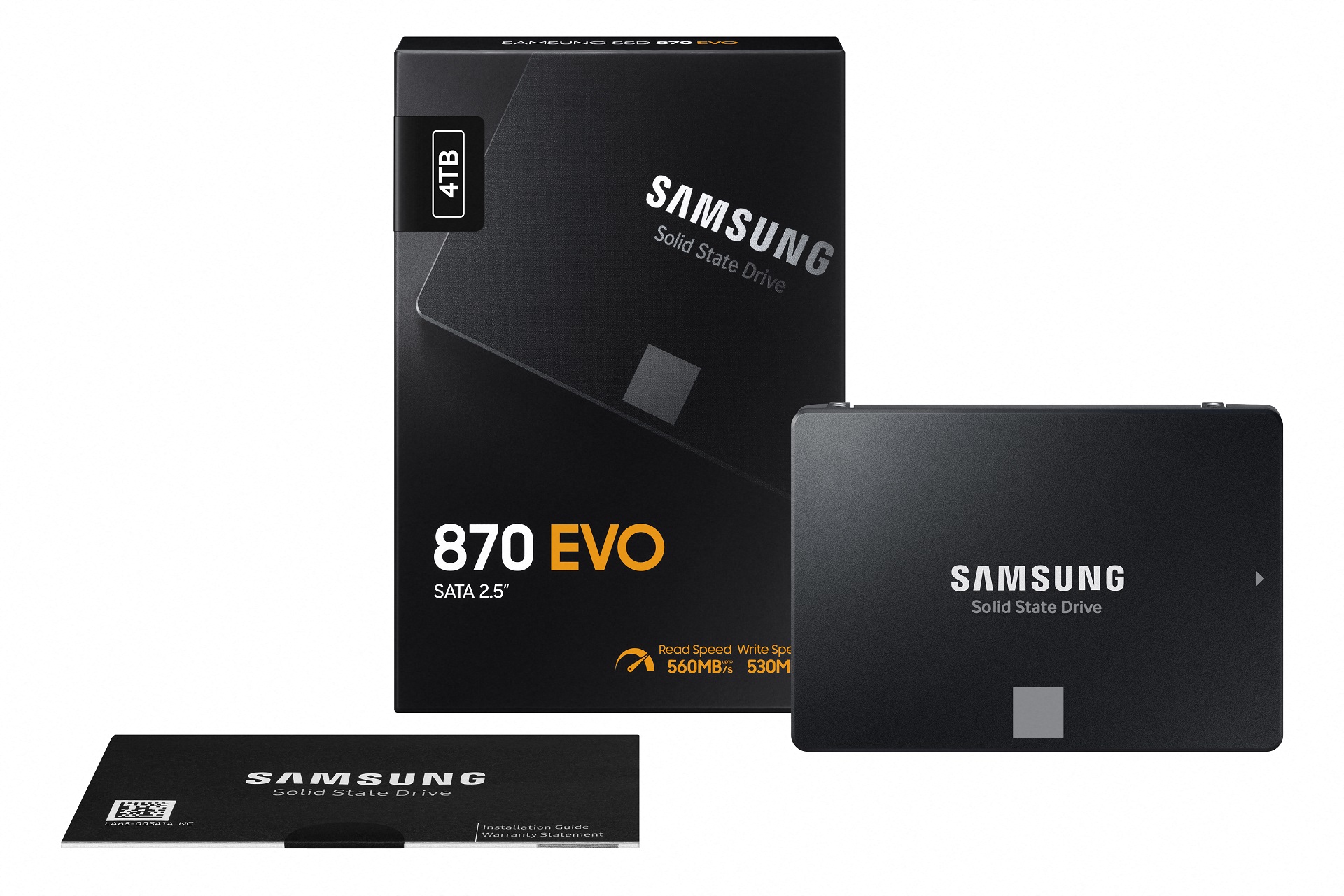 Indeed, Samsung says that this time around there’s even more confirmed compatibility, with the company having tested the new SSD across not only different chipsets and motherboards – from brands including AMD, MSI, and Gigabyte – but various NAS models from Synology and QNAP, and video recording devices from BlackMagic Design and ATMOS. Sustained performance sees a roughly 30-percent bump compared to the 860 EVO, Samsung claims.