Without a doubt, the flagship of Samsung’s CES presentation this year is its stunning OLED TV, which they’ve cranked up to 55 inches. The company is calling its spin on organic light-emitting diodes “Super OLED”, and after seeing the results with our own eyes, we won’t argue. The pictures from the CES floor don’t do it justice, but we took them anyway for those of you drooling at home.

Bumping OLED up to a much larger size hasn’t diminished its quality: the colors are brighter and more saturated than any other television I’ve seen… with the possible exception of LG’s 55-inch unit. Black levels are downright unbelievable – when the screen displays a centered image on a black background, it’s impossible to spot the bezel. Movement is fluid and graceful, even when the entire screen is filled with motion and eye-searing color. 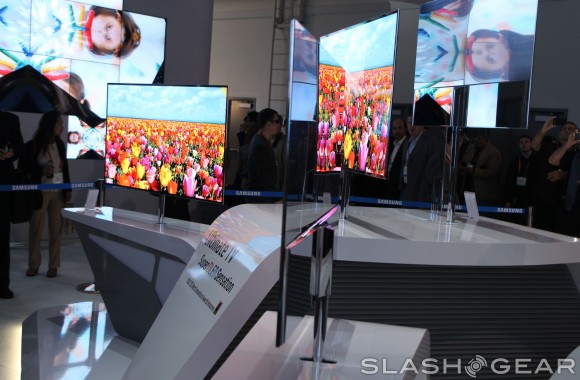 Of course the picture isn’t the only thing that amazes about OLED, and Samsung hasn’t neglected the styling on their new flagship TV. We weren’t able to take measurements, but the bezel looks like about three quarters of an inch. The mirrored brushed aluminum back tapers to a point on the top of the unit, and manages to be shockingly thin right down to the AV connections and stand – look at it from the side and it’s honestly hard to spot.

Samsung hasn’t mentioned any pricing information for the 55-inch Super OLED TV, but assures us that it will be available at retail by the end of the year. Start saving your pennies now, videophiles. 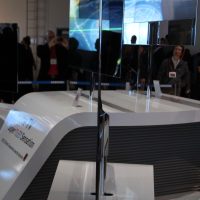 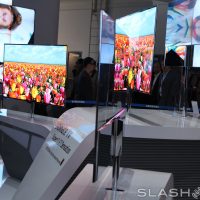 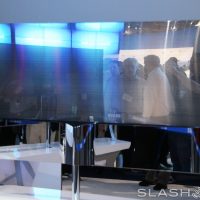 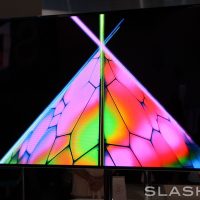 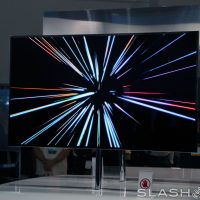 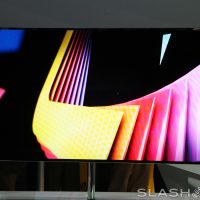 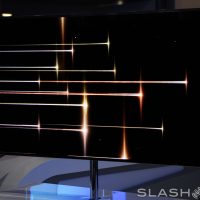 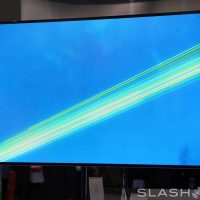 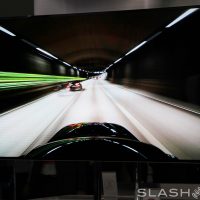