Samsung has brought its latest gaming monitor to E3 2019, with a 27-inch, 240Hz G-SYNC compatible curved LCD promising silky-smooth gameplay. The Samsung C27RG5 trades resolution for refresh rates: while it tops out at 1920 x 1080 pixels, rather than hitting 4K, the rate at which it can keep those pixels updated is much faster than the average monitor.

The curved VA panel can hit up to 240 Hz, and supports NVIDIA G-SYNC if you have a compatible graphics card. That should make for low-latency and tear-free gameplay with the right titles.

Even if you’re not a gamer, there’s plenty to like. A 3,000:1 contrast ratio, for example, and the promise of wide viewing angles. Samsung quotes 178 degrees horizontal, and 178 vertically. There’s a grey to grey response time of 4ms.

Brightness is 300 cd/m2, and there’s an Eye Saver Mode and a specific low-input lag mode. Mulitple different game modes are baked in, too, all accessed via the monitor’s own controls and menus. They range from FPS, RTS, and RPG, through AOS, Cinema, DCR, and finally up to three custom modes which can be preconfigured by the user. 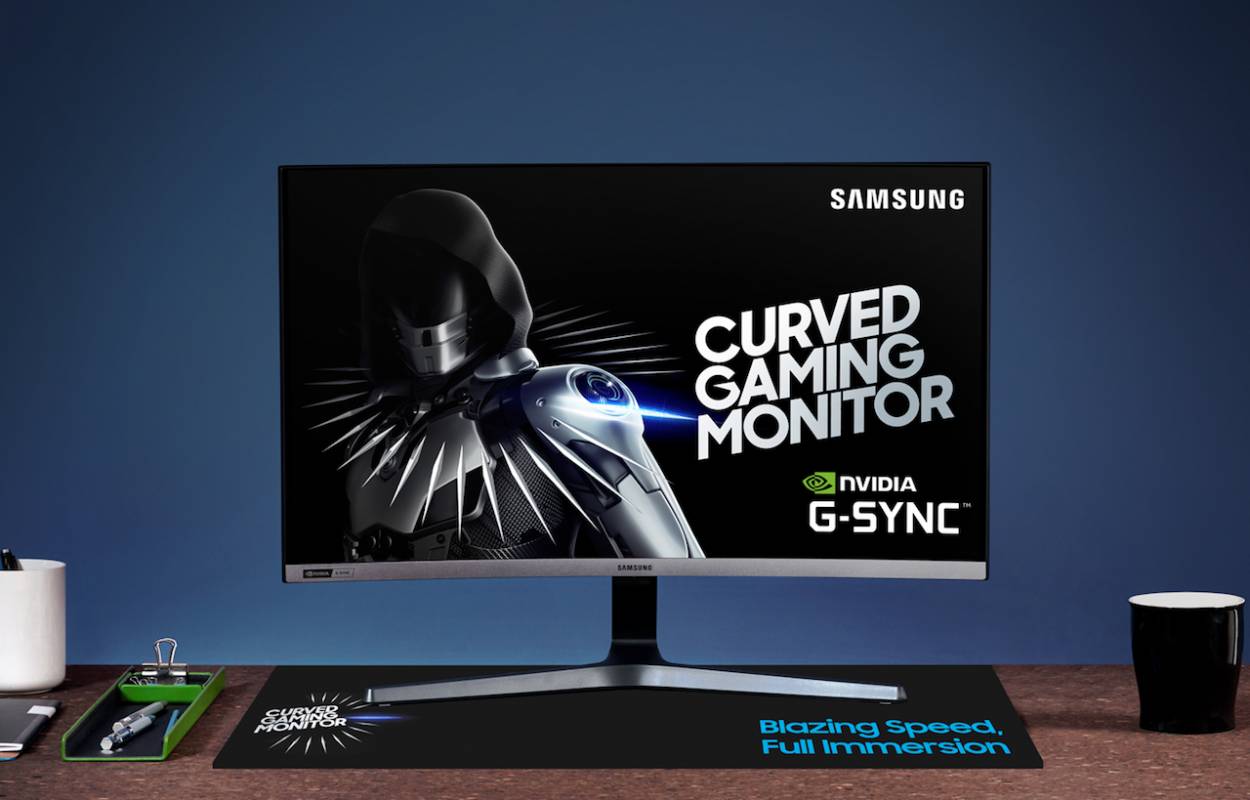 As for ports, there’s a DisplayPort 1.2, two HDMI 2.0, and a headphone jack. The whole thing sits on a tilting stand, and there’s a VESA mount on the back. Skinny bezels on the sides and top should prove less distracting during gameplay, as should the dark blue-gray finish of the rest of the monitor and stand.

It’s designed to be a more affordable option for gamers who want high refresh rates and a curved panel, but don’t necessarily have the budget for some of Samsung’s larger, higher resolution screens. The 49-inch Samsung CRG9, for example, packs a huge 1800R curve – versus the 1500R of this LC27RG50 – and a whopping Dual QHD 5120 x 1440 resolution, together with HDR1000 support. However it also costs a whopping $1,500.