The high definition 2012 line of LED TVs from Samsung have been revealed, and everything from the massive 65-inch ES8000 all the way down to the 26-inch EH4000 are up for grabs throughout the year. With only 6 out of a vast list of new models being TBA for availability time, we’ve got so many features to look forward to with Smart TV integration with LED brightness that your head will spin. Prices on this giant line of televisions ranges from $329.99 all the way up to $5,099.99, and that again is for the 65-inch model without an availability estimation.

Though features to vary by model, Samsung has presented an impressive lineup for these televisions for the 2012 season of Smart TV and LED technology integration. Starting with improved picture quality, these televisions will have both Micro Dimming Ultimate and Real Black Pro up their sleeves controlled with a handful of new control abilities. You’ll be able to use your new Smart Touch Remote, your Smart Wireless Keyboard, or voice and gesture control as well as facial recognition. You’ll basically not be able to walk by your television without wanting to wave your hand in front of it to change the channel or have it tell you how nice you look today with name included with its recognizer tech. 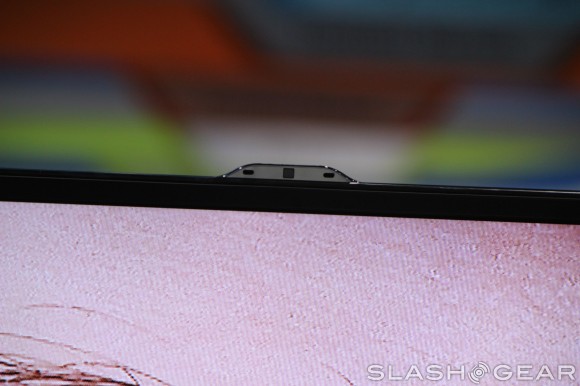 Inside each of these televisions you’ll find a dual-core CPU able to have you switching between integrated apps and tasks with ease. Inside you’ll also see AllShare Play, this feature allowing you to seamlessly connect with devices throughout your home for interaction like you’ve never seen before as well as for cloud storage should you enjoy doing such things. 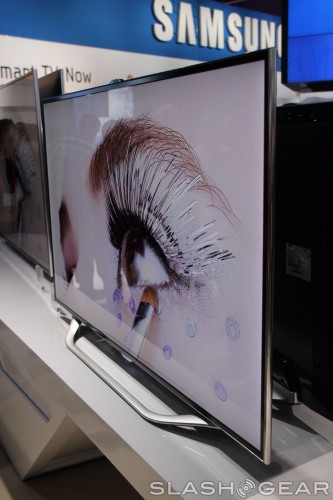 You’ve got the Smart Evolution project working inside each of these televisions to let you know what’s awesome about your TV day to day, there’s an integrated camera with noise-canceling microphone in each unit, and there’s a brand new Webkit-based web browser for your web browsing experience to only get better here on the TV screen. Have a peek at the full line of televisions here and let us know which one you’ll be eyeing this season!

Of course don’t forget to look back at the televisions we’ve seen already, most of them having popped up over the past few weeks, CES ahoy! It’s looking like 2012 is shaping up to be the real Year of the Smart TV, doesn’t it?