Electric bicycles are becoming increasingly popular, particularly in congested urban areas where riding bicycles to and from work is a popular alternative to public transit and dealing with a personal car or truck. Harley-Davidson revealed a very cool electric bicycle last year and ultimately spun off another company called Serial 1 to build and sell the electric bike. The bicycle is called the S1 MOSH/TRIBUTE, and it looks like the vintage-styled e-bike revealed late in 2020.

The electric bicycle has styling touches meant to remind of the very first motorcycle built by Harley-Davidson about a century ago. The e-bike will be built in limited numbers and features a leather seat and grips, brass accents, glossy paint, white tires and uses a brown drive belt rather than a chain.

Overall, the e-bike has a vintage look while having modern electric bicycle tech wrapped inside. The battery pack for the bike is located inside the thick frame near the crank. The images here are of the original prototype, and the original production bike from Serial was similar to the prototype but lacked some of the accidents. The new limited-edition Serial S1 MOSH/TRIBUTE debuted this week and has all of the touches that made the original concept so appealing.

The limited-edition S1 MOSH/TRIBUTE will be produced in a run of 650 units distributed evenly for the US and Europe. The first models will land in Q4 2021. The bicycle features a Brose mid-drive motor, Gates carbon drive belt, and TRP hydraulic disc brakes. 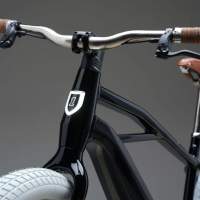 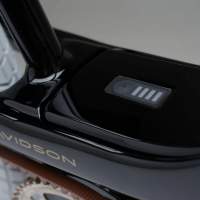 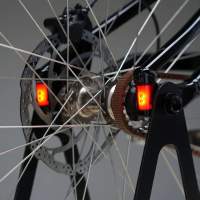 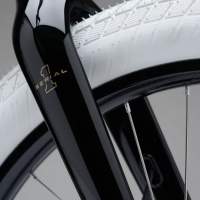 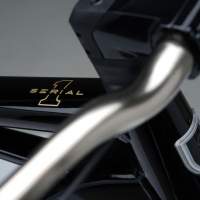 To keep the bicycle clean and functional, yet clean all of the cables for the lighting and hydraulic hoses for the disc brakes are routed inside the bicycle frame. Pricing on the S1 MOSH/TRIBUTE is unannounced. Serial 1 promises that in the future, it will offer additional exclusive and desirable e-bike models.