Ruffle is the anonymous Snapchat: beware the obvious

There’s a brand new app on the block with a perfect name, Ruffle (because it’s about to do just that to your feathers). This app was made for image sharing, and that’s just what it’ll do. You’ll send images (most likely photos you’ve taken) to completely random strangers*, and in return you’ll receive photos from completely random strangers. When you see a photo incoming, you’ll see it pixelated. If you don’t want to de-pixelate it, you don’t have to.

While the app is marketed to appear to be able to send photos to complete strangers, that’s not entirely true. You will actually need the phone number of the person you’re sending images to. People sending you images on Ruffle will also need your phone number.

The plus side of this is that youngsters will be able to play the “who sent me this picture of a butt” game. The negative side of this equation is the fact that your kids are about to be sharing pictures of their butts with each other. 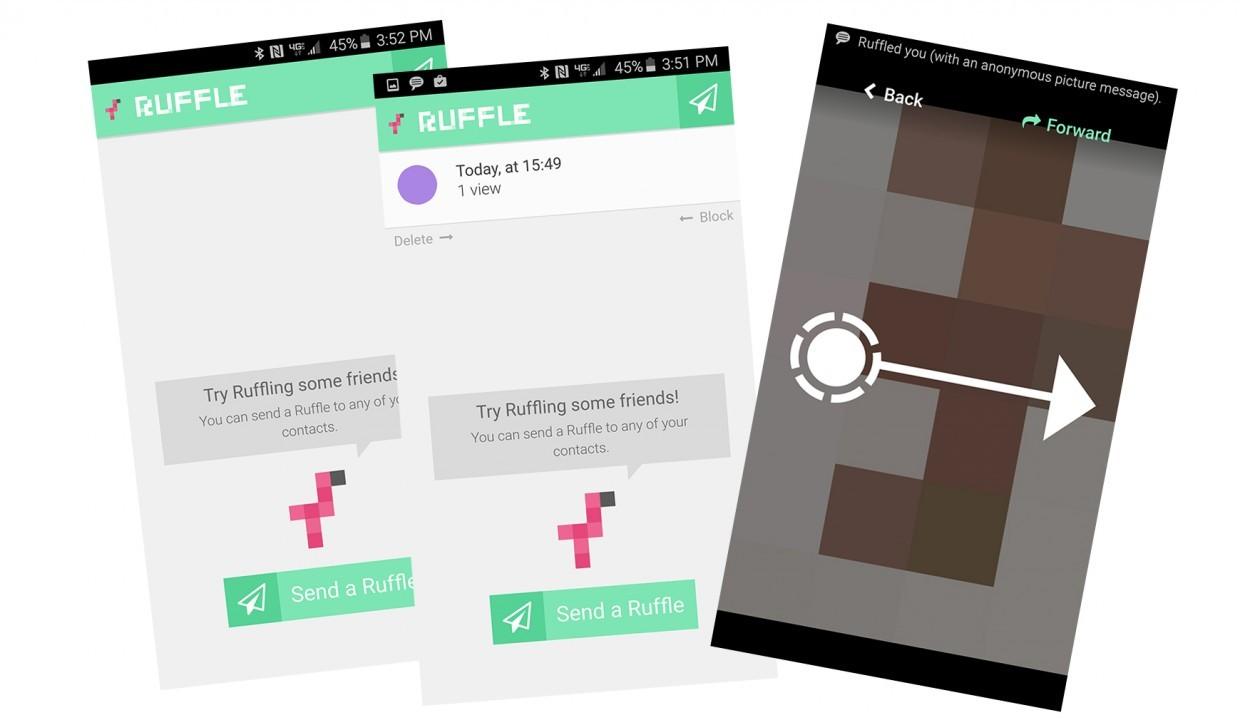 So it’s basically like any other image sharing app, or Snapchat – but it’s done anonymously. Sort of. You’re not going to be able to tell who each message (or “Ruffle”) came from, but you will be able to reply to them.

You’ll also be able to block a number, as each account is attached to the phone number in the phone of the account holder. So there’s that, on the privacy side.

But you weren’t getting into this sort of thing to be private anyway, right?

You can attain Ruffle on the iOS App Store or the Google Play app store right this minute.