Rosetta comet photos: up close and personal with 67P

Less than 9 kilometers from the surface of a comet, Rosetta is taking photos for us humans to see. While we’ve yet to hear from Philae since shortly after it landed, Rosetta’s still in full operation. Taking photos from just about as close to the surface as the craft is going to get, our first glimpses from above the surface of this comet are coming in now. These aren’t the first views we’ve gotten of the rock – we got some photos from Philae, after all – but they are the largest and most impressive.

From Rosetta you’ll see the following image combined in montage style to show the full comet. This selection of images was captured on the 14th of February – Valentine’s Day – this year, 2015. The image scale of the originals is around 3-meters per pixel, and each frame measures 3km across. 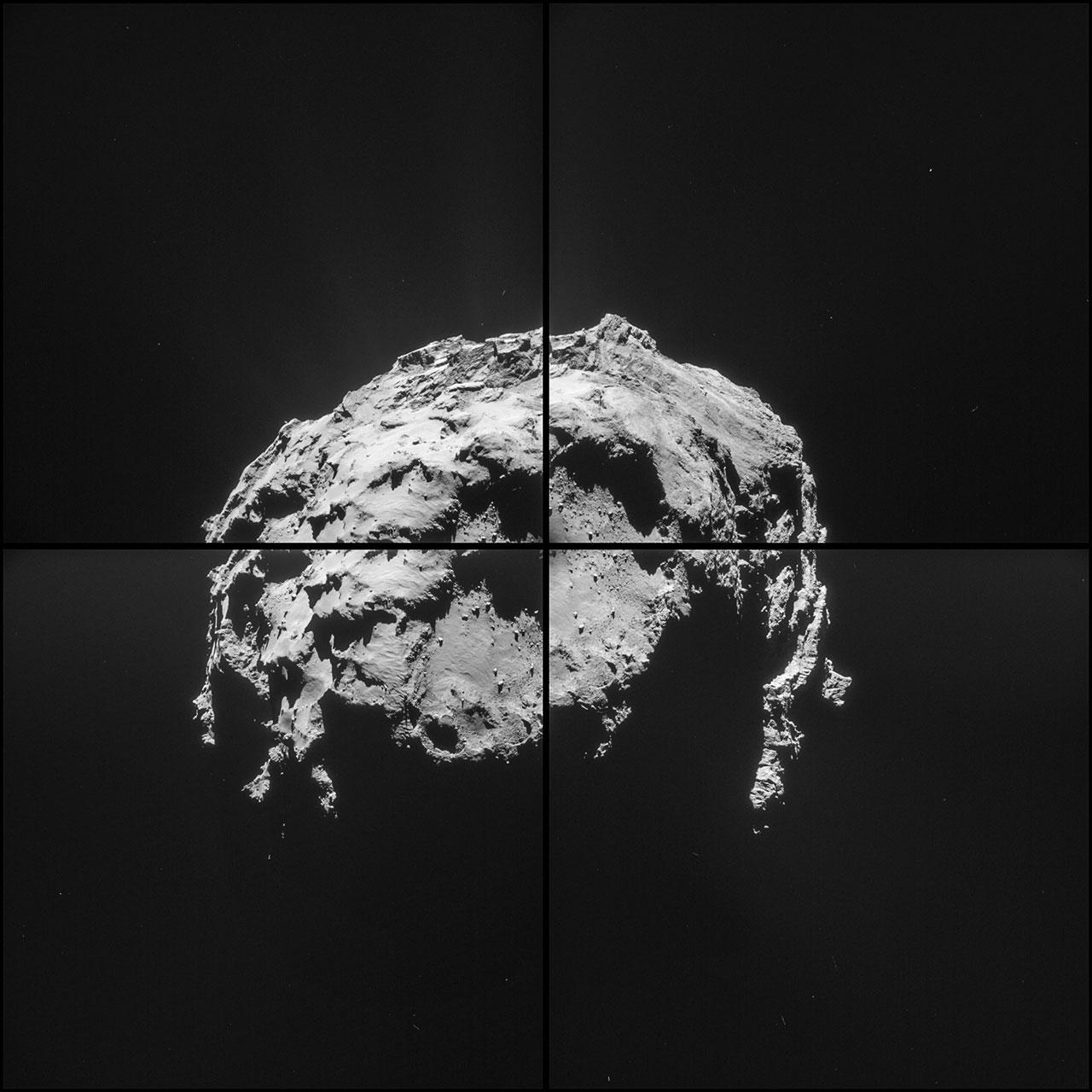 These images were captured from a distance of around 35km from the surface of the rock. According to the ESA, this section of the comet is a focus of “Hatmehit”, a large depression of the comet’s small lobe.

All images in this article are credited to ESA/Rosetta/NAVCAM – CC BY-SA IGO 3.0.

The next image you’re seeing is another (extremely well stitched) set of four images captured on 14 February at 14:15 GMT. This image was captured at a distance of 8.9km from the surface of the comet. 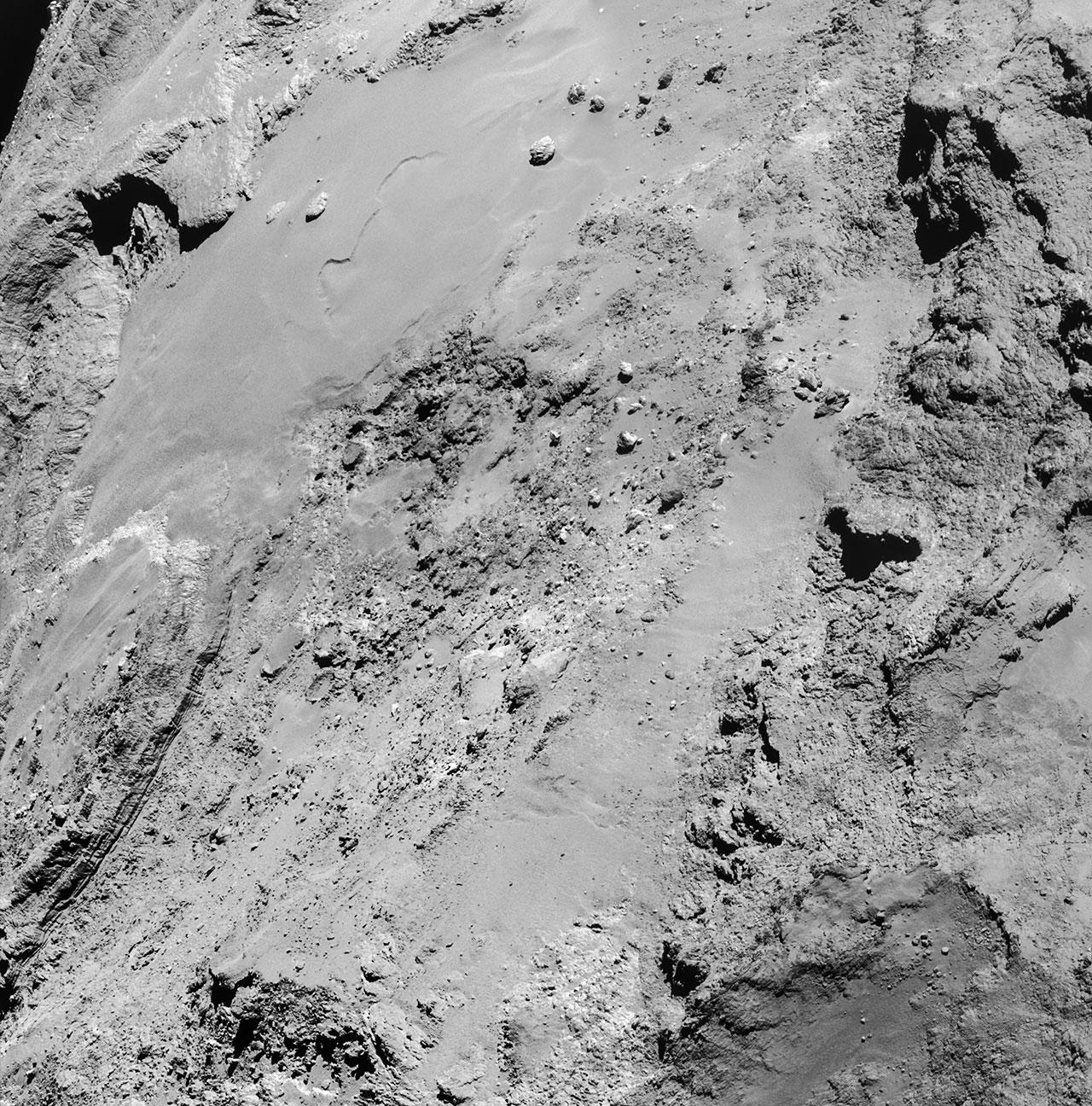 The image you’re seeing above focuses on the Imhotep region of the comet. This section exists on the comet’s large lobe, and features several rocky regions as well as smooth, dusty areas throughout. 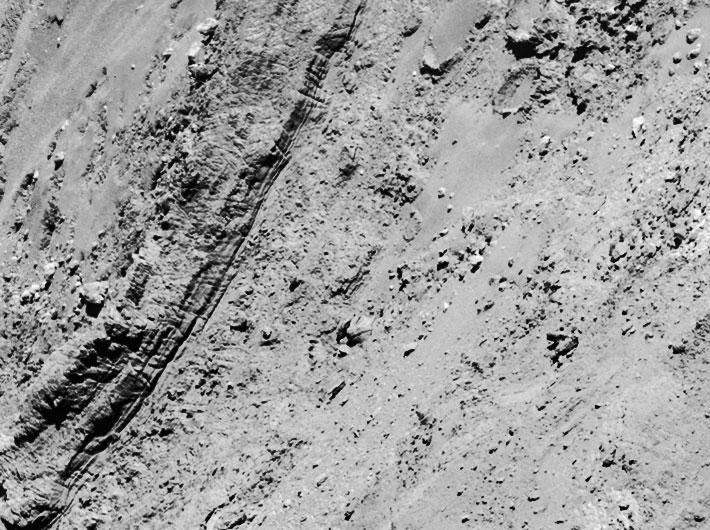 One area we’d like to point out is this bit of layered material. Looks like someone was letting their fork drag through the dirt – in reality it’s more likely closer to what we know as sedimentary earth – layers revealed as time passes.

Instead of being under the ground and created by eons of different kinds of dirt being layered down, here it’s more likely created by melting ice.

Another image – shown below, is a four-image montage of the comet taken the same day as the rest of the photos, but here at 10:15 GMT. These images were taken at about 12.6km from the comet center or 10.6km from the surface. 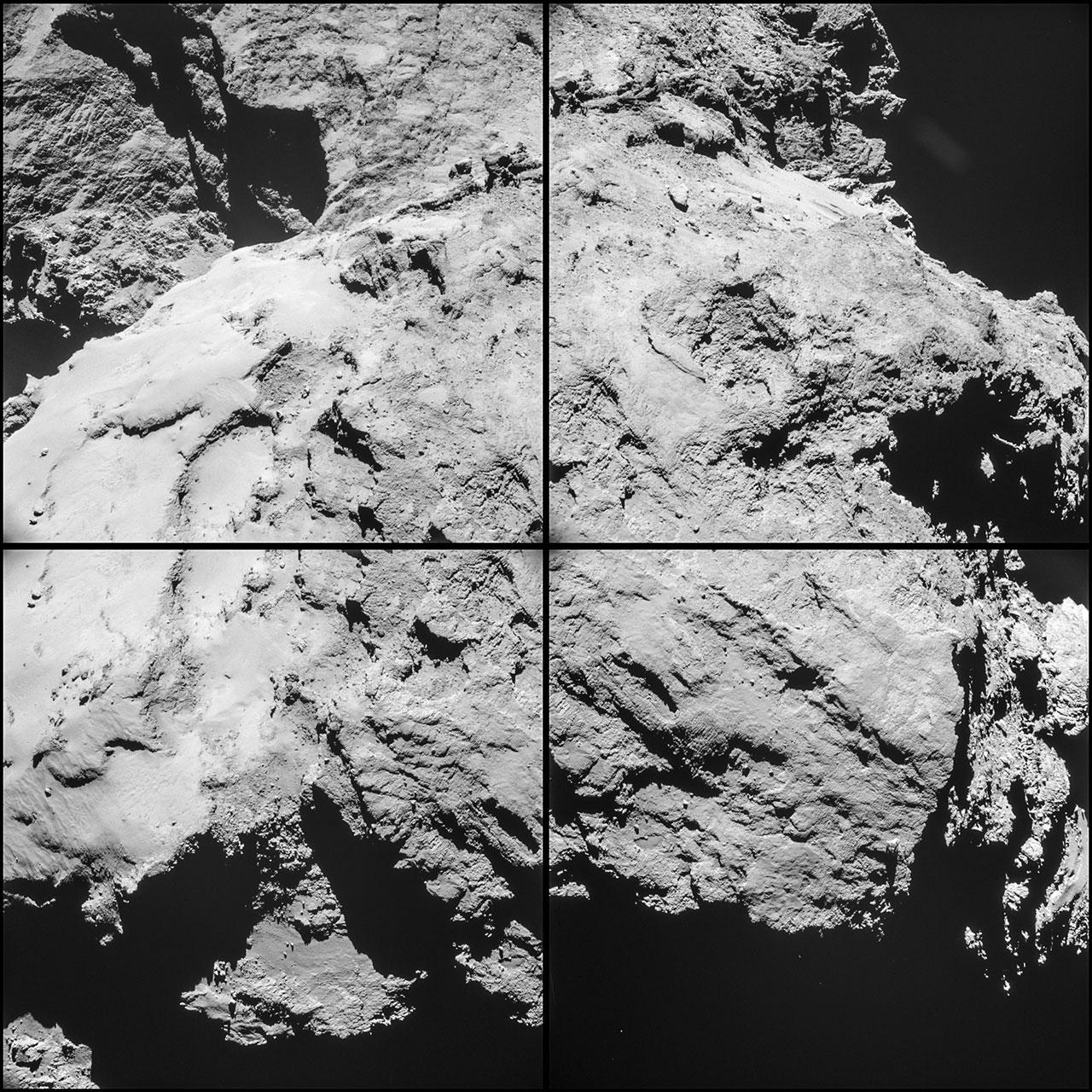 Image scale here is 1.1m/pixel and each frame measures in at 1.1km across. This is the back of the large comet lobe.

The final image you’re going to see here is another four-image montage showing the comet’s small lobe, shown at the top of the image, with the larger lobe near the bottom. 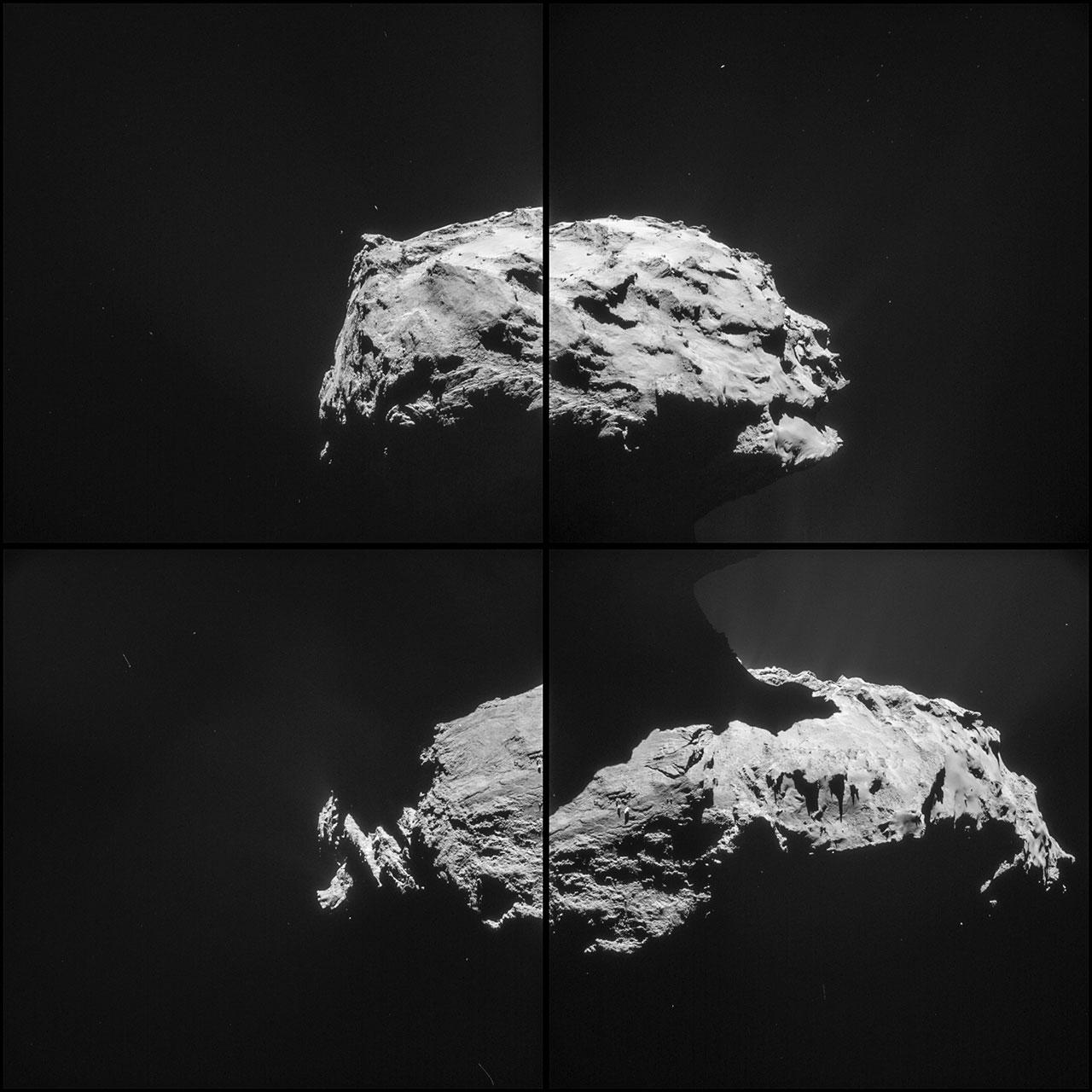 This image’s scale is 2.7m/pixel while each frame measures 2.8km across. This photo set was taken from a distance of about 31.6km from the center of the comet.

At the time of this article’s publication, Rosetta will have moved back out from the comet to a distance of about 255km from the comet’s center. Stick around SlashGear Science for more!

NOTE: If you’d like ultra-massive versions of these images, head back to the source at the ESA in the Rosetta blog.