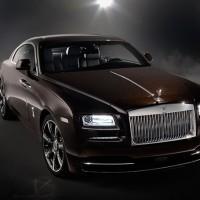 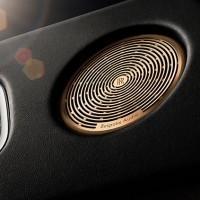 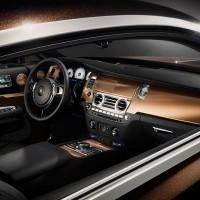 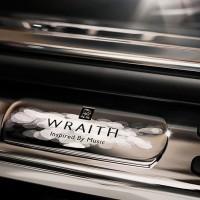 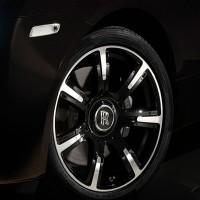 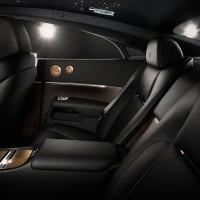 The car has a Lyrical Copper exterior paint finish with a blend of brushed and polished textures. The speaker grilles have been reimagined giving them a distinctive style and they are copper colored. Copper colored door inserts carry them theme to other parts of the car and taper to the rear of the car.

Book matched copper finished features are found on the fascia of the car for the first time and the copper tone is on the Wraith seat bullets as well. The audio system itself is a 1300W, 18-channel system with two exciter speakers hand-fitted in the headlining of the car designed to bring sound to the listener at ear level. The “Inspired by Music” edition completes a trilogy of special versions of the Wraith alongside the “Inspired by Film” and “Inspired by Fashion” versions.