Rolls-Royce made a 1:8 scale Cullinan SUV that costs more than a real car

Rolls-Royce has a new model, quite literally in fact, with a shiny scaled-down version of the Cullinan SUV that will cost you as much as a brand new – and full-sized – Toyota Yaris. The latest hand-finessed frippery from the British automakers boutique, the 1:8 scale Cullinan is astonishing in its level of detail – though then again perhaps that’s what you’d expect from a hand-made model.

Over 1,000 pieces go into the Cullinan scale replica, to make as close an SUV as to the full-sized version as possible. The doors open, as does the hood and the luggage compartment. There’s a perfect likeness of the 6.75-liter twin-turbocharged V12 lurking inside, too. 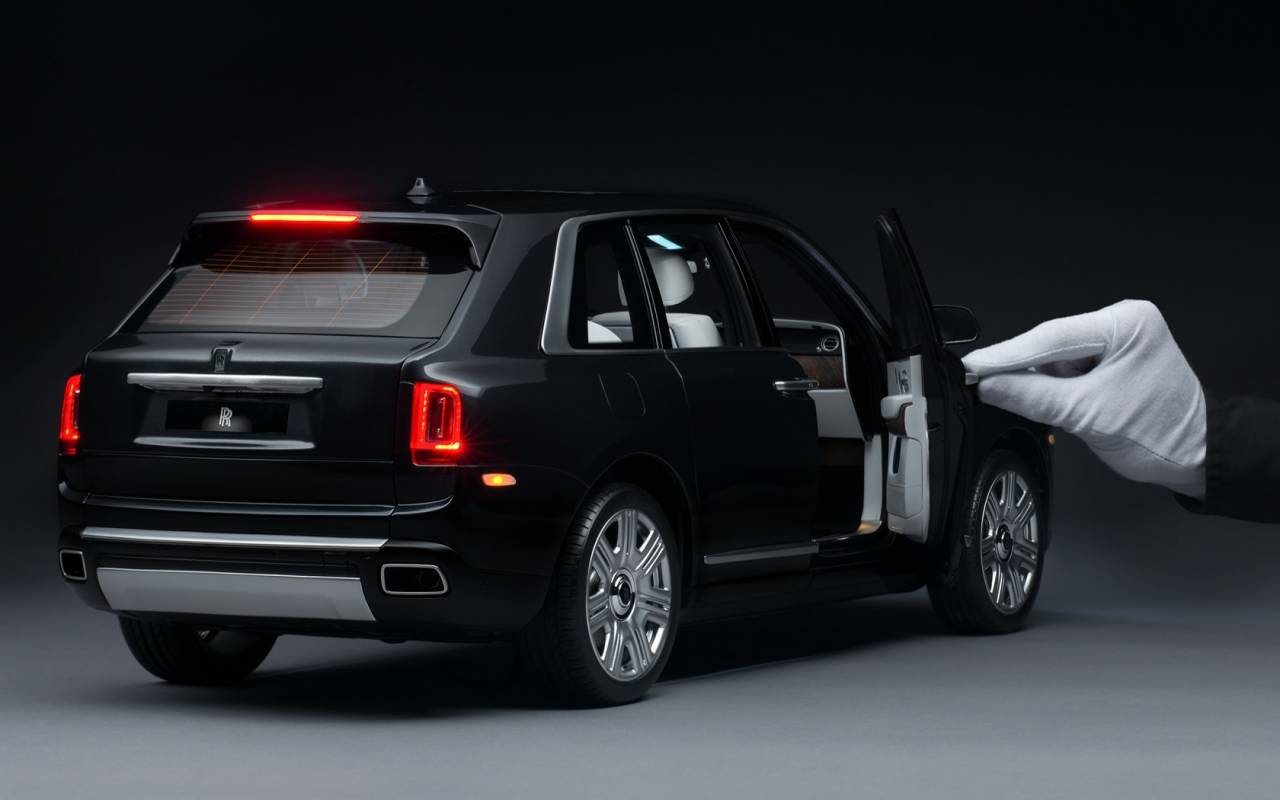 The paint is the exact same that Rolls-Royce uses on its full-sized Cullinan, applied by hand, and then hand-polished too. Just as on the actual SUV, the coachline running down the side of the car is painted on by hand as well. All of the exterior lights function, operated by a remote control; open the doors, and the tread plates illuminate too.

Even the cabin relies on the same materials as the actual Cullinan, with headrest embroidery, seat piping and stitching, and wood finishes. It should perhaps come as no surprise, then, to discover that this isn’t a casual afternoon project for the team at Rolls-Royce’s workshop. In fact it can take up to 450 hours, which is more than half the time needed to build the drivable SUV eight times its size. 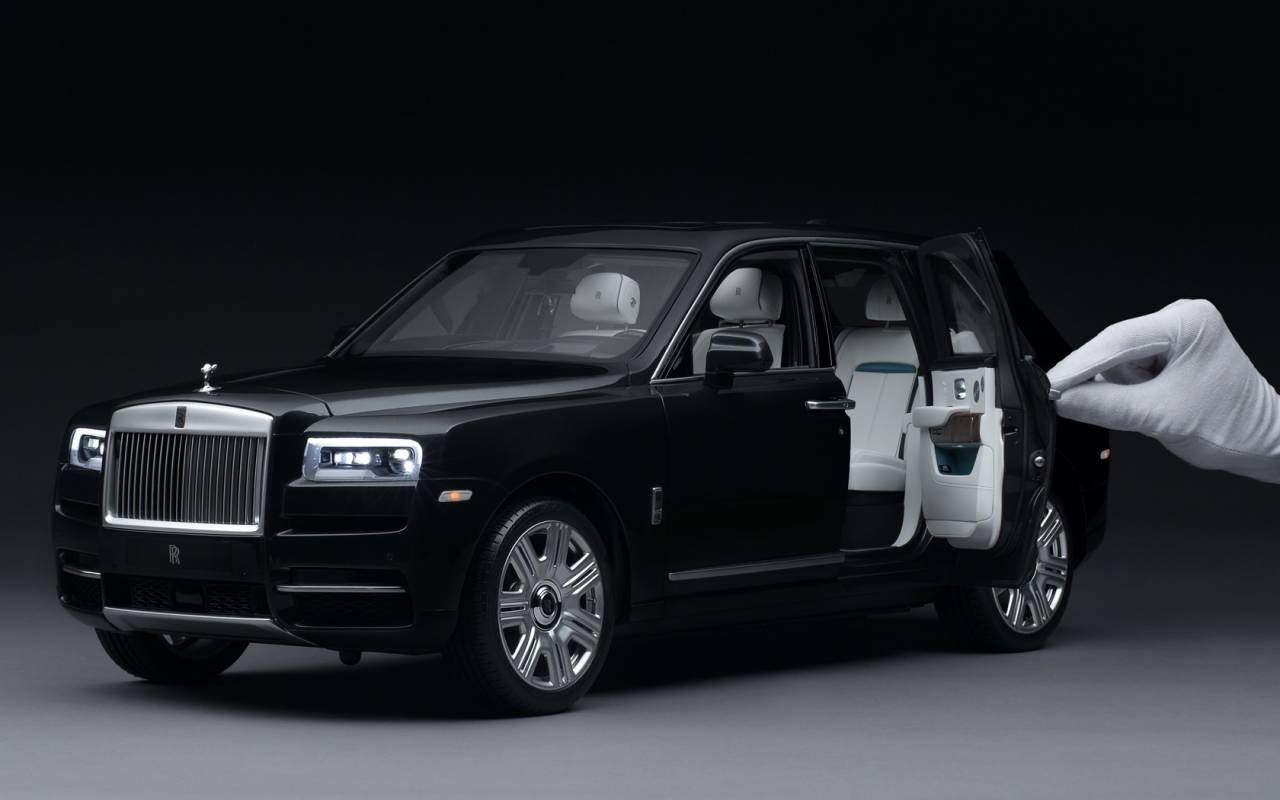 All that work comes at a price. This shrunken Cullinan will start from $17,100, Rolls-Royce tells SlashGear, assuming you’re happy with the standard Tungsten exterior color and Arctic White interior. Alternatively, you can opt for a bespoke version, for around $27,360, which can be finished in any of the 40,000 “standard” paint finishes the automaker offers, or in a custom hue.

To put that into more everyday context, you can stroll into your local Toyota dealer and drive away in a brand new Yaris hatchback – which Toyota says takes about 17-18 hours to build, on average – for about the same as the cheapest Cullinan 1:8 replica. Then again, a Cullinan you can drive starts out at $330,000, and it doesn’t come with the three foot long display case that the replica does. 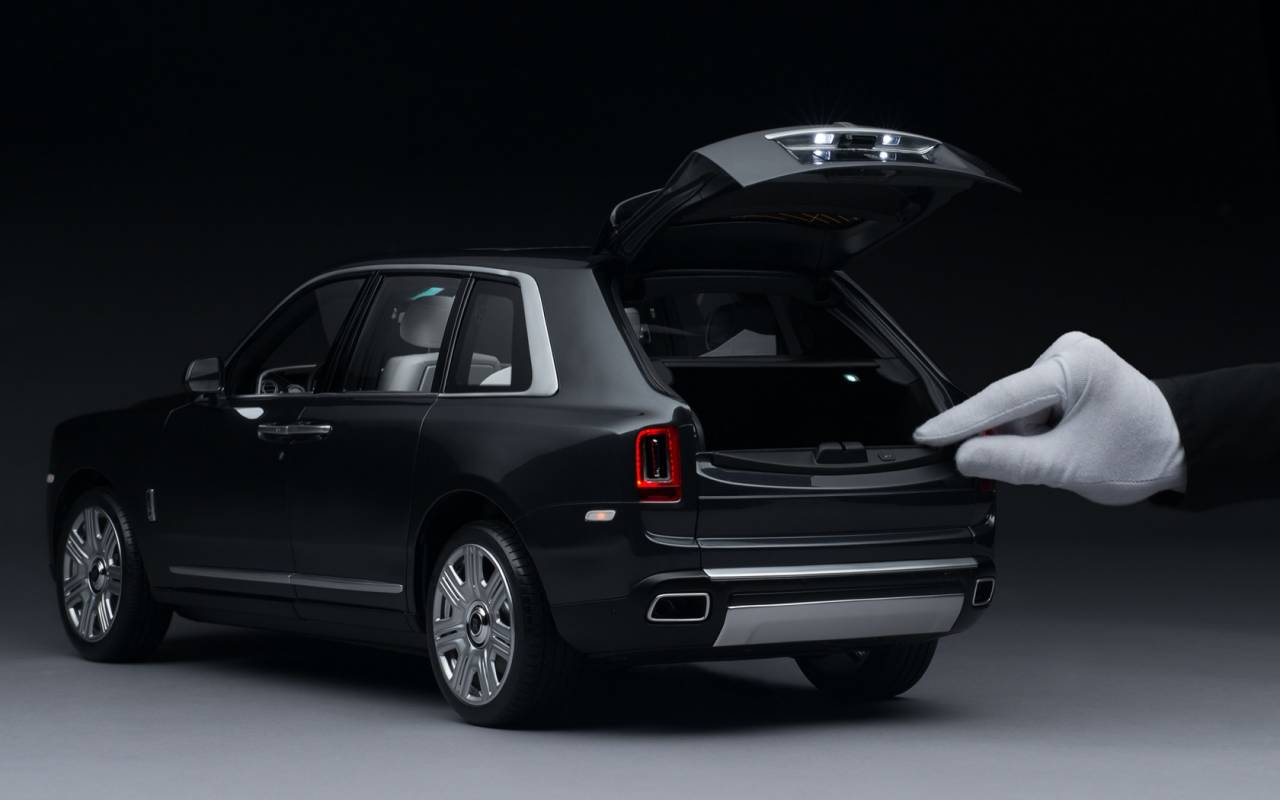 As we found when we drove the actual SUV, there’s something undoubtedly special about the first Rolls-Royce officially intended for off-roading. Just as lavish inside as a Phantom sedan, but with permanent all-wheel drive and an unexpected proficiency in the mud, the Cullinan proved to be far more capable than we envisaged.