Rockstar deals another round of Grand Theft Auto V screens

On Monday, Rockstar gave us a trio of screenshots from Grand Theft Auto V, and teased that more were coming later on in the week. That time has apparently arrived, as Rockstar has treated us to yet another group of screenshots. Whereas Monday’s screenshots gave us a look at the various modes of transportation found in the game (including a fighter jet!), this new set offers a glimpse at some of the leisure activities you can (presumably) partake in.

Just like the images from Monday, these ones don’t give too much away. One of them shows a pair of chaps riding dirtbikes through a mountain path. Another screenshot shows a pair of people playing tennis at an estate we could never hope to own. The third one is the most telling, as it confirms that parachuting will be making a return in GTA V. That’s something to get excited about, right? 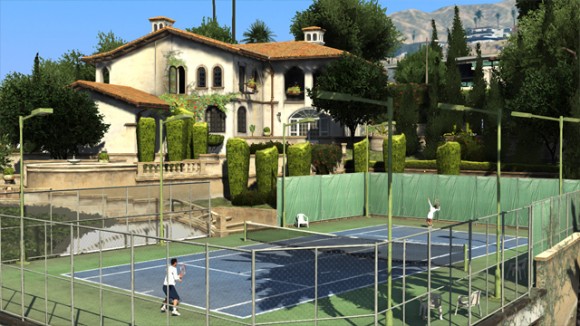 Truthfully, the entire game is something to get excited about, and Rockstar is doing a masterful job with marketing. The blog post revealing these images, for instance, comes without any accompanying text, and the post is simply titled “Leisure.” Looking at the comments section, it appears that Rockstar’s marketing strategy is working, as many fans have burning questions that the studio probably isn’t going to answer. 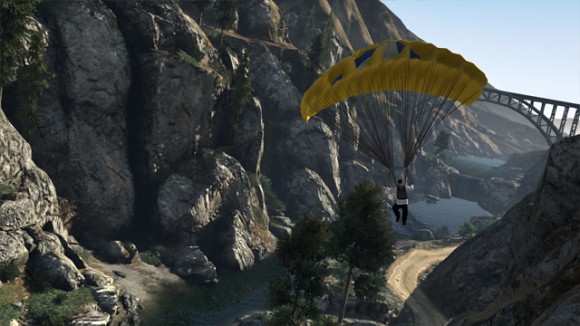 It looks like we’ll be getting even more screenshots before the week is out too – taking a look at Grand Theft Auto V‘s official website, we can see that there are three screenshots that haven’t been revealed yet. We imagine this next trio of screenshots will be released in a similar fashion to the others, and if we were to hazard a guess, we’d say they’re coming on Friday. Whenever Rockstar unleashes these remaining screenshots, we’ll have them for you right here at SlashGear, so stay tuned.