A little over a year after the first robot insect swarm was introduced by Harvard University’s Robert Wood, the bee problem in the United States hasn’t gotten any better. It’s not a problem of too many bees – on the contrary. Researchers are looking into ways to create artificial bees because of incredible losses of bees – and we need bees to pollinate the food we eat.

Before we get too deep into the robot bees bit, you’ll want to take a peek at this quick special on “Colony Collapse Disorder”, or CCD. Bees are dying in record numbers, and we’re on the edge of bee colony collapse – not only in the United States, but across the whole world.

The special above comes from Earth Focus, broadcast for the first time several years ago. Since then, the problem has gotten worse. It’s gotten so bad, in fact, that the White House has released a memorandum assigning a task-force to investigate and potentially bring on a fix. 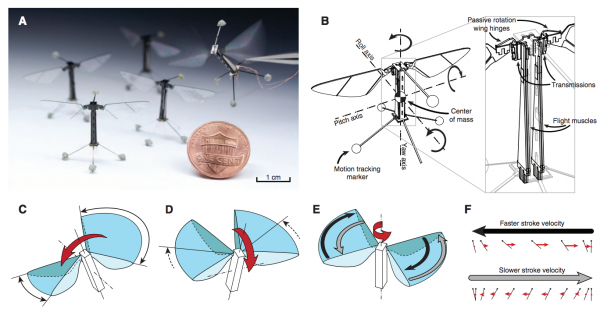 The team at Business Insider have had a chat this past week with a team member of the Harvard crew working on “RoboBees.” Since research on a robotic bee colony first began all the way back in 2009 and the first robotic insect took flight a year ago, Harvard’s Kevin Ma suggests they’ve been working hard on “continuing on a path to getting the robot to be completely autonomous.”

In addition to the smaller bug which has been shown already, the team “have been building a larger version of the robot so that it can can carry the battery, electronic centers, and all the other things necessary for autonomous flight.”

“They would be able to perform the same task of going from flower to flower picking up and putting down pollen.” Kevin Ma continued, “They wouldn’t have to collect nectar like real bees. They would just be transmitting pollen.”

Also note – there’s a Robot Bees “cautionary tale” out in the wild by the name of “New Bees.” Greenpeace and Polynoid have created this video to point out the two ways we might go from here – save the bees we have left, or put all of our efforts into creating a robot bee population.

Which is it going to be? 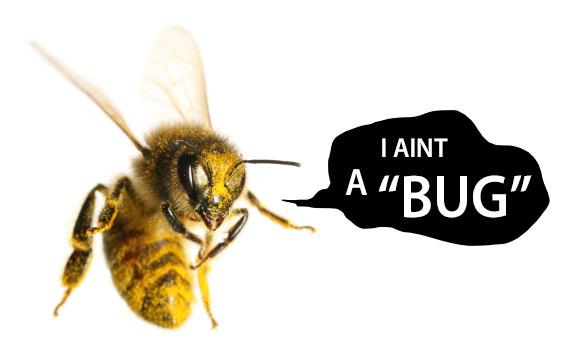 NOTE: A “true” bug is part of the order called Hemiptera. This is a created without teeth, with a stylet (straw mouth), and with tough forewings. A true insect, on the other hand, come from the class Insecta. A bee is in insect, being part of the of the crew with three body parts, two pairs of wings, and three pairs of legs.