Supposing you’ve had several fingers chopped off in the recent past and you understand how to operate a scissors, Robohand may well have a solution for you. The company began with a fellow by the name of Richard van As, a fellow who lost his fingers in a carpentry accident in 2011. Searching for the past several years for a solution to his problem, as a good carpenter never gives up, he discovered a future partner with whom he’d eventually found Robohand.

The man Richard found was Ivan Owen, a mechanical effects artist living and working in Washington State, USA. With Ivan’s hand project, Richard had found, a solution far cheaper and simpler to implement than any other hand replacement he’d come across.

The company Robohand was launched in 2012, and since suggests that they’ve helped over 200 people with need for limbs. After creating each new limb, they place the plans in the public domain, making them open source for all to use. Robohand makes their mark on the world by creating affordable mechanical prosthetics with just-as-affordable 3D printers.

Above you’ll see a recount of Richard’s story as told by MakerBot. The MakerBot company is one of many that make affordable 3D printers for use by the public. 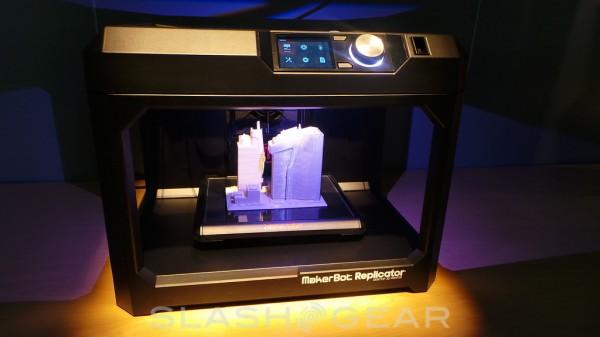 Probably the most inspiring bit of this whole setup is Richard’s wish to make these hands “functional as a tradesman”. This means bendable fingers or at least moveable pieces allowing the user to continue functioning with said hands. Without this project, Richard would have had to give up being a carpenter altogether.

Have a peek at the timeline below of additional 3D printing articles and stories. This is but one of a collection of inspirational pieces on how 3D printing is changing the world we live in – giving power to those that would normally have to rely on major companies or otherwise go without.