RoboBrain: a cloud-based hivemind for robots

Robots, each an individual entity, could one day all operate under the same cloud-based hivemind. Such is the goal of RoboBrain, a single online network that aggregates data from thousands of sources into something any robot can tap into. While still in development, RoboBrain aims to provide robots not only with vast amounts of data, but also systems that can be merged together to give the robot a more complex understanding of the world around it.

RoboBrain could essentially work as a common language for robots, and provide a platform upon which researchers can base the development of different algorithms and data for use in robotics. The mass of information would form the basis for robotic perception — a robot, using the different systems of data, would not only perceive an object, for example, but also come to understand the relationship between it and other objects, how it can be interacted with, and more. The example below demonstrates this. 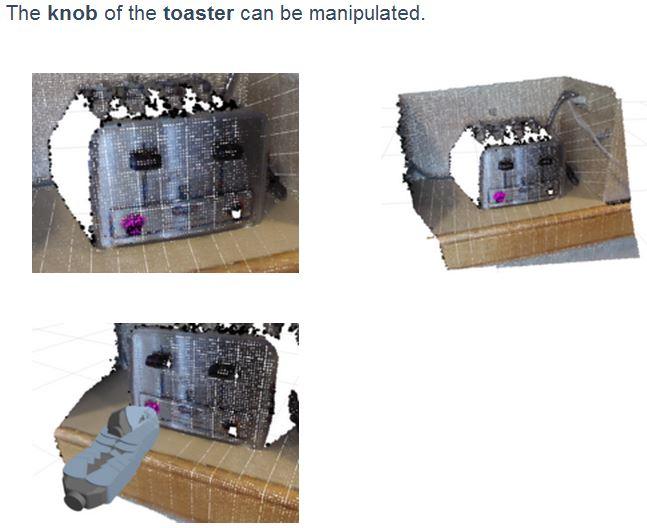 Roboticist Ashutosh Saxena and his team received funding from Google, Microsoft, Qualcomm, and more for RoboBrain. Many researchers from multiple universities are working on the project, but any roboticist can use the platform for free. Every time a robot is tapped into the network, its own knowledge is imparted to help expand the hivemind’s overall intelligence.

RoboBrain still has a long way to go, but the promise is a big one — rather than starting from scratch to make new software, robots can be connected to a “brain” that already holds vast amounts of information, continually growing as robots learn and share their data. Thus far, RoboBrain is being used on a small number of robots, and the results are said to be “good”.