Rivian servicing strategy proves the power of the connected car

Rivian plans to use predictive maintenance and home servicing for its upcoming electric pickup and SUV, promising an end to waiting for parts and suffering through bad dealership coffee while you wait for repairs. The new servicing commitment comes ahead of deliveries of the Rivian R1T, the automaker’s first EV, which – like others in the pipeline – will be a so-called connected vehicle.

That data connection will allow Rivian to push out OTA (over-the-air) software updates, adding new features and delivering firmware patches to address glitches observed by its owners. However, the automaker also plans to use that to remotely monitor how its EVs are doing, and in the process potentially spot issues before they actually become serious.

“Rivian Remote Care enables us to perform comprehensive diagnostics from afar through our connected vehicle platform,” the company explained today. “Most issues can be identified proactively thanks to our suite of onboard sensors and associated predictive algorithms. We can often notify you before you even sense a problem.” 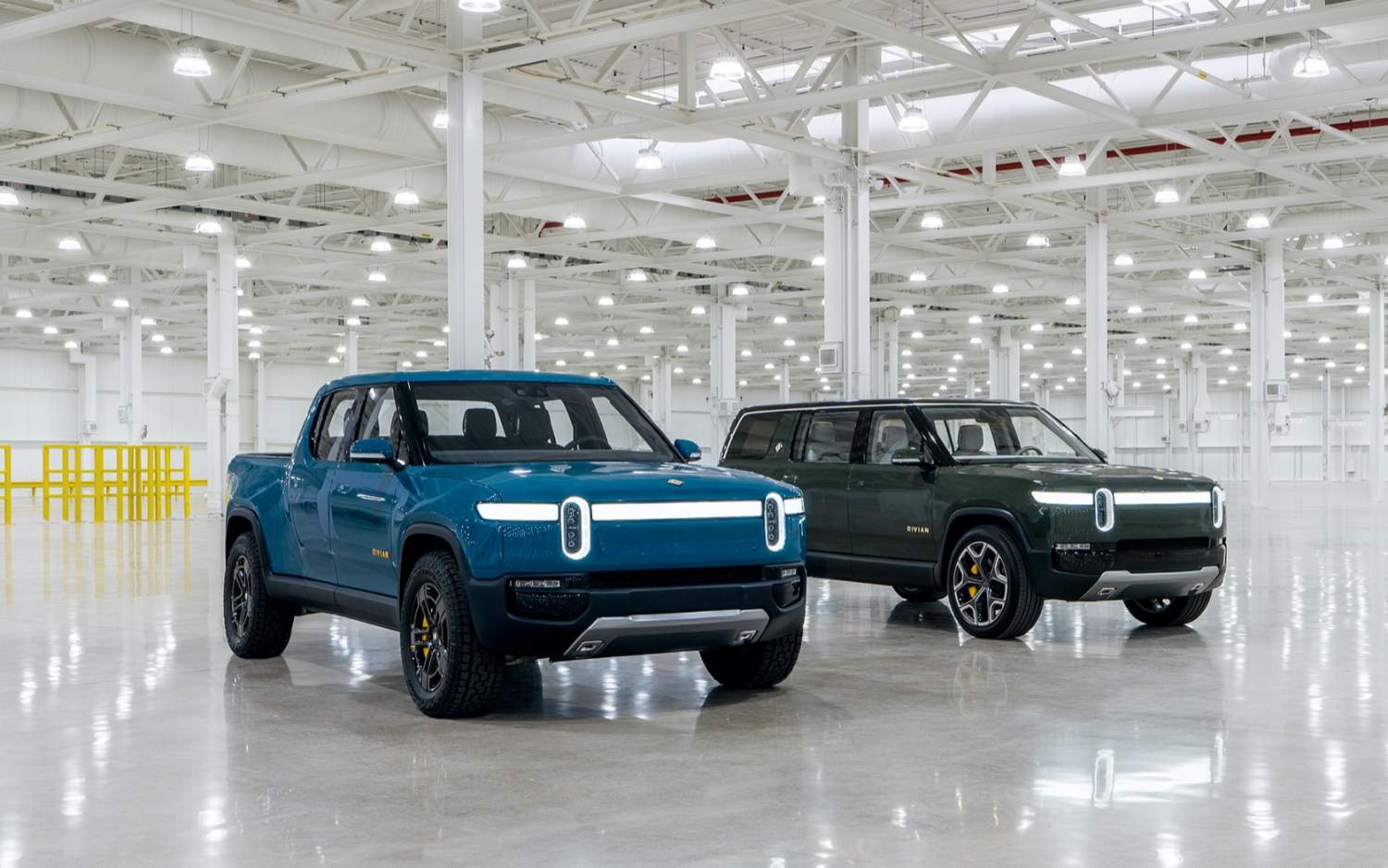 Servicing itself will be done on-location as much as possible, rather than involving Rivian vehicles being brought into a centralized service center. Rivian Remote Care will have mobile service vans that “can perform a majority of vehicle care needs at your home, place of work or wherever your vehicle might be,” the company says. It’ll operate anywhere in the US and Canada, the initial launch markets for the R1T and subsequent R1S SUV, though Rivian plans to expand that as its sales regions for the cars expand.

Another side-benefit to the connectivity of the EVs will be Rivian’s ability to remotely unlock and even start them. That way, the company suggests, technicians will – with permission – be able to work on the vehicles without the owner actually needing to be present. Since the EVs will be able to proactively warn of impending parts issues in some cases, Rivian will be able to preorder the right components so that technicians have them on-hand.

It’s all a strategy that, in part at least, has been attempted by other automakers. Tesla, in particular, has made increasing use of mobile technicians, bringing servicing to customers rather than the other way around. The automaker is also believed to be using some degree of predictive maintenance, allowing EVs to report in when they might need a new component. As Elon Musk’s company has found, though, there are always going to be times when a vehicle has to be brought in for more complex work, electric-powered or otherwise. 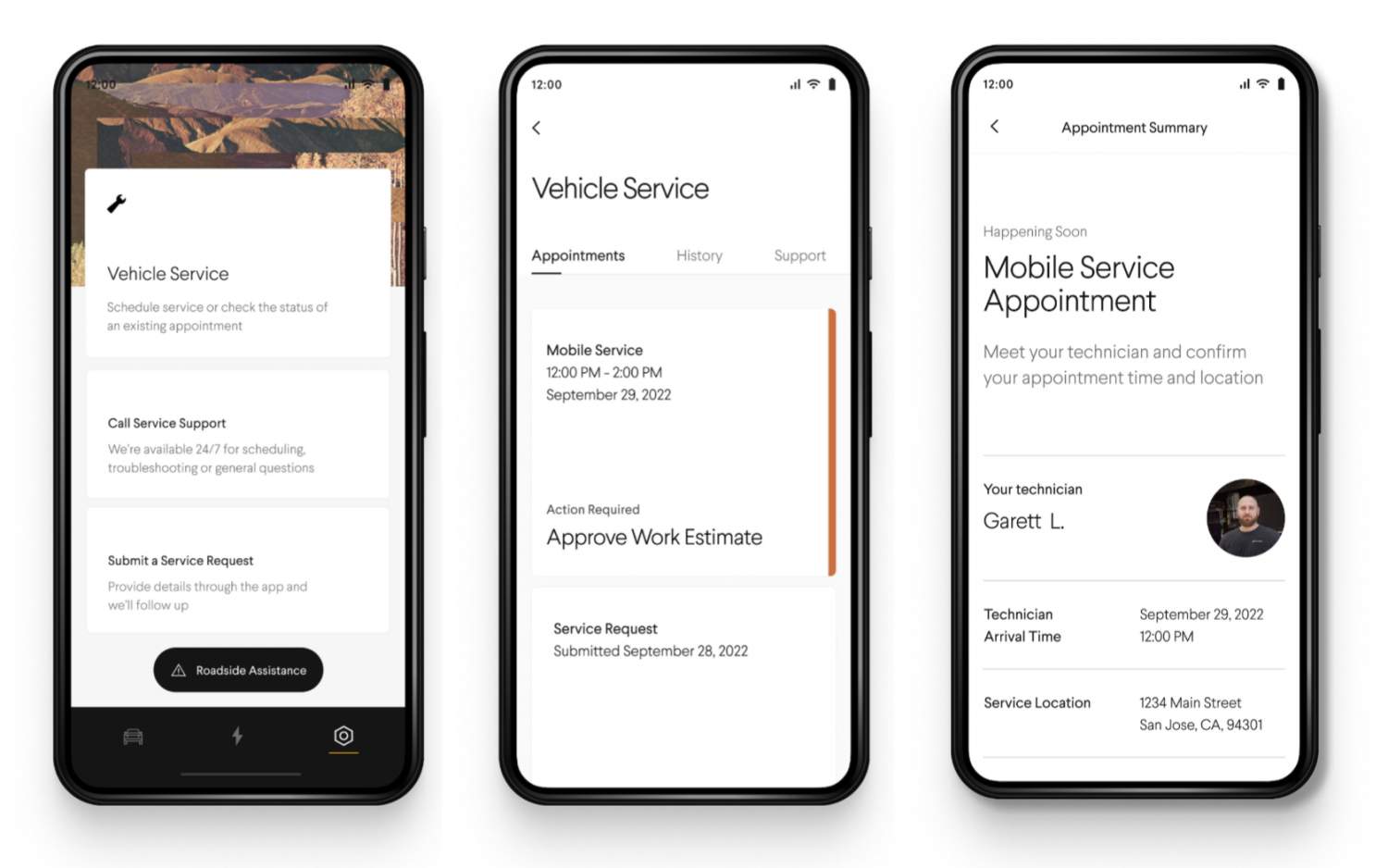 Rivian says it will have more than 40 service centers in the US and Canada by the end of this year, with more to come after that. There’ll also be Rivian-owned and Rivian-certified collision centers, responsible for handling the sort of bodywork and exterior damage that typically makes up a large proportion of servicing requests.

Whatever the location, or the issue, it’ll be handled via the Rivian app. That will allow notifications of potential problems the EV has reported, or owner reports, including diagnostics and scheduling. Rivian also plans to give each owner a dedicated team member to act as a first point of contact, helping guide them through what might be ownership of their first EV. That’ll include accessing the Rivian Adventure Network, a series of exclusive EV chargers that the automaker plans to build out in the coming years.