Rivian’s all-electric pickup truck may promise zero-emissions and futuristic styling, but the R1T still has to deliver on practicality. That’s just what the Amazon- and Ford-backed startup is talking about today, dropping fresh details on the EV truck just in case you’ve been wondering quite how much extra flexibility that new electric “skateboard” platform unlocks.

It’s something Rivian has been talking about from the get-go, as it sets out its pitch for why electric actually makes more sense than gas or diesel for a work vehicle. One big example of that is the pickup-spanning cargo area just behind the cab but ahead of the rear axle. 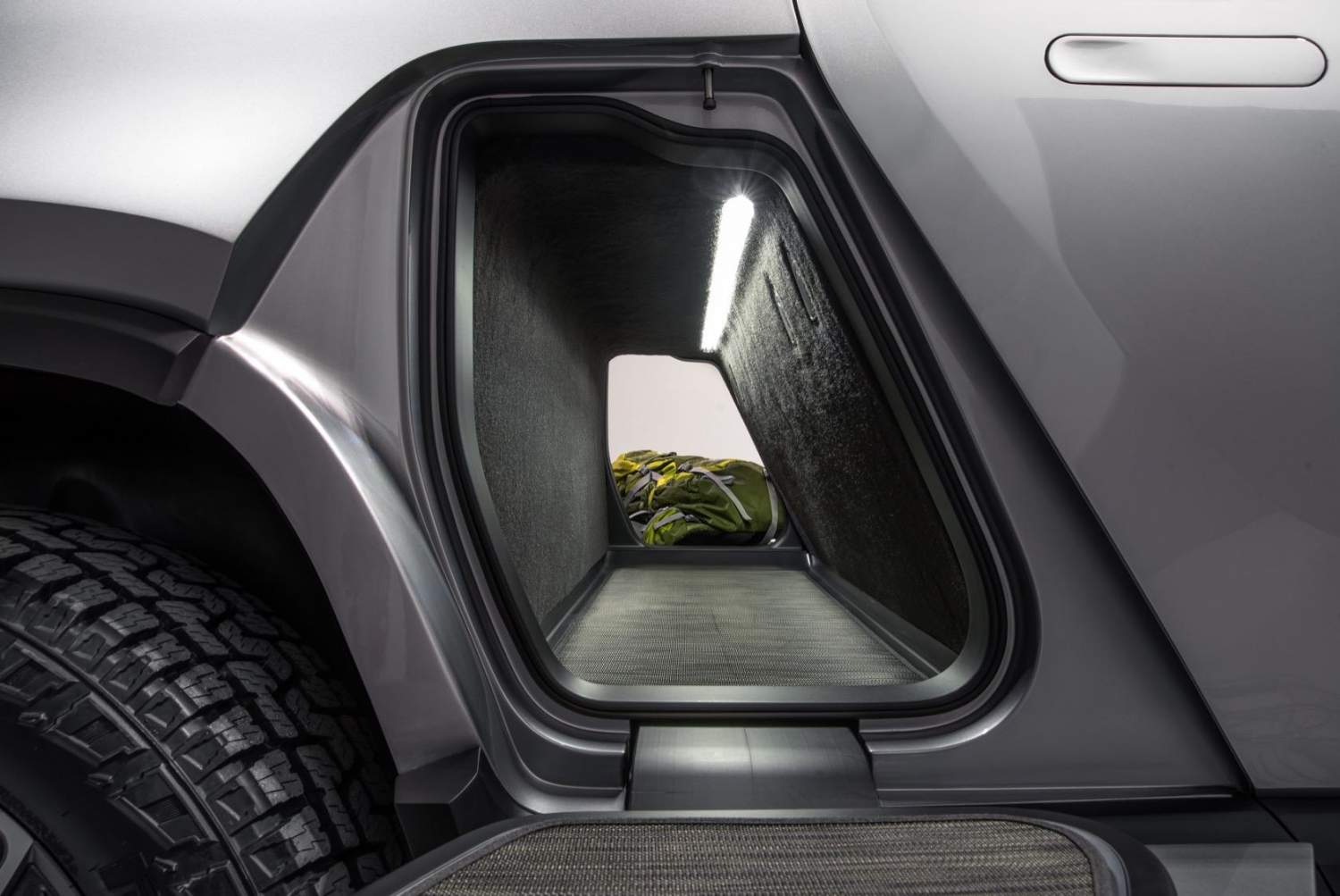 In a traditional truck, that’s usually where the gas tank lives. In the R1T, though, it’s a convenient cubby, accessed with doors on either side of the EV and large enough to fit things like surfboards or golf bags. However, today we’re finding out more granular details from Rivian that could be even more important.

That “Gear Tunnel,” as Rivian refers to the cubby, is actually 65-inches long, 18.1-inches wide, and 20.3-inches high, and fully watertight; it has both 110V and 12V outlets and LED lights, and the floor liner inside is designed to be easy to clean, too. Meanwhile the 11 cu-ft front trunk is individually lockable, and Rivian says it’ll hold two full-sized coolers. Underneath its floor, meanwhile, is a secondary storage compartment.

You can power-open it or close it via a button in the cabin, on the key fob, through the Rivian app, or with a button under the front lightbar. A cargo net is inside, plus a light, and a 12V outlet. 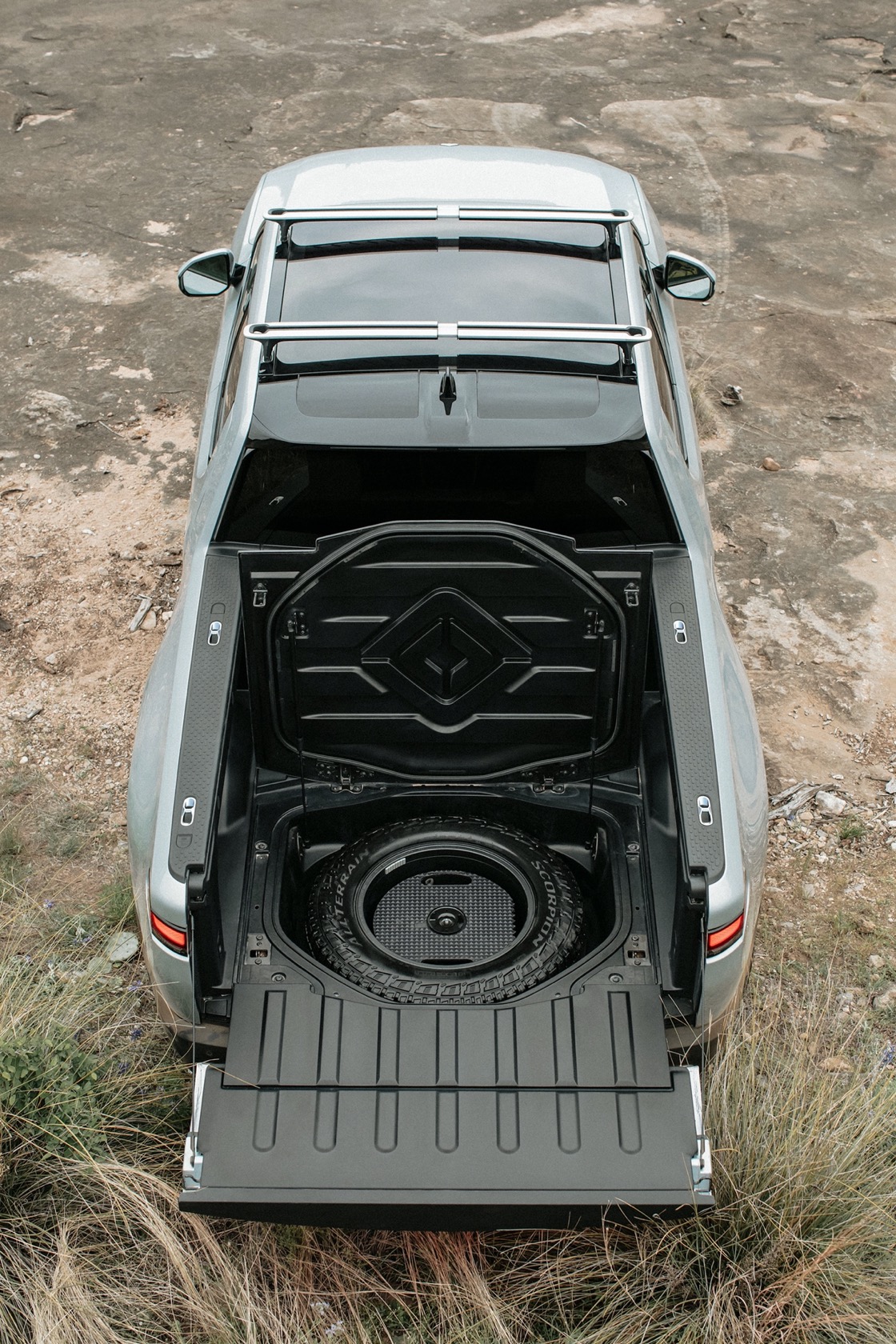 There’s another of those at the rear, where a lockable storage space under the pickup’s bed can accommodate a full-sized spare wheel and also has a drain plug. The bed itself is made from what Rivian describes as a compression-molded structural composite, leaving the whole 54-inch long bed more resilient to wear and corrosion without needing a third-party treatment. Drop the tailgate, meanwhile – which is power-operated and can be controlled form the app, key fob, inside the cabin, or via a button on the bed rail – and the bed extends to 83.6-inches, with a load-bearing panel to fill in the gap.

Forged steel tie-downs are installed in each corner of the bed, and there are four more of them on the rails. The latter double as mounting points for Rivian’s Cargo Crossbars system. There’s more than 50-inches of space between the wheel arches, plus two 15 amp, 110V outlets.

When it comes to covering the bed, there owners will have two options. One is manual, and the other is powered; either way, they’re lockable and leave the space waterproof. 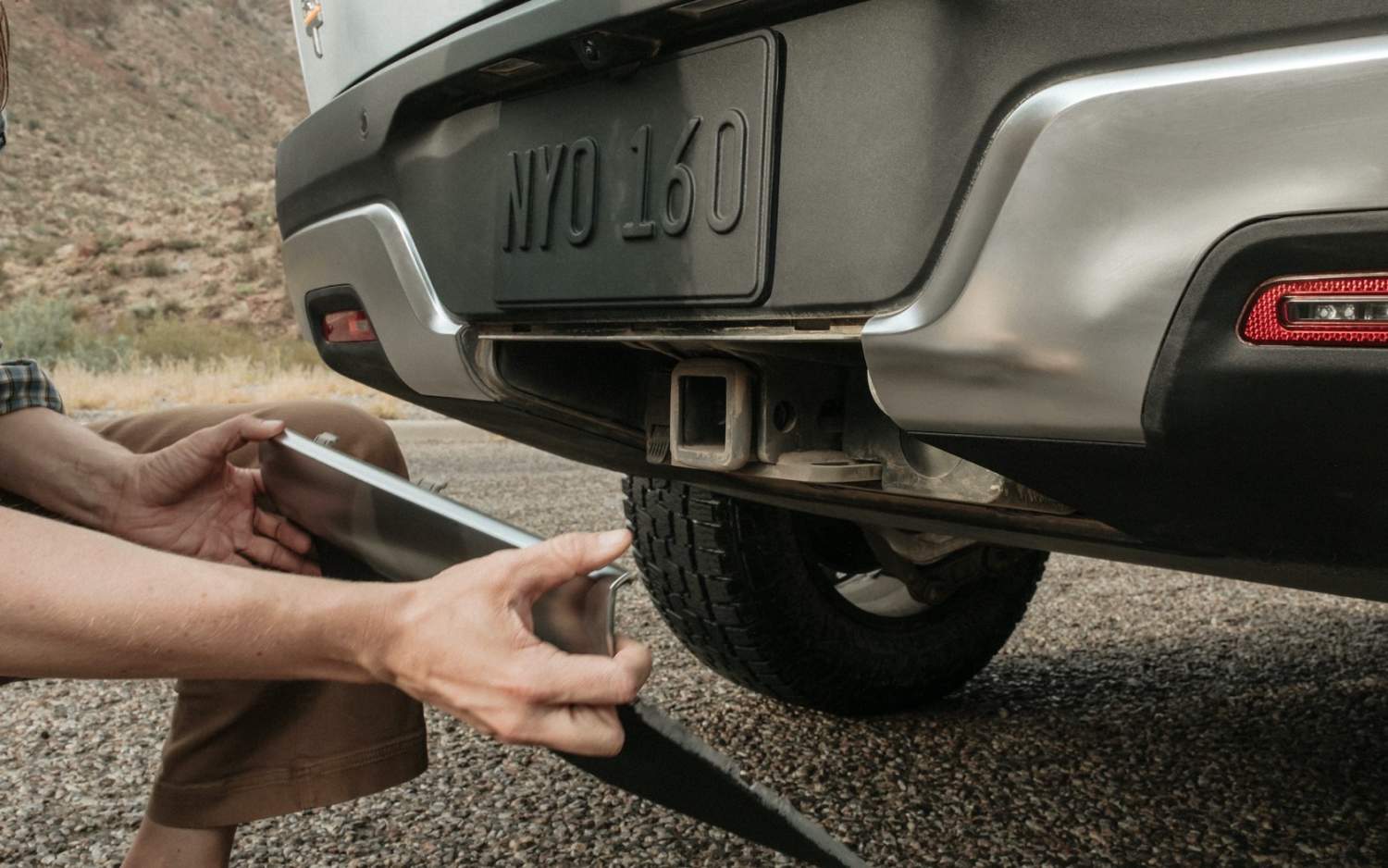 If that’s not enough, there’s also a hidden trailer hitch. Rivian normally covers that up on the R1T, so as to aid with aerodynamics, but pop it off and there’s support for a 2-inch Class V receiver. It’s rated for 1,155 pounds of tongue weight, the automaker said today, while the R1T is rated to tow up to 11,000 pounds.

They’re impressive numbers for a pickup that isn’t, actually, as big as the typical gas-powered full-size truck. Rivian says it intentionally opted for dimensions that fell between that and a mid-size truck, relying on some of the packaging advantages of electrification – like reducing drivetrain intrusion into the cabin – to make sure it could still accommodate five adults and cargo without being unwieldy in more urban driving environments.

At 217.1-inches long and 81.8-inches wide with the side mirrors folded, it’s markedly shorter but a little wider than a Ford F-150 SuperCrew with the 5.5 foot bed. That comes in at over 231-inches in length. Ground clearance for the R1T with the 20-inch All-Terrain wheels, meanwhile, is 9.7-inches in sport mode, or 14.9-inches in off-road road using the air suspension to raise the truck. 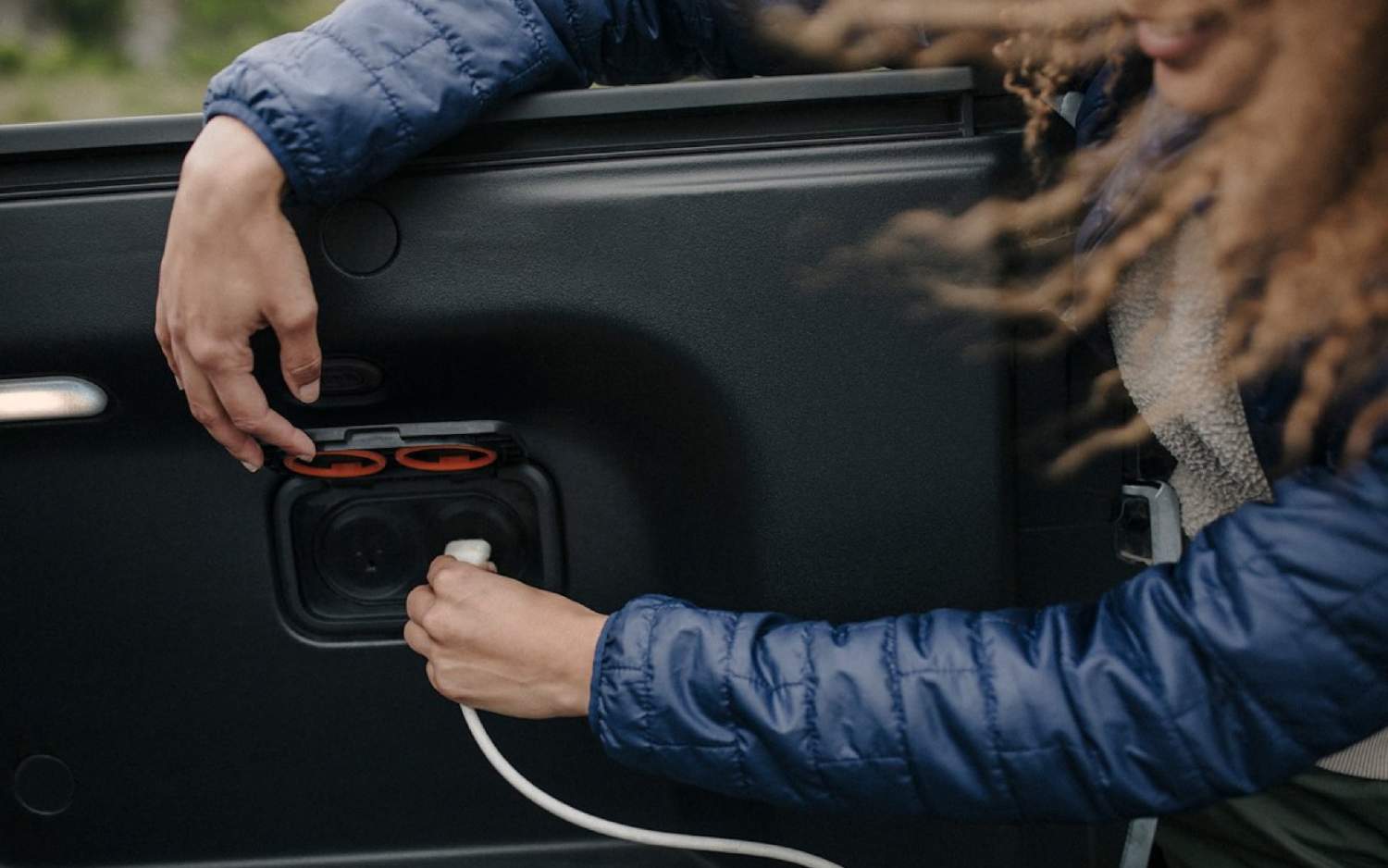 It may be the added-extras which help put smiles on R1T owners faces, however. There’s a built-in in-bed air compressor, for example, that can pump up to 150 psi. The door hatches for the Gear Tunnel have small integrated storage compartments themselves, and the manual bed cover is designed to be split into four panels that fit into the Gear Tunnel when you don’t need them.

Sales of the Rivian R1T are already underway, and the automaker says it’ll begin test drives – for preorder holders – this summer. Expect more details on when, and where, in the coming weeks.