The Ring smart doorbell and security system group revealed a number of updates to software this morning. They’re pushing new Smart Alerts, updates to their app experience, and a new Timeline. There’s a new way to work with Camera Previews straight from the Ring app, too.

The new Ring Smart Alerts system works with “cloud-based video analysis” to send alerts to Ring Protect Plan members. But not just any alerts – and certainly not every alert. This system sifts through all the potential alerts that COULD be sent to the end user and decides which are relevant and worth sending.

With the new Smart Alerts system, Ring suggests that battery-powered Ring devices “will have a longer battery life by up to three times and more advanced motion detection features to reduce the number of false alerts.” These new Smart Alerts features are as follows.

Motion Verification works to rule out false alerts, while Motion Stop stops recording if the motion is “deemed unimportant.” Person Detection allows the system to identify the type of object that’s moving, and can ignore certain objects – like tree branches and squirrels. Motion Zones allow small sections of the full viewing area to be part of their motion detection alert system. 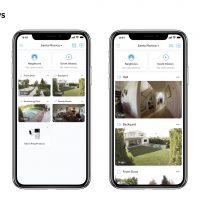 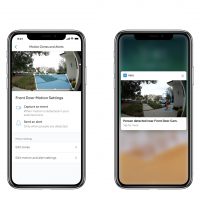 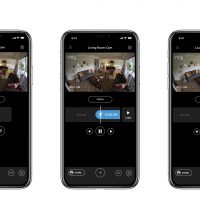 Smart Alerts are coming to all Ring users with the Ring Protect Plan in 2019, while Timeline and Camera Previews are coming sooner.

Timeline will begin rolling out in November. Timeline allows the user to scroll through their event history, complete with a color-coded system with which to distinguish different sorts of events. Users can zoom in and out and view at will.

Camera Previews are apparently out now – you’ll just have to head to the “New Feature” menu in the Ring app. Camera Previews allow the user to view all their devices in one view. These are preview images, so they’re not all updating with the same frame rate as the Live View, but should anything interesting seem to appear, one tap brings up Live View for any camera.

Ring suggested today that they’re bringing 24/7 Recording “for an additional fee” for Ring Protect Plan subscribers. Also coming is a Bulk Download system for Ring Protect Plan subscribers, as well as timestamps for shared Ring recordings. Audible Announcements and Live Camera Previews will be released in the Ring app in 2019 – as well as the rest of the upcoming updates in this paragraph.