The 2nd gen Ring Alarm has been revealed, with less intrusive wireless sensors and the option of professional monitoring for extra security. Successor to the original Ring Alarm, the new system sticks with the do-it-yourself approach but promises to be both easier to install and use.

As before, professional monitoring is optional. If you want, you can pick up the basic Ring Alarm 2nd Gen 5-piece kit for $199, install all the components yourself, and monitor it from the app alone.

However, Ring-owner Amazon also offers 24/7 professional monitoring. That’s priced at $10 per month, which also includes cellular backup should your home WiFi go down. 60 days of unlimited video recording and photo capture for any Ring cameras or video doorbells is included, too. 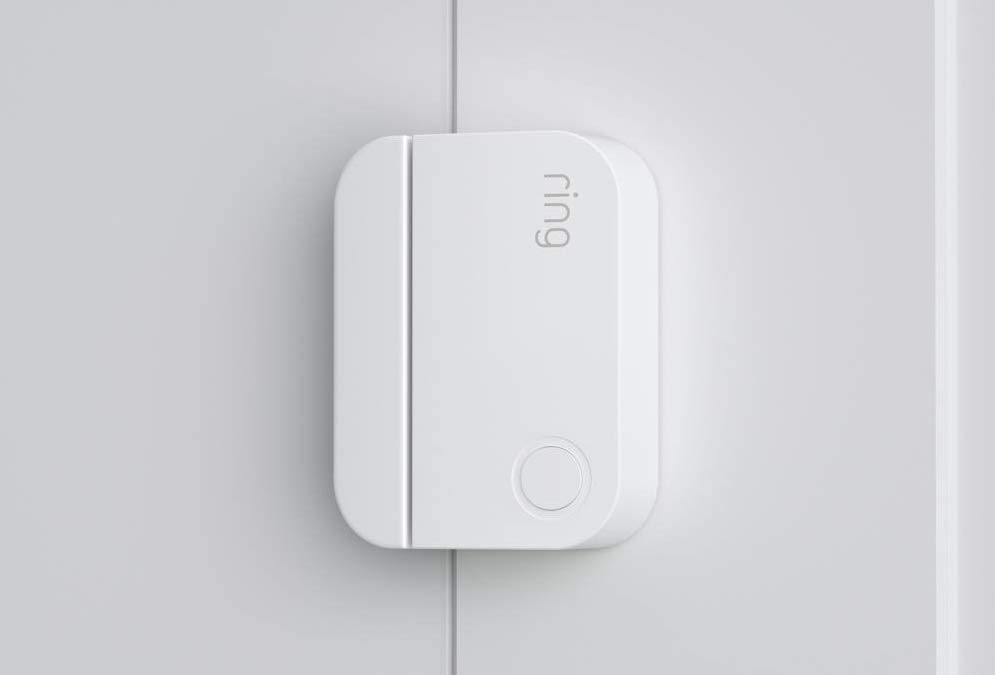 Amazon’s listing for the new system, spotted by Dave Zatz, warns that the second-generation Ring Alarm won’t actually be available to ship until April 29. However it does detail what we have to expect, and those left frustrated by the original version – which launched back in mid-2018 – may well find this one addresses some of those concerns.

The Ring Base Station is designed to optionally wall-mount, and contains a rechargeable backup battery that Ring says is good for 24 hours. It has ethernet, WiFi, Z-Wave, Zigbee, and Bluetooth connections, as well as a cellular modem that’s enabled if you have a Ring Protect Plus subscription. It’ll work with a variety of third-party connected security devices, like Kwikset, Schlage, and Yale smart locks. 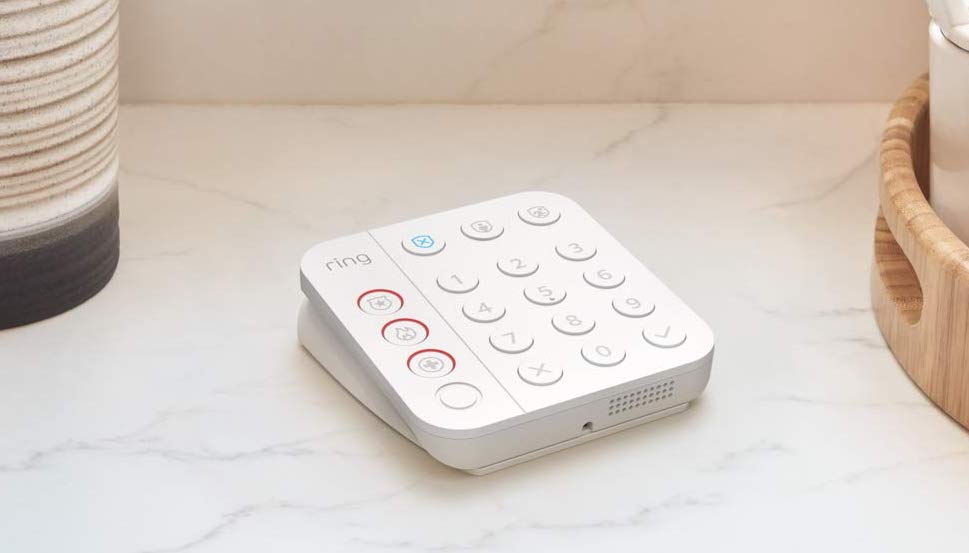 The Base Station works with the newly-redesigned Ring Keypad. Again, it’s designed to optionally wall mount, and uses a rechargeable battery. Ring has added shortcut buttons for emergencies like fire or medical, and there are simple keys to switch between disarmed, home, and away modes. A Range Extender again has a 24-hour backup battery, and is designed to plug straight into an outlet for everyday use. It uses Z-Wave to connect to the Base Station, up to 250 feet away, and extends the Ring network a further 250 feet.

That’s useful if you have a larger house, and want to fill it with the redesigned 2nd Gen Ring sensors. These – including a Contact Sensor and Motion Detector – have 250 feet of range and are now smaller and easier to mount. There’s also Amazon Alexa integration for voice control. 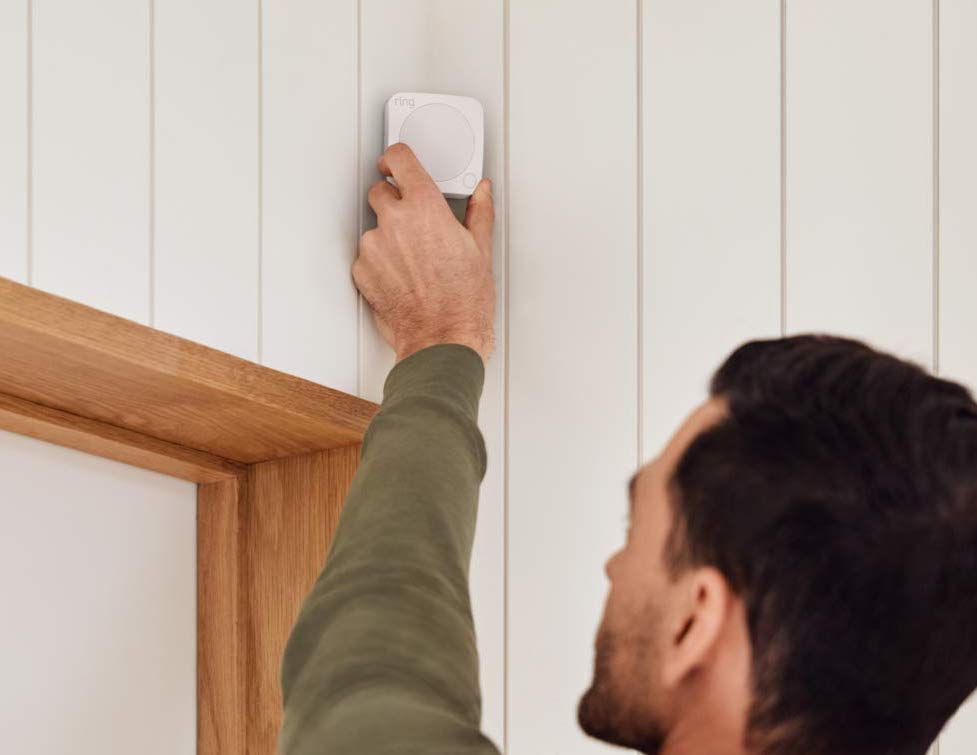 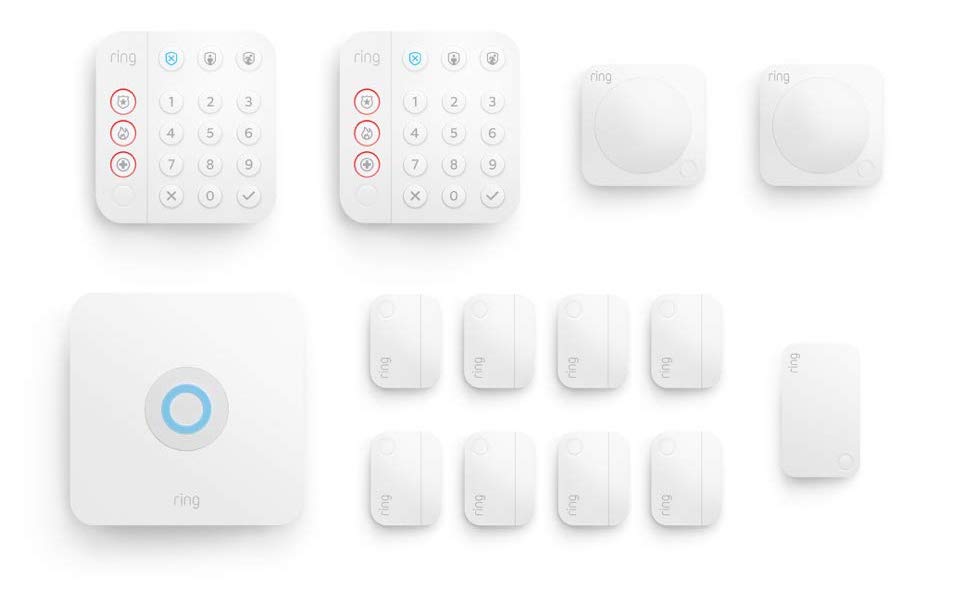 Finally, there’s a $299.99 Ring Alarm 2nd Gen Camera Kit. That basically pairs the 8-piece kit with a Ring Indoor Cam. For the moment, Amazon is bundling that with a free Echo Show 5, too.