Lenovo has found favor among business users with its ThinkPad X1 Carbon laptops, the latest of which has finally arrived. In many ways the 2015 iteration of the X1 Carbon is the same as the previous generation, bringing with it refinements that improve the overall product rather than any substantial changes to the design itself. It’s still the same business-chic ultrabook light enough tote around while traveling but powerful enough to meet demanding needs; it is, however, a little more useable than the last version, the reasons for which we’ve detailed in this full review.

The Lenovo ThinkPad X1 Carbon is an ultrabook designed for business users who need a mixture of form and functionality — something that isn’t going to strain the shoulder during long trips, but that is likewise able to handle more than Web browsing and document editing. As such, the machine has the same tapered edge we saw in the last generation, as well as the same near-black color and chunky ThinkPad keyboard. The improvements are immediately noticeable, though, and show that Lenovo has been paying attention to its customers. 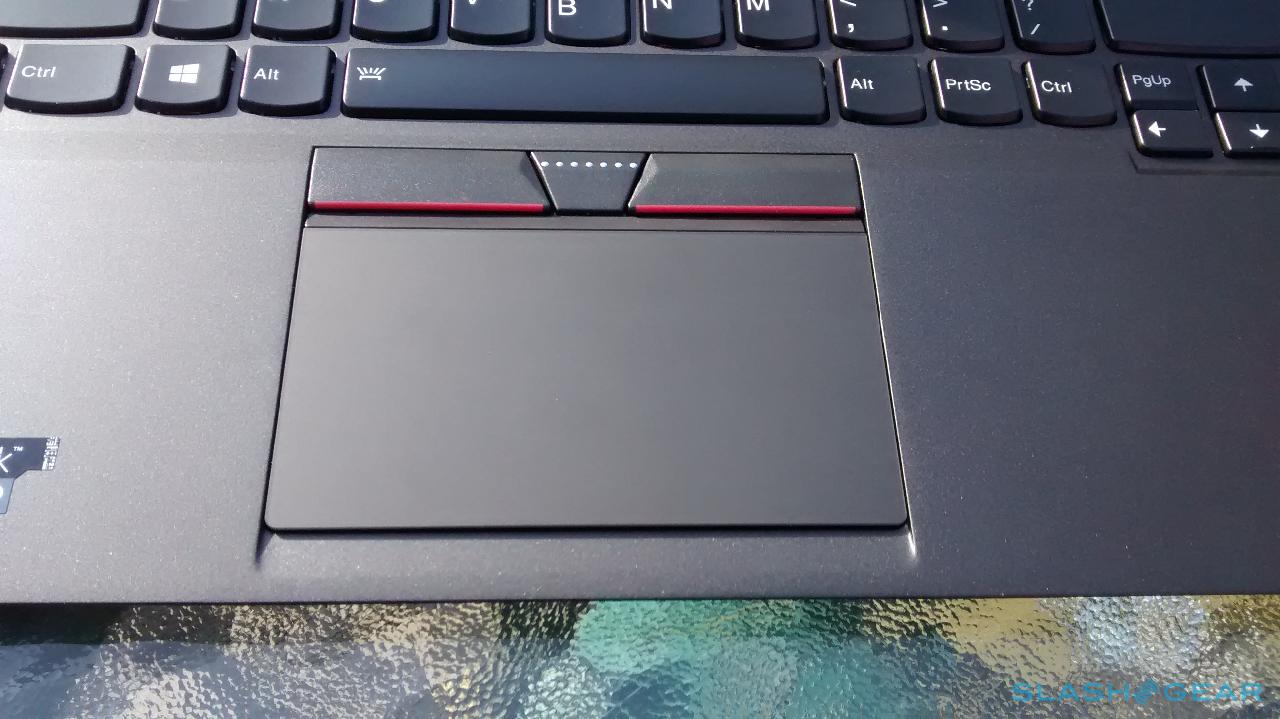 The buttonless design of the previous generation’s trackpad has been dropped in favor of the one you see below, giving users not only the trackpoint in the keyboard, but also some physical buttons on the trackpad itself. Though it may not be as attractive as a smooth-with-no-buttons trackpad, it is easier to use and when there’s work to be done, it is ultimately functionality that wins over form. 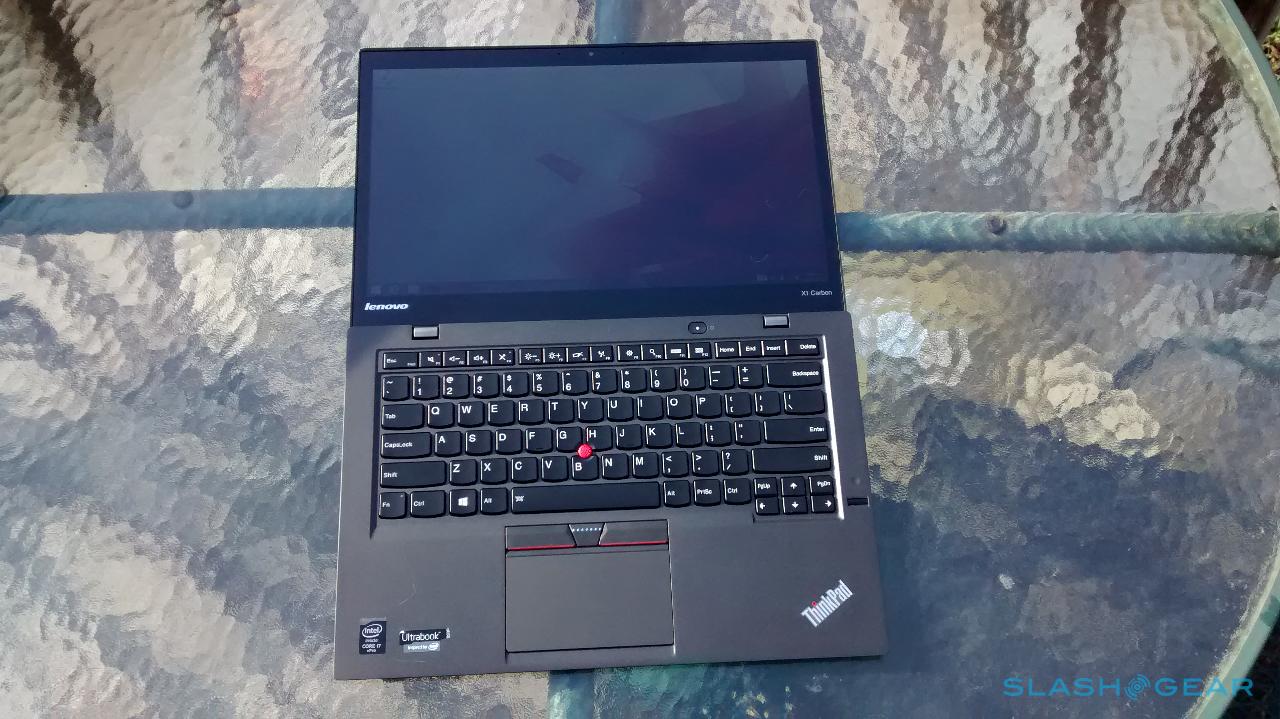 Another immediately noticeable change over the previous generation is the lack of that glass strip where the function keys sit — that, while stylish, was the cause of complaints from users who would accidentally activate some feature or change a setting when their finger glanced over the glass. The inclusion of physical buttons where the glass strip used to be is a welcomed change, then, again lending favor to functionality over a pretty facade. 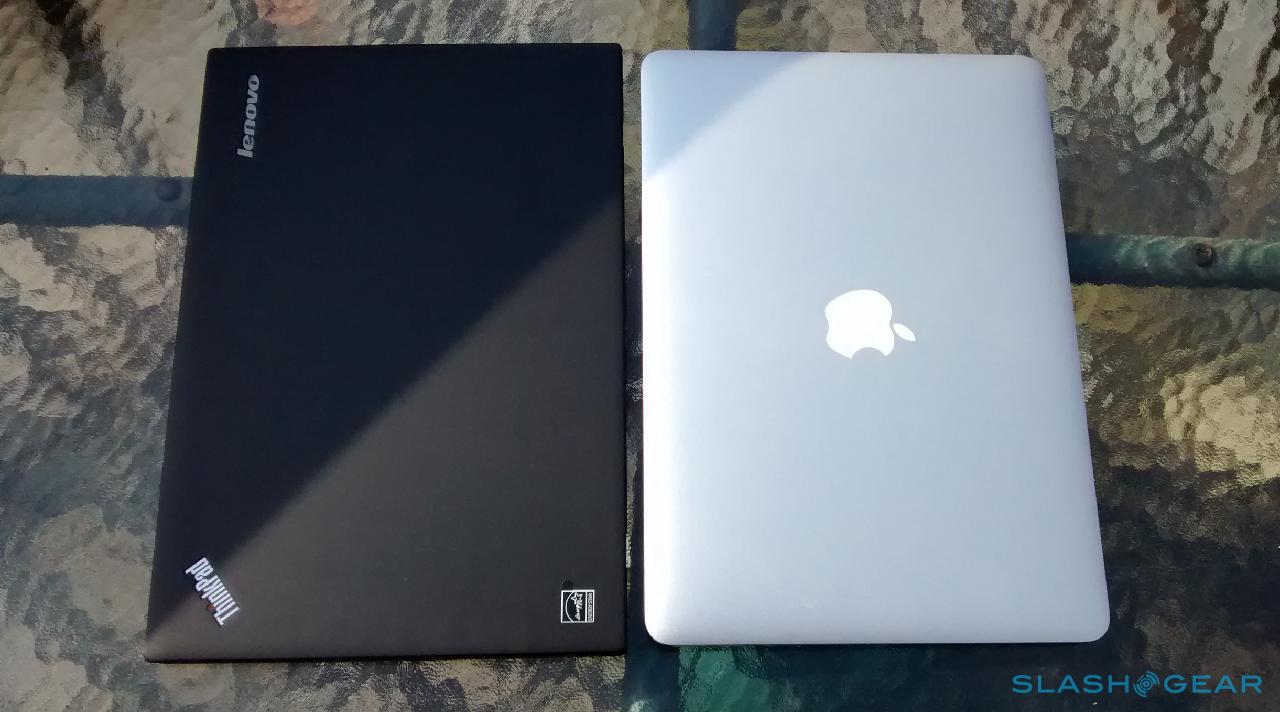 As far as design goes, however, those are the only two big changes. The laptop as a whole feels largely similar to the last offering, and so it is likely more prudent to compare its design to one of its bigger competitors rather than its past self: the MacBook Air. Both are svelte ultrabooks with a tapered body and slim profile, and while they both have their own perks as far as performance and software goes, the form factor, at first glance, is very similar.

Both laptops are nearly the same size when closed, with the ThinkPad X1 Carbon coming in a smidgen thicker and noticeably heavier. When opened, as you can see below, the display is where the difference lies. While the body of both laptops are nearly the same at their thickest point, the X1 Carbon is a touch thicker in the display. The difference is small enough to be inconsequential to many users, and poses the X1 Carbon as an alternative for those who want a Windows PC. 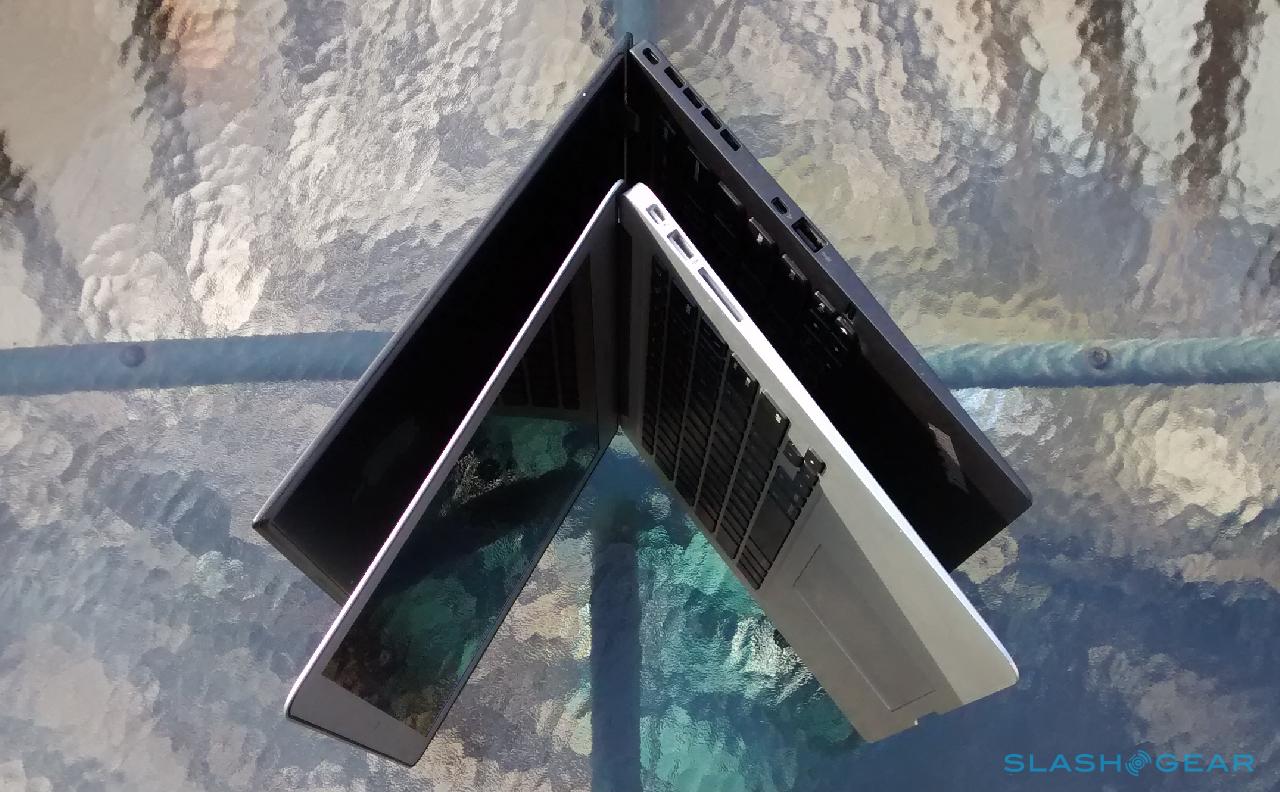 Various hardware configurations are available, and as with the previous version, buyers can get a WQHD+ 2560 x 1440 14-inch touchscreen version of the display, as well as a slightly brighter (300 nit versus 270 nit) non-touchscreen version and a more common Full HD version. Up to an Intel Core i7-5600U 3.20GHz processor is available, as well as Intel HD Graphics 5500, 4GB and 8GB of RAM, and up to a 512GB SSD.

The X1 Carbon 2015 also features a 720p webcam, a digital dual-array microphone that is certified for Microsoft Lync, and a backlit keyboard. Connectivity includes Bluetooth 4.0 and Intel 7256 AC WLAN. Ports, meanwhile, are comprised of Native RJ45, a pair of USB 3.0 ports, a combo audio jack, Mini DisplayPort, HDMI, and a OneLink Dock port. There’s also biometric security for that extra touch of protection. 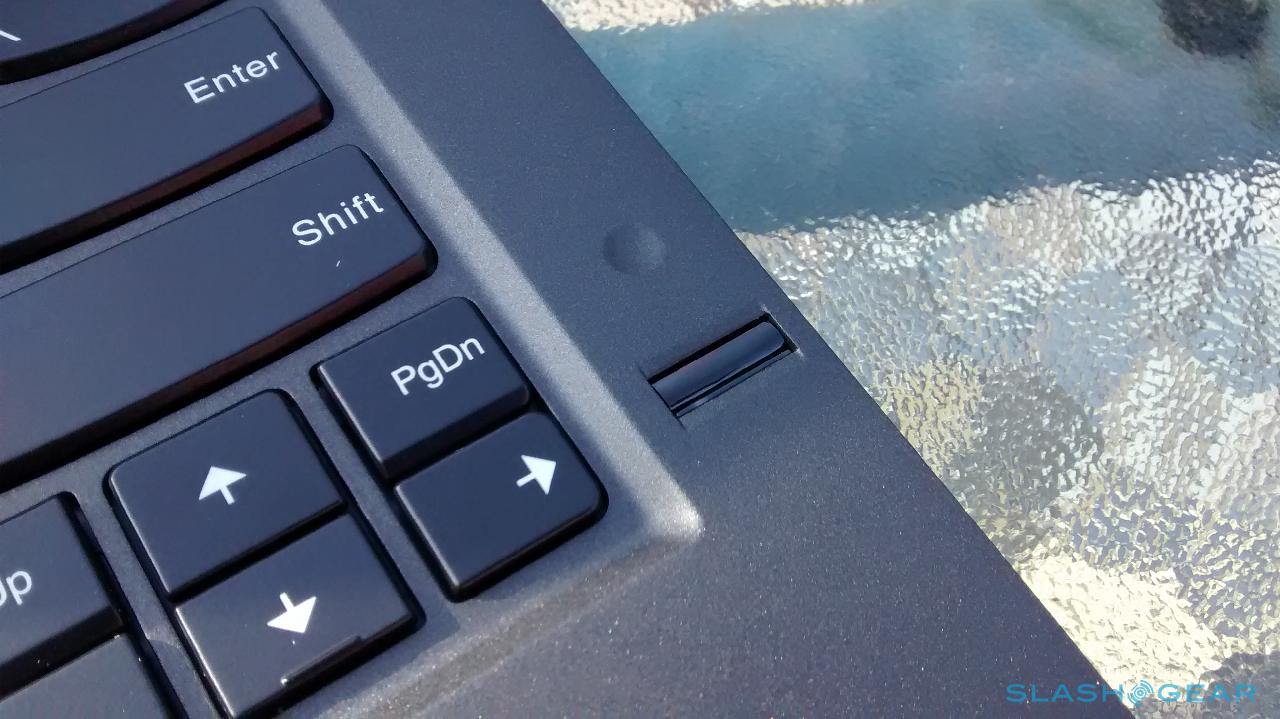 Software is, as Lenovo users have come to expect, the potential point of frustration, though that depends on how you feel about pre-loaded software. The newest X1 Carbon is no exception when it comes to Lenovo’s own apps, and it has included a handful of its DOit applications. There’s SHAREit, for example, for sharing files, and there’s SECUREit, which is, as you’d expect, a security-centric app.

Joining them is SYNCit for syncing, SNAPit for the camera, and SEEit. How you feel about these software apps will largely depend on how useful you find them — the SNAPit app, for example, is considered a better camera app than the default offering by many users. As we’ve said in past reviews, nothing about the software gets in the way of functionality, and so if you don’t like it, you can simple disregard it. 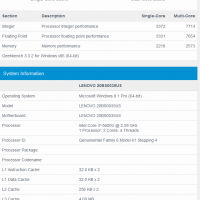 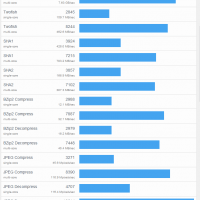 As far as performance goes, that will largely depend on your machine’s configuration, but we ran into no problems during operation, and found it to largely be as reliable as the previous iteration. The battery life is where the laptop shines, with modest usage resulting in about 10 hours of run time on a single charge, give or take a little depending on how bright the display is and what exactly you’re doing on the system.

Unlike some other newer ThinkPads (but as expected from an X1 Carbon), there’s no option for tacking on a second battery to boost the run time, and you’ll have to physically open the laptop if you want to get at its internal battery. Such is life with ultrabooks. Check out the gallery above to see the benchmarks.

If you’re a fan of the second-generation ThinkPad X1 Carbon, you’ll find the newest version to be better in all the right ways while retaining everything there is to love about the business ultrabook. It is still slim and relatively lightweight, and it still has that same comfortable ThinkPad keyboard coupled with a beautiful touchscreen display and excellent battery life.

It doesn’t get in the way during those times you need to forget about it (when it’s in the briefcase, for example), but it steps up to the plate when needed as far as performance is concerned. For these reasons, the 2015 Thinkpad X1 Carbon is an excellent business ultrabook. Price starts at $1,088.10 USD. 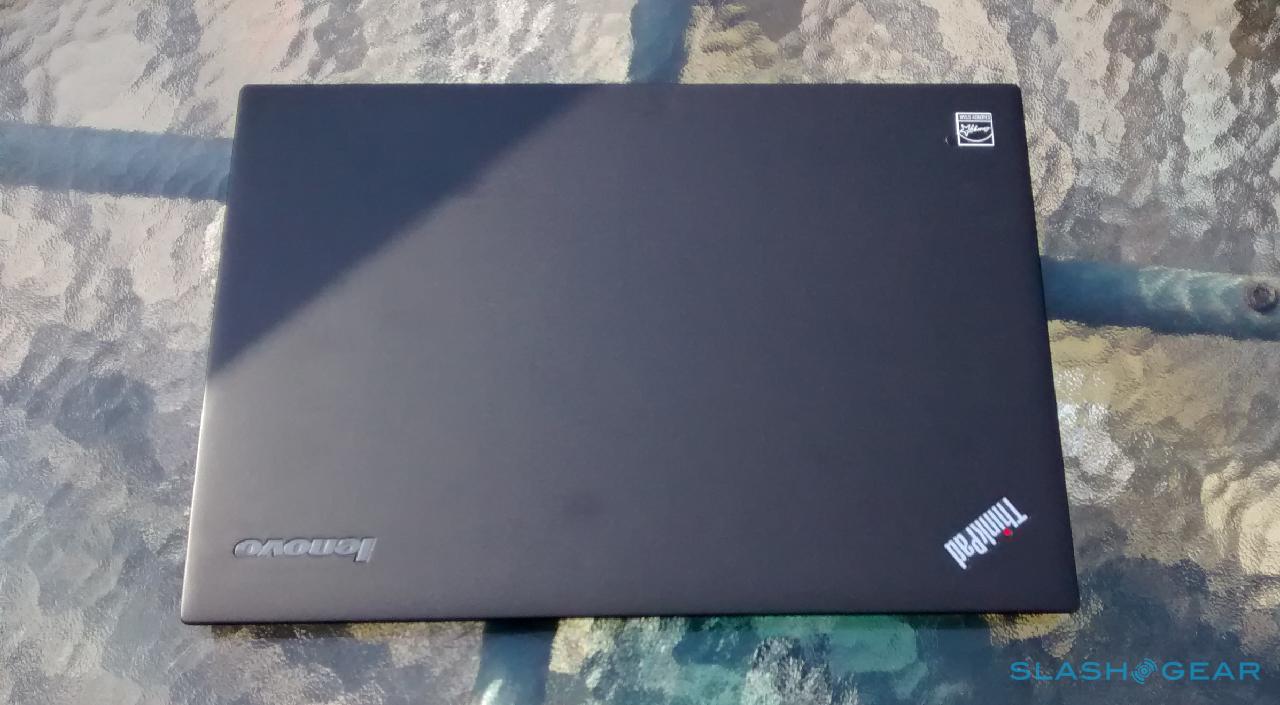 Can’t get enough Lenovo? Check out more reviews below! 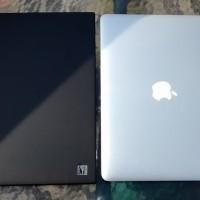 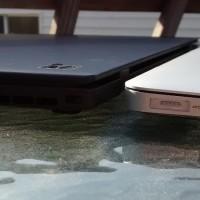 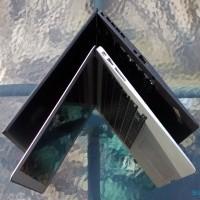 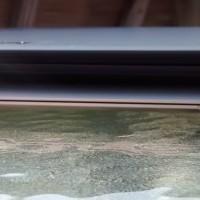 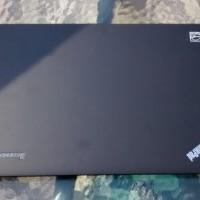 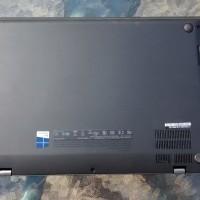 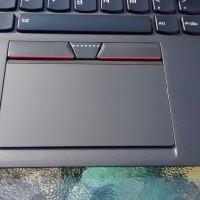 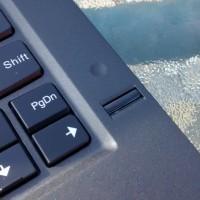 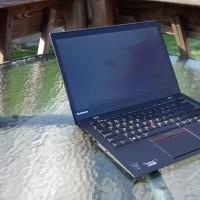 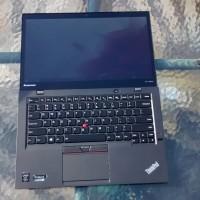