It’s time to head back to the original scare-fest with Resident Evil HD – or whatever they end up calling it. The folks at Capcom responsible for letting the world know that Resident Evil’s 2002 remake is going to come to the future in a variety of release modes have given very little information to the public – but we’ve got what you seek.

While we’ll be jumping in as early as possible with gameplay, today you’ll have a peek at several screens from the PlayStation 3. This version of the game will likely look a whole lot better on the rest of the platforms like PlayStation 4, Xbox One, and PC, but this is the look you’ll be working with for both PS3 and Xbox 360.

NOTE: The original game was released all the way back in 1996. The remake in 2002 will be the basis for this game. 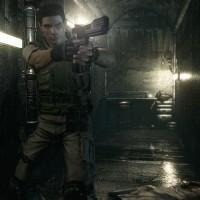 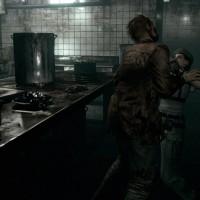 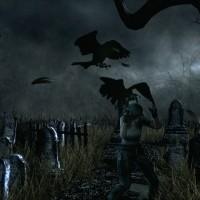 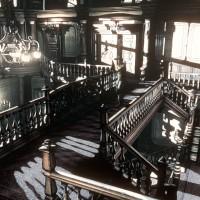 Above you’ll see a number of screenshots – fear should take hold when you realize you’re no longer in the 4:3 aspect ratio. Inside this game you’ll have the option to stay with the original 4:3 ratio as well as using “tank” controls if you wish, or you can move into the future.

Controls and a look has been modified to fit the future for this game, bringing on what the company calls a “scrolling camera.” This is akin to the horror of “pan and scan” in moviemaking, but … sort of… the opposite. You’ll have to wait until gameplay comes to light to see what we mean.

This “scrolling camera” mode works with the new 16:9 aspect ratio mode and comes with modern analog controls. Watch yourself! This game won’t be released until early 2015, and given what Capcom has revealed to us so far, we’ll be seeing cross-release to all platforms at once.