A group of researchers found the world’s oldest piece of string ever strung by a humanoid. This very, very old piece of string was found in a cave in France and described in the journal Scientific Reports. The string was likely constructed and used by Neanderthals at least 41-thousand years ago. This is a very significant piece of old string.

Bruce Hardy was lead researcher on the project report where the string was revealed to the scientific community this week. The cord, found by the crew at Abri du Maras, dated to between 41 and 52 ka. That’s about half as old as the oldest evidence of fiber technology in any respect – the still-eldest of these is in a set of shell beads reported just a couple years ago in Spain. 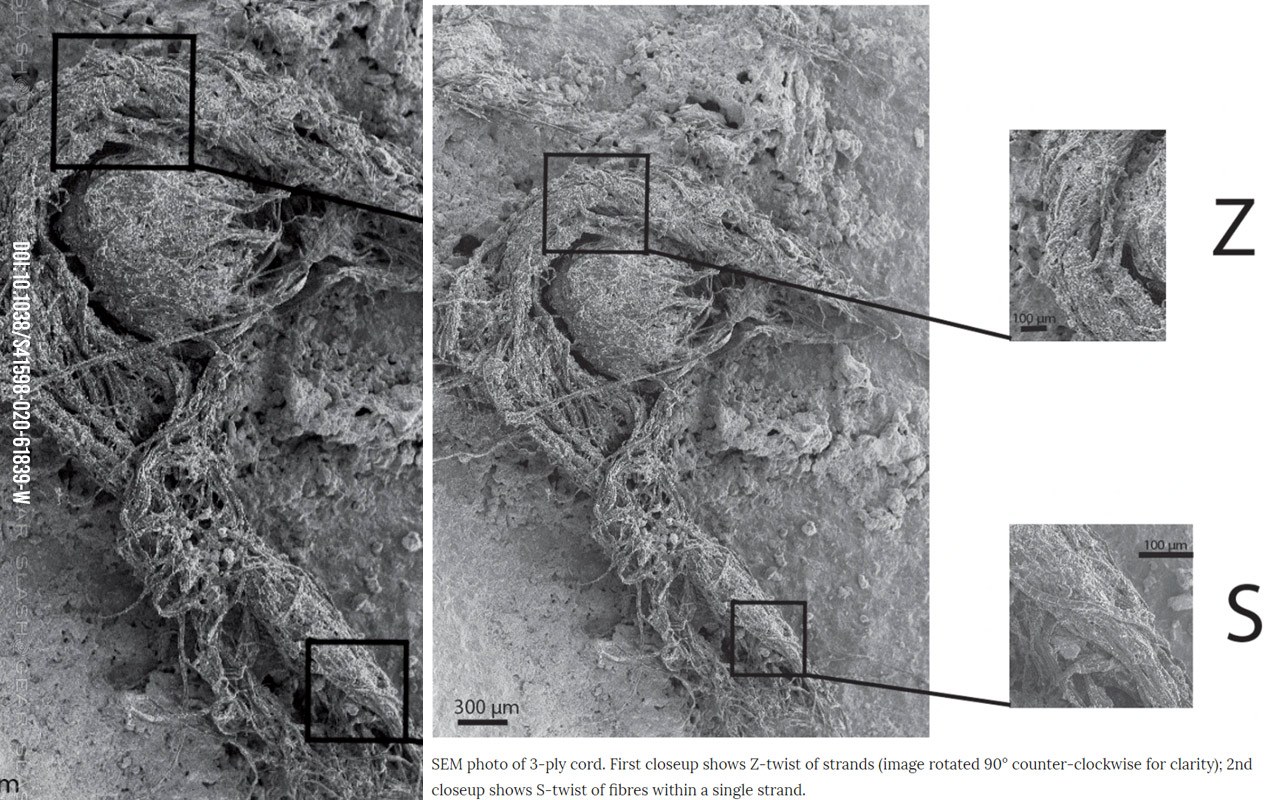 Evidence of much older fiber technology were shown in shell beads from Cueva Anton in research from the year 2018. That was shown in a paper called Symbolic use of marine shells and mineral pigments by Iberian Neandertals 115,000 years ago, as published in Science Advances, authored by Hoffmann, D.L. et al. That evidence did not include the material with which the beads (that were found) were strung as ornamentation.

The research revealed this week showed the very oldest evidence of fiber technology in a preserved bit of cord. This was a 3-ply cord fragment constructed from inner bark fibers on a stone tool recovered from the Paleolithic site. The appearance of this string has researchers questioning commonly assumed nature of the pre-history humanoid in general.

“They are this sort of ultimate ‘other,’ this creature that is very similar to us yet somehow is supposed to be too stupid to live,” said Hardy, speaking with NPR.

The importance of this cord fragment is in the full breadth of possibilities it opens up. When sites as old as this cave in France are found, generally we get to see stone tools and bones. And that’s about it.

But, like our lack of perishable bits of dinosaurs found throughout history, we’re only getting part of the story. For Neanderthals, bones and stones were certainly important, but perishable materials comprised “the vast majority of material culture items.” And these items, by and large, have not survived the years.* 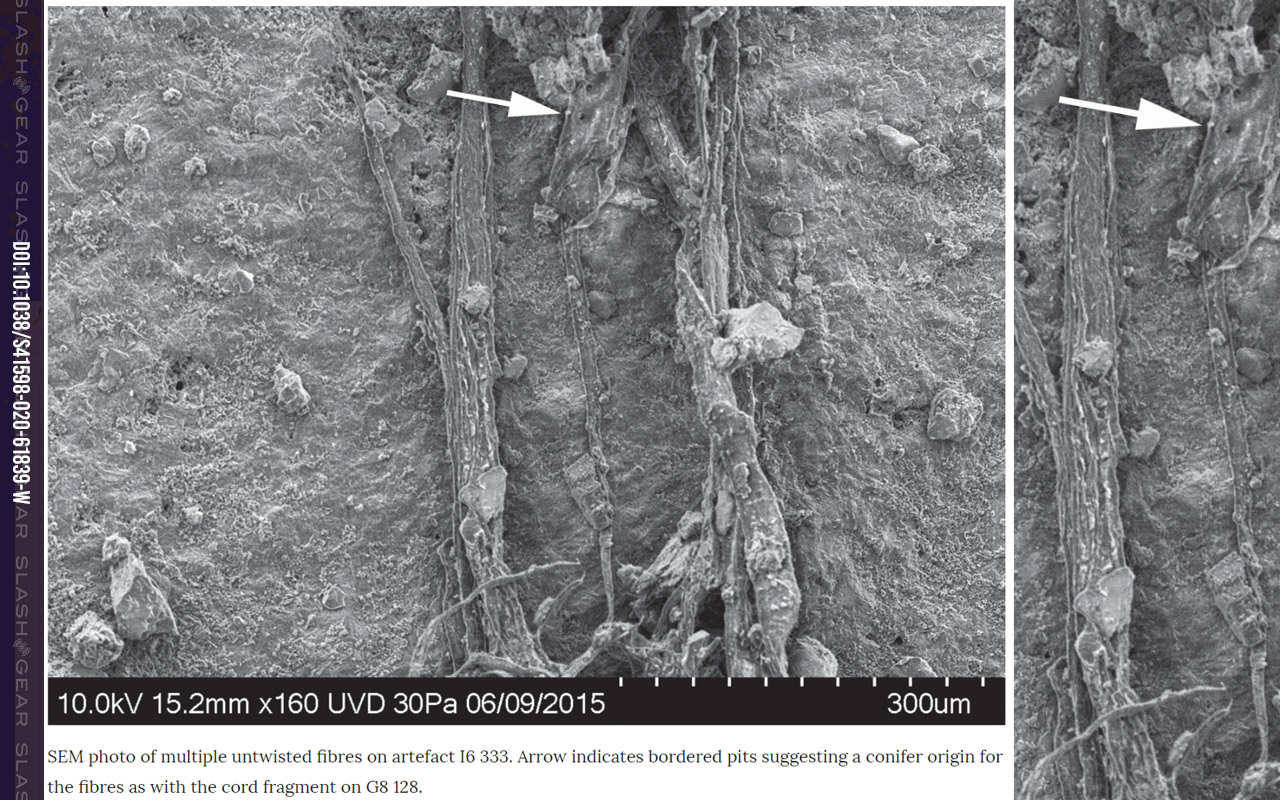 “Almost everything that we want to see is gone,” said Hardy. “And so we have to try to find ways to get as much as we can out of the material that we do have. … Starch grains, bits and pieces of plants, hair, feathers — things like this can all survive.”

For more information on this string, take a peek at the research paper Direct evidence of Neanderthal fibre technology and its cognitive and behavioral implications as published in the journal Scientific Reports. This paper was published on April 9, 2020, with code DOI:10.1038/s41598-020-61839-w and can be read (open access) right this minute.