A new unique dinosaur is helping scientists put together what they call a “a four-dimensional connect the dots.” This is Mnyamawamtuka moyowamkia (Mm-nya-ma-wah-mm-too-ka mm-oh-yo-wa-mm-key-ah), a dinosaur with a tail with a set of bones shaped like hearts. With skin, it’s likely this dinosaur kept its heart shapes largely hidden – much like most people on this day, Valentine’s Day 2019.

According to the study published this week, the name Mnyamawamtuka Moyowamkia gets its combined word sources from Swahili. Mnyamawamtuka means animal, of the, Mtuka. Mtuka is the name of the riverbed in which the dinosaur was discovered. The second word moyowamkia means heart, be, tail, or heart is tail. This dinosaur fits in with other similar titanosaur sauropods discovered previously, but presents a new link between species at the same time.

“Although titanosaurs became one of the most successful dinosaur groups before the infamous mass extinction capping the Age of Dinosaurs,” said said researcher and this study’s lead author Dr. Eric Gorscak, “their early evolutionary history remains obscure, and Mnyamawamtuka helps tell those beginnings, especially for their African-side of the story.”

The titanosaurs discovered thus far were found throughout the African continent. The team responsible for finding this newest entry into the history books has found titanosaurs in Egypt, Tanzania, and other parts of Africa. These discoveries continue to paint an ever-expanding tail of the lives and times of the gentle giants. 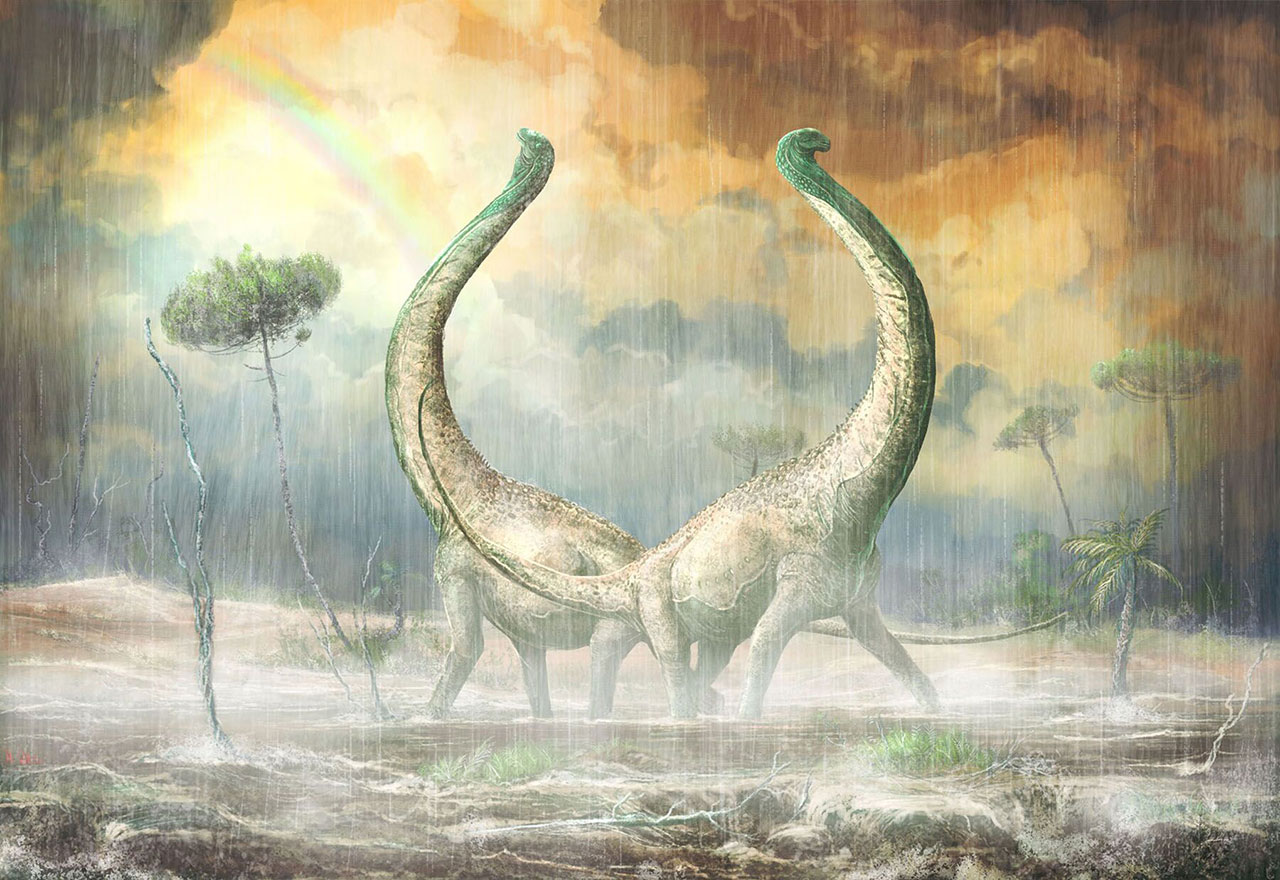 Dr. Gorscak is a recent Ph.D. graduate of Ohio University. During his Ph.D. research, his advisor was Dr. Patrick O’Connor, professor of anatomy at Ohio University. Along with Gorscak, Dr. O’Connor had a bit to say about this newest research and its implications.

“Each new discovery adds a bit more detail to the picture of what ecosystems on continental Africa were like during the Cretaceous,” said Dr. O’Connor, “allowing us to assemble a more holistic view of biotic change in the past.” Gorsack pointed out that this new dinosaur was quite likely “distantly related to other known African titanosaurs,” said Dr. Gorscak, “except for some interesting similarities with another dinosaur, Malawisaurus, from just across the Tanzania–Malawi border.”

Dr. O’Connor made note of the always-changing state of our planet and the need for constant vigilance when it comes to preserving history like we’re seeing here. “Without the dedication of several field teams, including some whose members donned climbing gear for the early excavations, the skeleton would have eroded away into the river during quite intense wet seasons in this part of the East African Rift System,” said Dr. O’Connor.

You can learn more about this creature in the research paper published this week in scientific journal PLOS ONE. The research paper goes by the name “A new African Titanosaurian Sauropod Dinosaur from the middle Cretaceous Galula Formation (Mtuka Member), Rukwa Rift Basin, Southwestern Tanzania” with code DOI:10.1371/journal.pone.0211412 and it’s authored by Eric Gorscak and Patrick M. O’Connor.