It’s time for the mother of all casting calls in the next Star Wars movie: Han Solo – and wouldn’t you know it? It appears that none other than Harrison Ford will be reprising the roll. That is, according to Latino Review – a source that (later in this post) you’ll find has been a surprisingly well-informed source in the past! It’s not every day that we get to report on a new Star Wars movie (even though that may change in a few years time) so it’s all excitement from our end!

The details are not known at the moment on what Harrison Ford will be doing as Han Solo at this point. The amount of movies he will be in is not known. What is known is that Harrison Ford has signed a contract to reprise his role as Han Solo in an upcoming Star Wars film – so says El Mayimbe. This writer has made it clear that he only knows that Ford has signed on to do a film or films in the future, all that’s left is for the studio – Disney or Lucasfilm – to do a formal announcement.

Sound like an awesome deal to you? It’s now possible that they’ll either be doing flash-forwards to when Han Solo was the age Ford is now, or that they’ll have the first (or subsequent) films set in an amount of time relative to our actual timeline. There’s also been rumors of break-away films with character-centric storylines, Han Solo being one of the possibilities too. How about some Tron: Legacy action with The Dude’s face being retro-ized with many virtual markers for a much younger Han?

The possibilities are endless in this extremely advanced virtual effects-driven universe of ours. And we know good and well that the Star Wars franchise is no stranger with the VFX universe – a universe right here and now, up close and personal!

Also note: Our own Philip Berne called it three years ago in a column called How Lucas ruined Star Wars and how to save it.

And as far as this leak goes from Latino Review: If you’ll have a look back at the post Marvel Reporting from the writer named Da7e on their website, you’ll see that they’ve literally been contacted by Marvel Comics in an attempt to bribe them out of their inside sources in the film industry. And this isn’t the first time they’ve had a major scoop either. The scoop we’re having a look at here was so important that writer El Mayimbe went to Fox News Latino to let it be known. Have a peek at this video to see him make it public:

Be sure to stick with SlashGear in our Star Wars tag hub for all the information leading up to, during, over, and past the release of Star Wars VII. We’ll be pumped up and jumping in every single day with the biggest tips, leaks, and final news releases all the way! 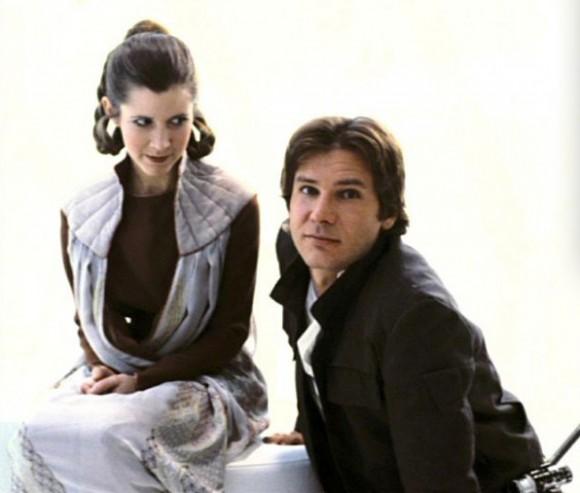