Report: Bigger phones use more of your time

The larger the phone, the more screen time a user tends to clock. That’s what a study published this week suggests. The study comes from the folks at AppOptix and consists of data from 4,000 users surveyed over the entirety of the year 2017. There, they’ve shown that phones with displays less then 4.6-inches use their devices FAR less than those with displays 5.5-inches or larger. Your big fat phone is making you a phone zombie!

The folks at AppOptix showed data from both the year 2017 and what’s expected for 2018. By their calculations, every single metric is expected to grow in 2018. That means daily sessions, daily minutes, and data use (that means more MB per person per day.)

Phone size categories are split into four for this study: Phones smaller than 4.6-inches, between 4.5 and 5, between 5 and 5.5-inches, and phones larger than 5.5-inches. Those very tiny screens are mostly prepaid phones, burner smartphones, and those phones made a few years ago that your everyday average Dad is refusing to replace. 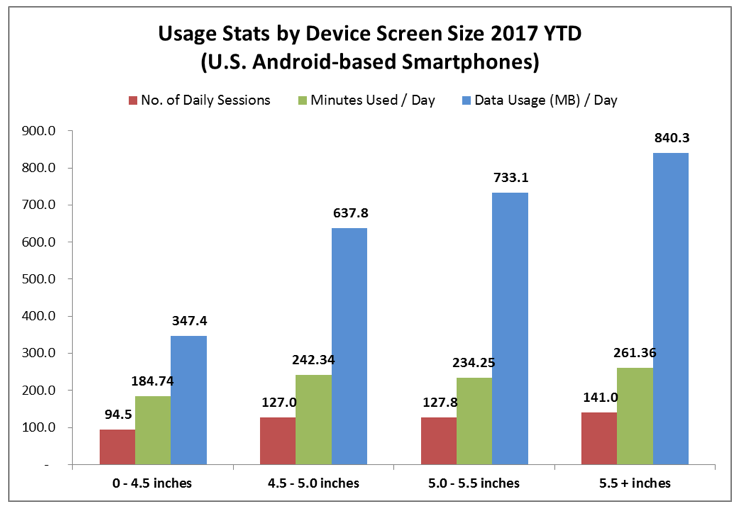 The vast majority of the smartphones out in the wild today are in the midrange size, while the Galaxy Notes of the world are in the third category. Phablets, my friends, are clearly being bought by those users most interested in using their phones the most often. That, or the purchase and ownership of a massive phone makes one feel like they’d better use their smartphone more often than those that have smaller devices.

AppOptix suggests that the two sorts of activities users spend most their time on were (and are) Social and Communication. Next – in a very close third place – is games, then “browsing” – that’s just lookin’ at the web. Entertainment, Lifestyle, and News/ Weather/ Sports were in last place.

It does not appear that the size of the phone had any significant effect on what the user used their phone for. Instead, AppOptix seems to have suggested that, no matter what the device is being used for, the user uses their device more than their friend if their friend’s phone is smaller. 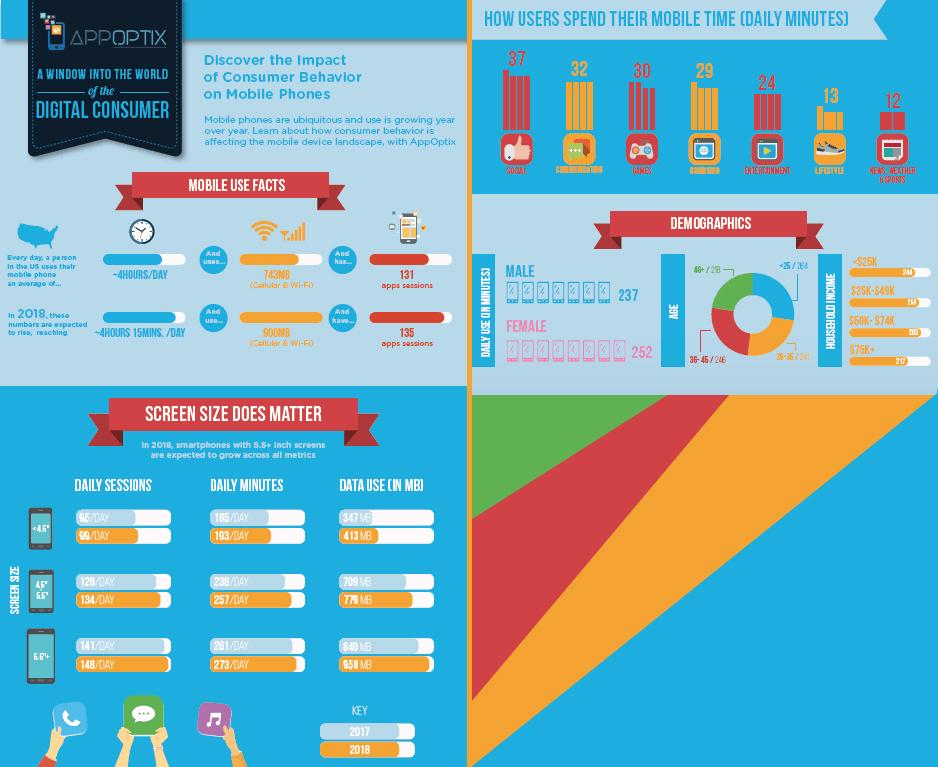 One thing you might NOT want to take away from this is the idea that any smartphone maker is building bigger phones because of the amount of screen time users take part in. The only real connection in that realm is the idea that people that use their phone more are the same people that’ll want those massive screens – and the natural assumption is that these users will be willing to pay more for a phone, which is larger, because they use their phone all the time and without end.

Keep your eyes on the trends and ye shall see the next generation coming in quick. More screen! Smaller phones never, bigger phones forever! Until we reach a point at which smartphones are no longer the must-have device. That’ll happen in the next decade – mark my words!